On 16th of January the Iranian press aired an extensive interview with the Iraqi Prime Minister, Nouri Maliki. This interview exposed Maliki’s true intentions with respect to camp Ashraf residents and the PMOI. Maliki repeated allegations fabricated and circulated which have been the mullahs. During the interview, there were two clear breaches of the MoU.

i. Prime Minister Maliki stated: “We have 121 arrest warrants for individuals in Ashraf for the atrocities they’ve perpetrated.” It should be noted that in addition to being mere fabrications, these warrants also lack legal merit and are clear breaches of the MoU which stresses that all residents are to be relocated safely from Ashraf to Liberty and from there to third countries.

ii. Another alarming issue stressed by Maliki in this interview is that the residents can benefit from an amnesty issued by Iran. Maliki is making this shameless proposal at a time when, in the past month alone, the Iranian regime has issued death warrants for 3 political prisoners – for sympathizing with the MeK or because they have relatives in Ashraf – and in the first two weeks of the New Year 43 people have been executed already by Iranian regime.

In the meantime, the Iraqi government’s policy towards residents of camp Ashraf, including its embargo on the import of many essential commodities into Ashraf and preventing terminally-ill patients from having access to hospitals and specialists, continues to this day.

Maliki’s recent interview with the Iranian media clearly corroborates warnings issued by the Ashraf residents and their representatives previously about efforts by Iranian regime aimed at thwarting chances of success for the peaceful solution for residents. On January 2, 9, and 13 the National Council of Resistance of Iran (NCRI) issued statements and exposed a portion of such efforts. Madam Rajavi (the President elect of Iranian Resistance) proposed an international conference be held to save efforts for a peaceful initiative, in which representative from the UN, US, the EU, government of Iraq, European parliament and representatives from Ashraf would attend. On January 6, Madam Rajavi’s initiative was endorsed by European and US personalities at an International conference in Paris.

Reports from Iran also indicate that Iran’s ambassador to Baghdad, Danaeifar, has requested that Maliki “extradite MeK leadership in Ashraf to Iran”. Maliki has pledged to fulfill this demand by the end of the new deadline. These reposts also indicate that in line with instructions form Iran, the Iraqi government has “installed high concrete walls and has stationed a considerable number of forces at the new location” with the intention of increasing its pressure on the resident and obliging them to go to Iran. In addition, the Iraqi government continues to impede “implementation of the MoU and refuses to honor its obligations and is stalling the process to claim, in the end, that the residents are the ones who’ve refused to cooperate and have violated their obligations and agreements”.

Transforming camp Liberty into a prison and obtaining UN’s approval

The Iraqi government is continuing efforts to turn camp Liberty into a prison. The camp’s total area, which was said to be 40 sq. kilometers, has now been reduced to 660000 sq. meters according to the SGSR. The government denies a team of Ashraf residents visit to camp Liberty and no specific information is given on the camp. Despite all concerns and questions raised by Ashraf residents about the total area, the living standards and minimum acceptable conditions for moving to camp Liberty, the UNHCR and UNAMI are not taking any responsibility.

It is interesting to note that while even a small group of Ashraf residents are not allowed to visit camp Liberty for assessing the conditions at the new place to prepare for relocation, agents of the terrorist Quds force, through frequent trips to the camp, have installed espionage devices and surveillance cameras allowing monitoring and control of the residents both by the Iraqi Intelligence Service and Iran’s embassy in Baghdad.

Yet, it is more worrisome to hear that the government of Iraq is seeking to obtain a certificate from the UNHCR for this prison, whereas this camp is of much lower standards comparing to current living conditions in camp Ashraf despite being under inhuman siege for three years.

With regard to the aforementioned facts, such relocation would definitely be a forcible relocation violating UNHCR’s standards, the statement by UN’s Secretary General and his emphasis on a voluntary relocation.

Dr. Alejo Vidal Quadras, Vice President of the European Parliament, in a statement on January 17 had urged UNHCR and UNAMI to refuse from issuing a certificate for camp Liberty until minimum acceptable conditions have been guaranteed. Mr. Vidal had stressed that “adequate living space, absence of Police forces inside the camp, freedom for transferring movable assets and vehicles as well as official guarantees by the government of Iraq for not arresting or persecuting the residents on their way from Ashraf to camp Liberty and until their departure from Iraq are minimum conditions, without which camp Liberty would be viewed as a prison; and neither the residents of Ashraf would accept that, nor the international community will remain silent in the face of it.”

It should be noted that the deadly explosion in Basra on January 14 by a terrorist suicide-bomber wearing the police uniform is a repeated warning to the presence of police forces within the residents’ living compounds. It further signals nefarious intentions against the residents, particularly since al-Maliki’s recent comments revealed his intention for arresting and killing the residents of Ashraf.

Ambassador Martin Kobler has indeed made it clear for the residents and their representatives that they might have to wait up to 3 years in camp Liberty until being resettled outside Iraq. Given these conditions, it would be unacceptable to view camp Liberty as a “Temporary Transit Location (TTL)”. Such place should in no way be recognized as temporary and as a transit location by any standards. In such case, the UNHCR must approve a location with conditions similar to camp Ashraf or at least close to it rather than sending the residents to a place which is quickly developing into a prison.

In his letter to UNHCR Professor Guy S. Goodwin-Gill a prominent international jurist and an expert on refugee’s law said: “In UNHCR practice, there is a difference between a ‘refugee camp’ and a ‘transit camp’. A refugee camp is generally a medium to long-term response to a large-scale influx of refugees and asylum seekers, while a transit camp, as the name implies, is a temporary stop-over on the way to a durable solution, either voluntary repatriation or third country resettlement.

Movement to a transit camp in fact presupposes that a durable solution is already available, for example, that the individuals in question have been accepted by a third State as refugees to be resettled. The transit camp therefore serves limited, short-term purposes, such as gathering family members together, finalizing documentation including visas and travel papers, final health checks, immunizations, and perhaps some preliminary counselling on what to expect. Refugees in transit are not expected to be self-sufficient, or to cater for themselves, or to need recreational space, for they will generally be there for a matter of days only.

UNHCR thinks of transit camps, for example, as being designed ‘for short stays of 2 to 5 days…’, with their capacity or size depending primarily on how many people will be channelled through the camp and their expected duration: UNHCR Handbook for Emergencies, 3rd edn., 2007, 223.

Time, however, is what matters. Whenever residence goes beyond those few days, other considerations come into play and additional services and facilities must be provided. UNHCR emphasizes that accommodation for refugees must meet certain basic human standards.”

Prof. Goodwin-Gill comes to this conclusion that according to what he explained the relocation of Ashraf residents is a forcible relocation and therefore it is illegal and against the law.

Iraqi government’s obstructions for resettlement of residents in third countries

While the government of Iraq claims it is looking for departure of MEK from Iraq, but five months after the residents’ individual applications for refugee status have been filed to the office of High Commissioner for Refugees, the process for reaffirming their refugee status has not initiated yet. The government has made this process conditional on relocation of the residents to camp Liberty; and the camp is not only unprepared, but it is also being transformed into a prison to exert more pressure on the residents as I already mentioned above. This unacceptable delay has been impeding the resettlement process.

The international lawyers, MPs and human rights activists are now facing the question that who has actually planned relocation from Ashraf to Liberty, and what has been the ground for it? This question has been left unanswered. While the guns are being aimed at Ashraf residents and they are threatened to be attacked and killed, compelling them to relocate to a place inconsistent with defined standards is nothing but a compulsory relocation seeking to eliminate the Iranian regime’s opposition movement. And insistence on such move by any party prior to issuing a certificate based on acceptable standards is complicity in this plan. 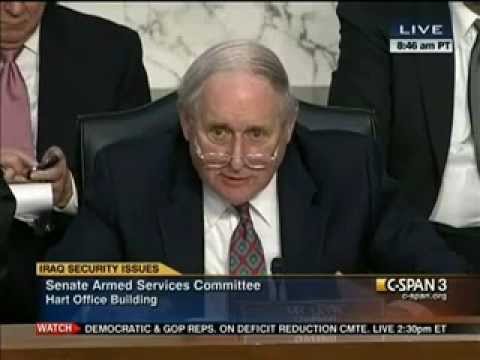