What makes Drew Peterson so interesting, is his casual composure (29 years as a police officer probably made a contribution to this), his easy come, easy go demeanor (as a thin skin exterior), while we sense underneath this fragile surface, he’s boiling over with rage and indignation (towards women) in a warped Freudian display of socio-pathological imbalance of the heart and mind. Rob Lowe captures this duality perfectly in Lifetime’s Drew Peterson: Untouchable!

The floundering salt and pepper pompadour hairdo and brushy mustache didn’t hurt either. And Rob nailed (to the movie-made-for-TV wall) a precision-tuned Chicago accent and emotionless, professional manner, of which DP carries himself so supremely (gleaned from the multitude of television interviews he’s given). 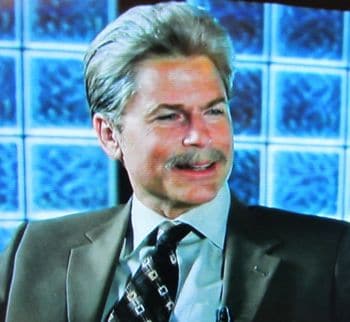 It’s obvious Lowe studied intensely for his role as possibly the most demented cop who has ever walked on urban American soil. I went back and watched over again some of the real DP’s interviews, so I could tell what Lowe has accomplished as an actor (when sporting the blue robes of a rogue).

If we factor in as a given, that Lifetime produces these types of mediocre movies as if they’re popping forth from a Jello mold, then we can be alright and filled with appreciation for what they have come up with in this most intriguing, yet dark story of Drew Peterson and his four wives, who had to put up with his flagrant abuse, and in two cases, ended up losing their very lives (which is as far as abuse can go).

Moreover, we can allow a few inaccuracies in the chronicle, such as “I’m untouchable, bitch!,” since they capture the spirit of what may have happened, and they add a good deal of dramatic panache, which makes for much better television.

The primary purpose of this TV movie should be to inspire people to return to the original stories archived in the news (Wikipedia does a good job at leading you back to these sources), so they can attempt to piecemeal for themselves everything we know about how Stacey Peterson vanished on October 28, 2007, and about the confusion that went on regarding the death of Drew’s third wife, Kathleen Savio, where the coroner had originally ruled her death was an accidental drowning. I can say for myself, it had this affect on me (as I watched Drew’s Dateline interview with Hoda Kotb). 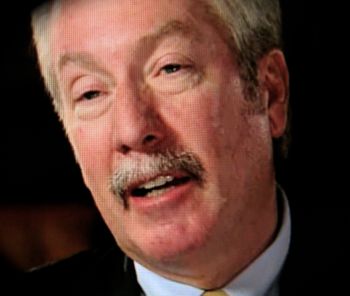 A blood-curdling, carmine chill ran down my spine when watching a cool, calm, and collect DP bounce-off hard question (from Hoda Kotb) as if he was wearing a bullet proof vest. Once again, kudos to Rob Lowe for picking-up on this Teflon-Don quality that Drew so easily juggles when under the gun of an oppressive pressure from a hungry as wolves media and fellow officers, who are beginning to see through his web of lies. Let me also put in a few words of praise for Kaley Cuoco, when playing Stacy Peterson, who captured so nicely the sheer terror of DP’s possessiveness and jealousy, which had no limits.

I loved all of Kaley Cuoco’s scenes, but my favorite was her confession to her priest regarding her knowledge of Drew’s culpability in the death of his third wife, Kathleen Savio. Apparently, he had confessed to her murder and at one point threatened to kill her if she ever exposed him. 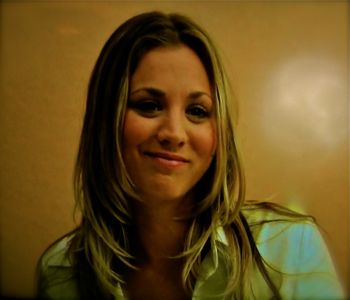 We are petrified as Stacy tells her priest these shady trade secrets, which must have weighed heavily on her during her latter days, before she leaves the picture entirely. It’s only speculation, but we notice this probably provided a motive for Drew to get rid of her. When you think about this psychological reality (of pressure and control), things just get scarier and scarier!

No, this ‘Untouchable’ flick is not a masterpiece, but it does a good job of leading us back to one of the most chilling accounts of true crime we’ve seen in many years. The gist of what makes DP occupy our thoughts so frequently (both in dreadful daydreams and recurring nightmares that are incapable of closure), is the ‘he was a policeman angle.’ We can’t get it through our heads, but we know it’s true.

No one is going to know better (how to be a criminal) than a veteran cop gone rogue, who knows (or thinks he knows) how to commit the perfect crime. Drew didn’t accomplish this, but he’s such a sicko sociopath, he almost convinces you he did. You may recall, Alfred Hitchcock had an irrational fear of cops; we can see why now (in this context).