The citizens of South Korea today are strenghtening ties of family through celebrating the Korea’s Children’s Day.

Children’s Day in Korea is considered by Korean children as Christmas where it is a time for gifts and fun. On this day, parents are free to indulge the wants of their children by taking them to amusement parks, movies, parks and zoos.

Children’s Day is celebrated on May 5 and was founded by the Korean children’s writer and storyteller Bang Jung-hwan in 1923 as a way to inculcate in the children a sense of independence and national pride. The big day highlights the dignity of children and their need for love, care, and respect. 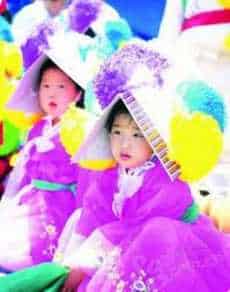 US Secretary of State Hillary Rodham Clinton today sent best wishes to the children and families of Korea on Children’s Day.

She says parents and children spend the day strengthening the ties of family.

“We reflect on the important steps that Korea has taken to promote the welfare of children and future generations, from investing in education to promoting a cleaner environment.” -Ms. Clinton

The United States fully supports the Republic of Korea’s role as a global leader in these and many other areas, she stressed.

The United States is committed to building a global partnership with Korea so that children in Korea, the United States and all over the world can enjoy a peaceful and prosperous future.

“On this special day dedicated to our children, I thank Korea for its leadership and partnership as we work to realize our shared vision for a better world. Know that the United States stands with you as a partner and a friend.” -Ms. Clinton

Both countries has reaffirmed strong alliance for so many decades.

KORUS marks an historic milestone that will lead to even more trade and investment between two countries.

On April 2011, the United States expressed commitment to ratify through its Congress, the Korean free trade agreement by the end of 2011.

United States-Korea Free Trade Agreement (KORUS) would expand trade and investment flows between the two countries across a comprehensive list of economic sectors including agriculture, industrial and consumer products, automobiles and textiles.