The Secretary General said that although Somali football works under difficult circumstances in the chaotic country, he is very proud of his team’s capability which he believes will score a tangible success during the upcoming clash against Tanzania. 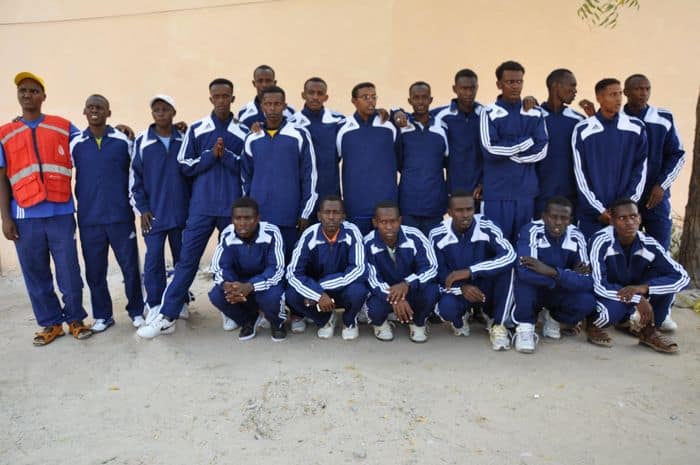 The Somali national team members, who have been under huge preparations for the past three months will face Tanzanian Taifa stars on March 27, the second leg of the CHAN qualifying match for Somalia which defeated Djibouti by one goal to nil on January 8 this year in a hotly contested game at the Guled Stadium in Djibouti.

Somali coach Mohamed Abdulle Farayare said in a press conference at the Somali police academy before departure, that he has more confidence in his boys and is hopeful to destroy Taifa stars.

“I know what Taifa stars are and my boys also know how to defeat them even while at Uhuro Stadium, because we defeated them before at home,” the Somali national team squad coach stated. 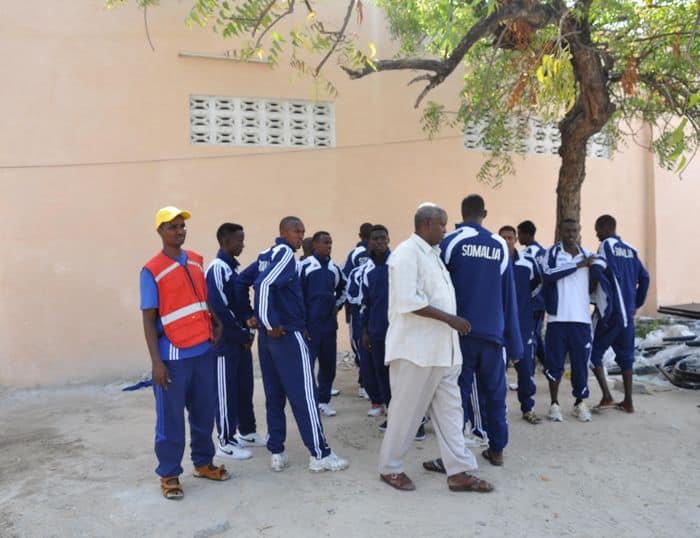 “We have been doing daily exercises since January and we have confidence in ourselves that we will prevail over Tanzania despite the insecurity and the chaos we are facing in Somalia” the National team captain Yusuf Ali Nur told reporters in Mogadishu on Tuesday morning.

The Somali squad fled from their former training base in the volatile north east of the capital because of the daily armed confrontations between the Somali government and Islamist insurgents who want to topple it and establish a Taliban-like Islamic system in Somalia. 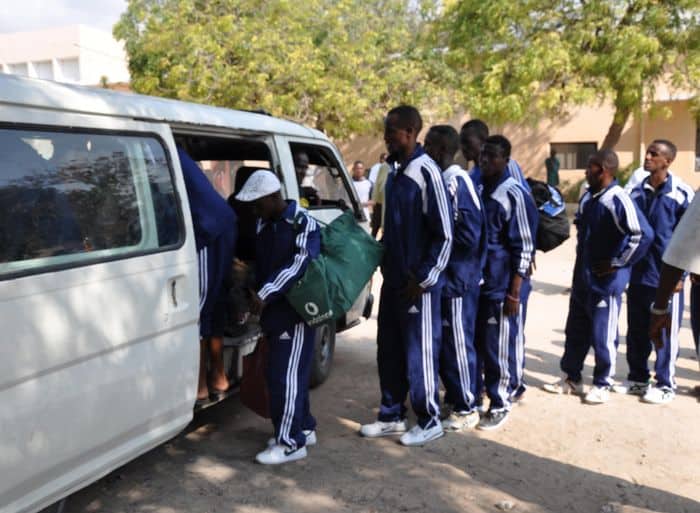 Somalia has been without a functioning central government for the past two decades during which all the country’s infrastructure and governmental institutions were completely destroyed. Football has been Somalia’s flag carrier and succeeded in raising the war-devastated country’s flag over international football gatherings.