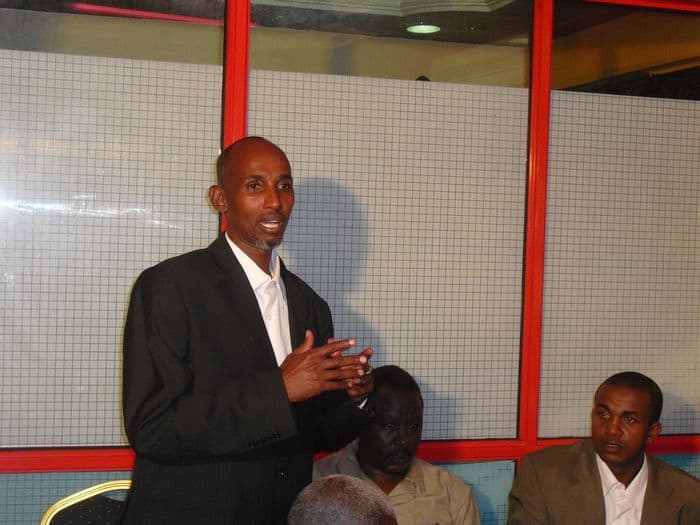 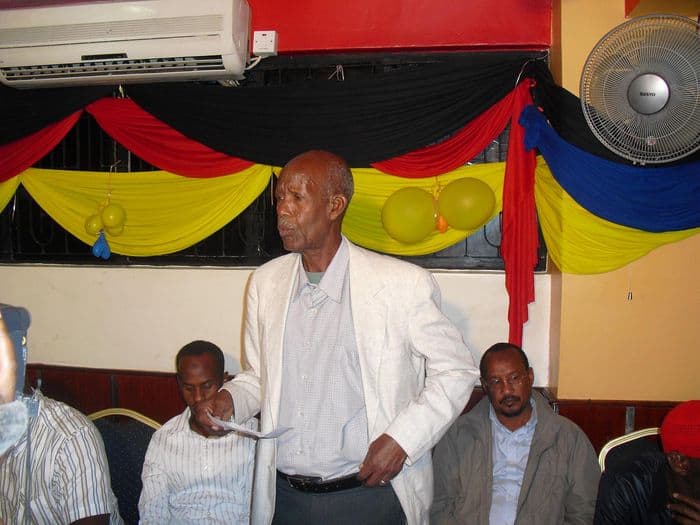 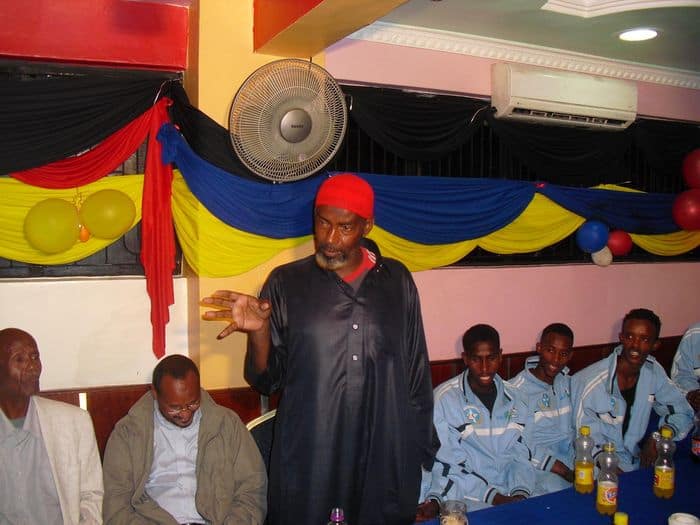 “Somali football family members are doing the national task every where in the world and here in Nairobi we have the East Leigh stars who are participating in the Kenyan league-the team has played 21 matches and we have had 11 victories, 5 draws and 4 defeats, so we are also happy that we are doing much work here” he added. 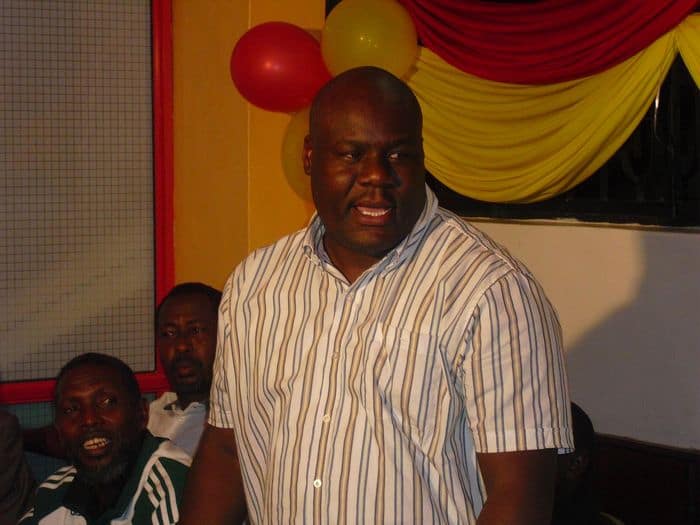 “While Somalia is experiencing one of the most dangerous times yet, we see that SFF is doing a lot of work, so we have to encourage and congratulate it” he said adding that the East Leigh stars in Nairobi are also stepping up. 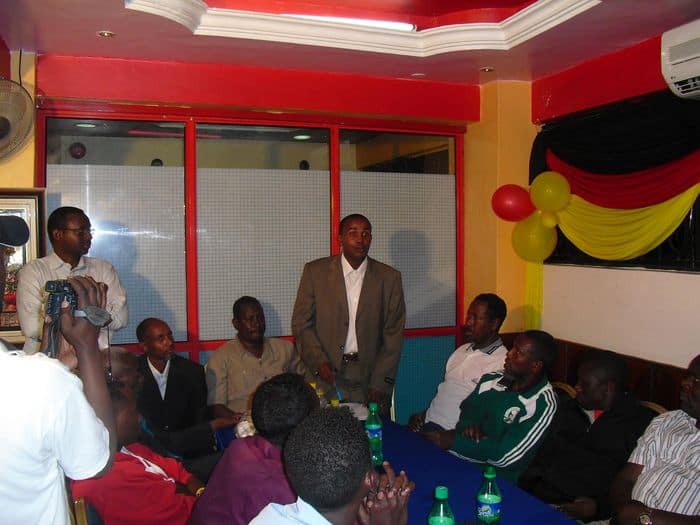 He presented 20 soccer balls to the manager of the East Leigh Stars and hoped they will win in the ongoing 3rd division football league in Kenya. 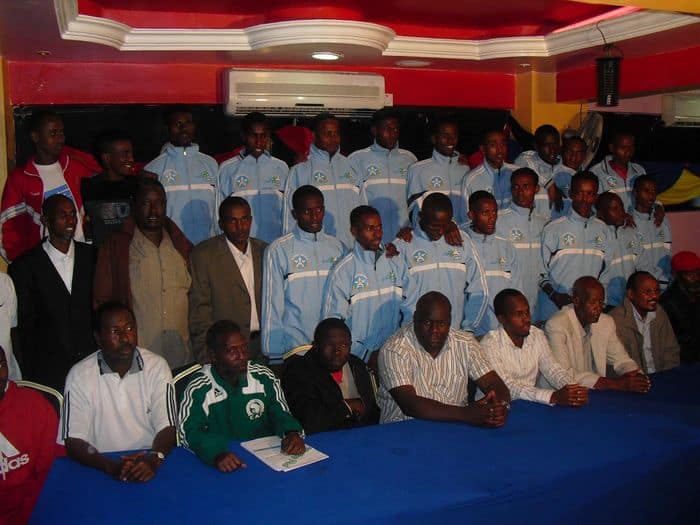 “We see some tangible progress, because as you know Somalia had never had two teams going for international matches at one time, but now it happened and as you see the U-20 is coming from Asmara, while the U-17 is currently training in Doha the capital of Qatar in preparations for a hot contest against Egypt next moth, so we are very grateful to our Football Federation which is doing more than its capacity” he said. 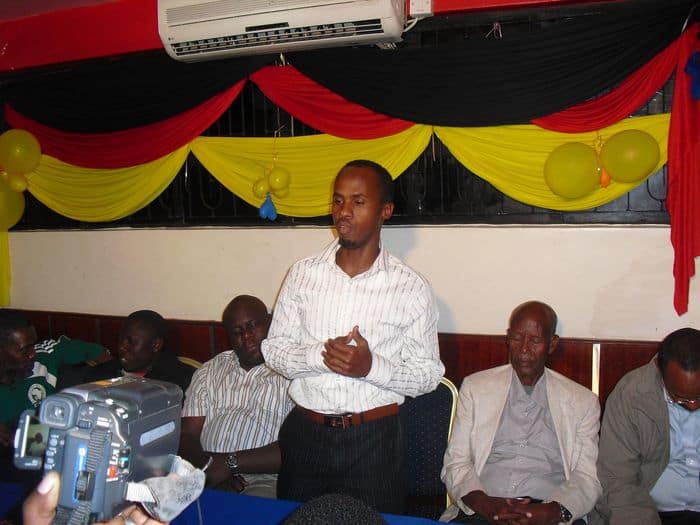 “The East Leigh Stars are making progress, but what we are lacking is financial support, because football cannot continue with out enough budgets, so we call on the Somali business people in Kenya to support the East Leigh Stars who have been making huge progress for the past few years” 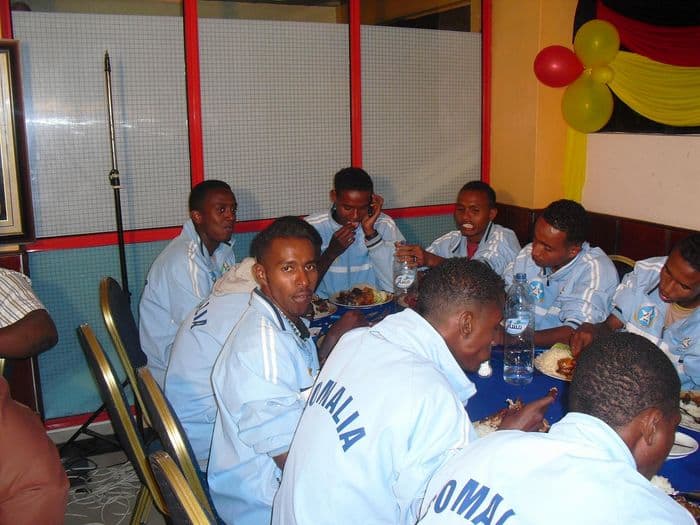 “We are sending a particular request to the US embassy in Kenya which is very interested in the continuation of Somali football activities here in Kenya and we are grateful to Ambassador Michael Ranneberger and the staff of his embassy who have many times in the past organized football activities in Kenya although they had never had any contacts with the East Leigh Stars or the sports community here in Kenya. But we are very hopeful that we will work together in the near future” the Boss of the Somali sports community in Kenya added.

Finally Mr. Dennis Shilibwa, the chairman of FKL in the Nairobi province, a close friend of the Somali football family in Kenya who was honored to address at the ceremony praised Somali people for their commitment to football.

“Somalia is at war and football is developing in Somalia, I could not believe that such hard work can be done in a war-weary country like Somalia, but it really happened” Mr. Shilibwa stated sending his best congratulations to the Somali team for its hard working and good performance although it was not able to reach the semis of the CECAFA U-20 tourney for friendship and development held in Asmara.

The team is now back in volatile Mogadishu, where artilleries, tanks and mortar fires are hitting every where, as fighting between Islamist insurgents on one side and Somali government forces and AU peacekeepers on the other side is escalating.