The Somali Football Federation (SFF) on Friday held a huge ceremony to inaugurate President Said Mahmoud Nur who has been re-elected to the post of presidency on the 19th of July to lead the federation for another four years. 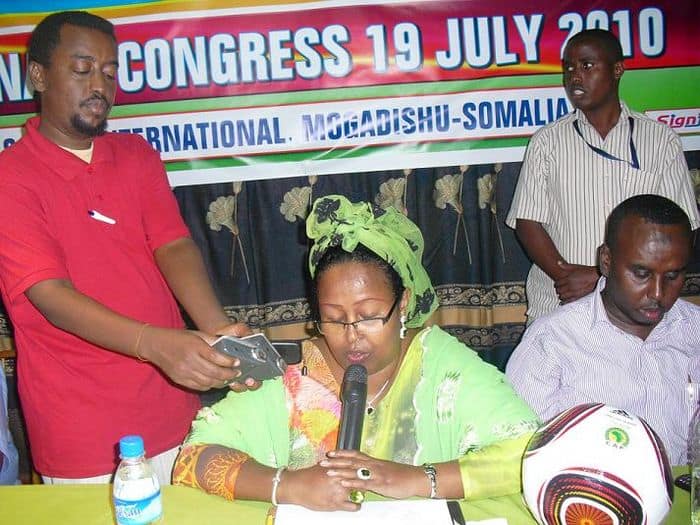 Somali Football Federation Secretary General Abdi Qani Said Arab who first addressed the inauguration ceremony said that his federation became the first sporting association in Somalia, which spread its activities throughout the country. 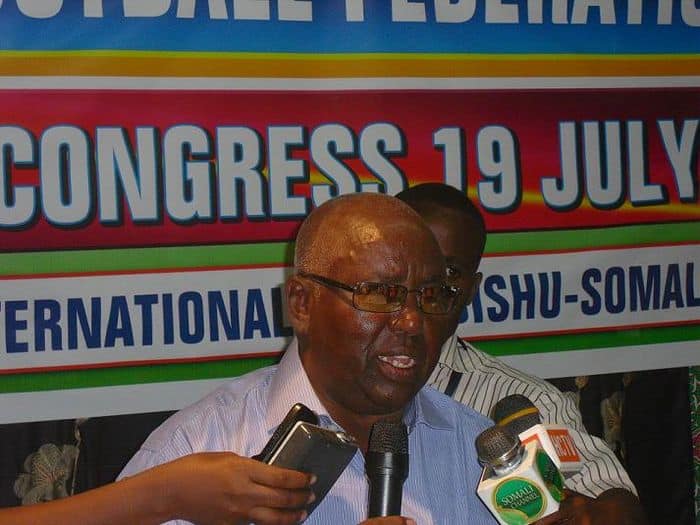 “I think we have opened a new door for other sporting federations in Somaliaand I hope they will follow behind our foot steps,” Mr. Abdi Qani Said Arab added transferring the microphone to President Said Mahmoud Nur. 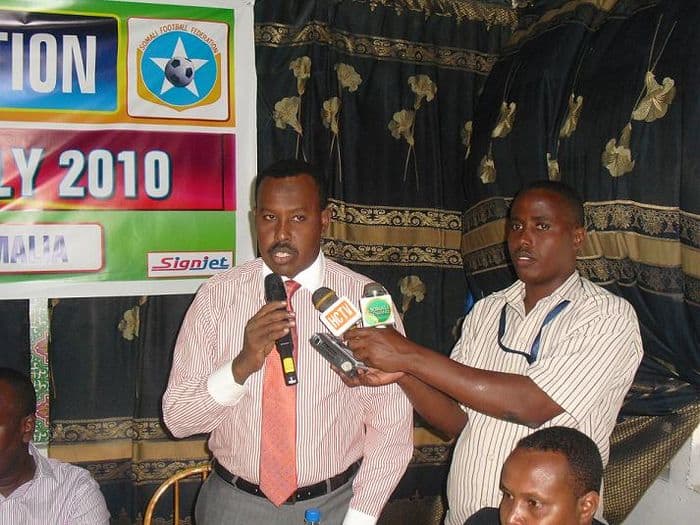 “We have not been elected to sit on the beautiful chairs at offices and stay with doing nothing, but the reason we were elected was to do our duties faithfully and in accordance with the constitution, so to accomplish such hard job in this chaotic country which is now under going a very difficulty situation, when it comes to humanity and security, we need the assistance of every football loving individual” the inaugurated president stated. 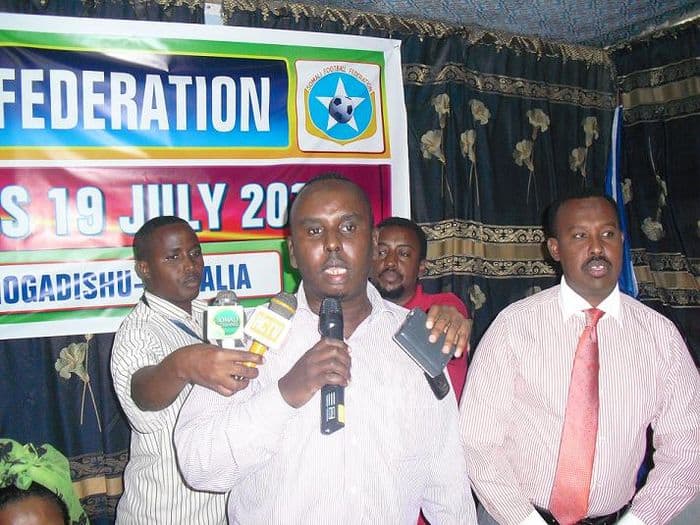 “I take advantage from such occasions and I am once again telling the authorities of sporting Federations in Somalia to have the job done regularly, because every federation will be valued with what it has done” the Somali NOC president said. 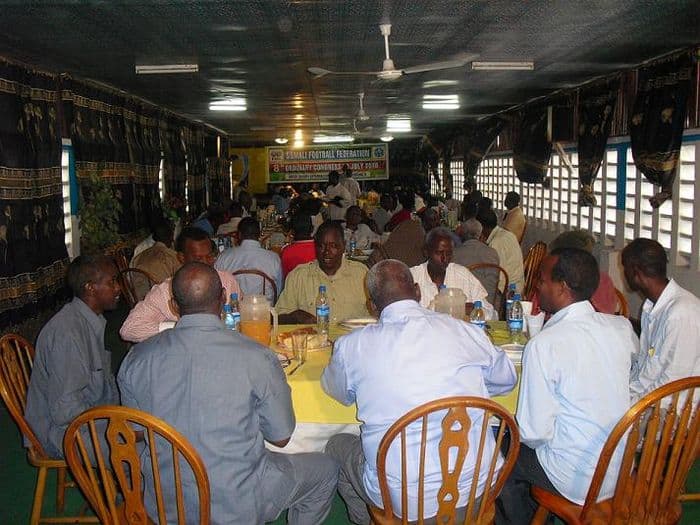 Somalia’s first ever National Football team captain Mohamed Qalaf Aden (Shangole) who addressed at ceremony praised the Somali Football Federation for its past activities and encouraged SFF authorities to redouble their efforts. 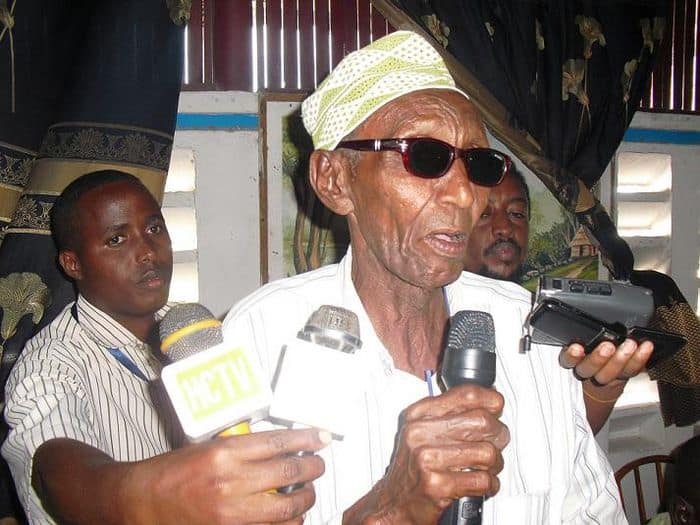 Somali Youth and sports minister Khadija Mohamed Diriye who said that Somali government is prioritizing sport, because sport specially the football can help rehabilitate the thousands of children who have taken up arms in the past. 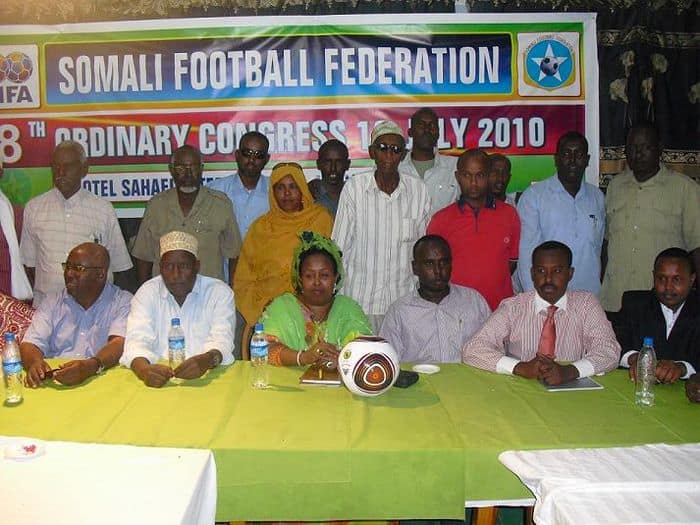 “A long way is ahead of us and a hard job is waiting for us, so we must work jointly because unity is power and united we stand divided we fall” the minister said.

“The Somali football federation is praise worthy, because it had regional representatives, former coaches, players and referees into its executive board and this had never happened in Somalia before, so we can describe SFF the pioneer of Somali sport” she said.

She praised the president of the world football governing body (FIFA) Joseph S. Blatter for his great assistance in developing football in Somalia and requested him to continue such generous help to Somalia.