On Thursday the 15th of September the Somali Football Federation ‘SFF’ concluded its annual congress in Mogadishu, during which many important agendas relating to the country’s football promotion were discussed.

After the opening address by the Somali Football Federation president Said Mahmoud Nur, secretary General Abdi Qani Said Arab outlined the congress agendas to the stakeholders including regional representatives, associations and football club presidents from across the country. 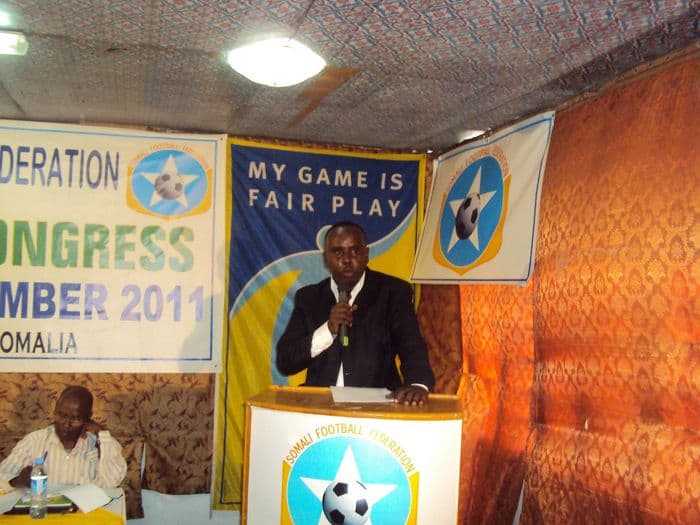 SFF president Said Mahmoud Nur said in his address that the Somali FA has been working in a devastated country where the gun is the law, but despite all difficulties the SFF succeed in its mission of building football in Somalia. 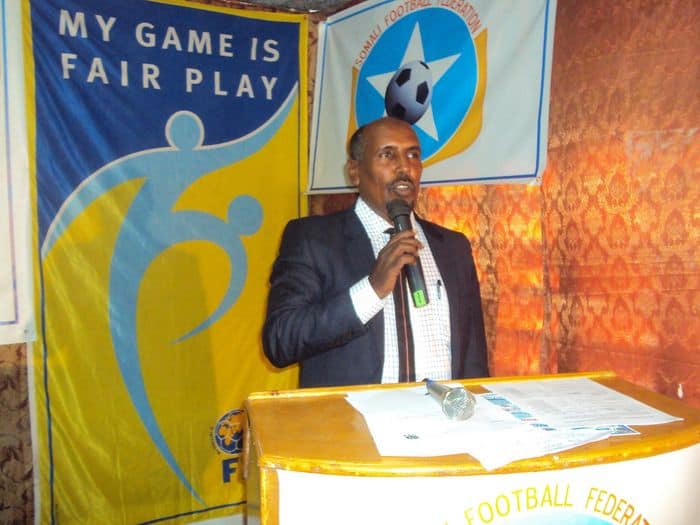 “O behalf of Somali Football Federation I am very grateful to the International football governing body FIFA under the chairmanship of our Friend Joseph S. Balater for its recent announcement of one million US dollars in aid for the famine victims in Somalia” the president said in his opening address. 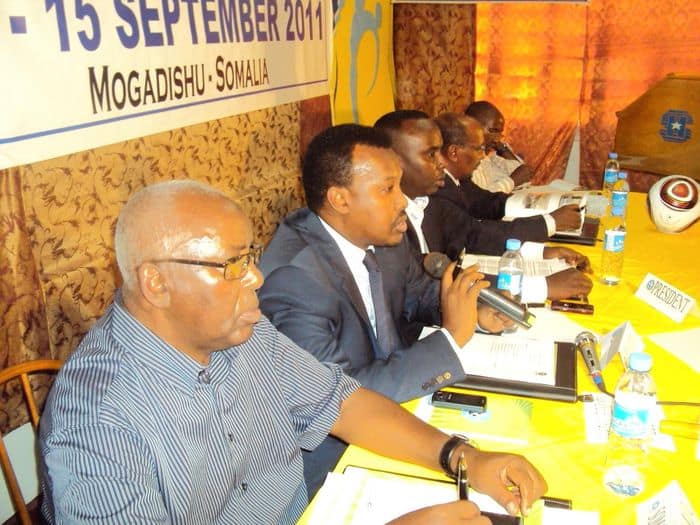 “I see some very mentionable developments that didn’t exist in my era, because clubs have freely elected the current federation and they have the right to fire if it doesn’t work properly, but I how ever confirm that a good job is being done and I congratulate the current SFF leaders for what they are doing” Somali FA former secretary General Yasin Abokar Arif told the congress.

“All agendas discussed in the congress were in accordance with the constitution and we are happy that they were unanimously and satisfactorily approved” secretary General Abdi Qani Said Arab told post congress press conference. 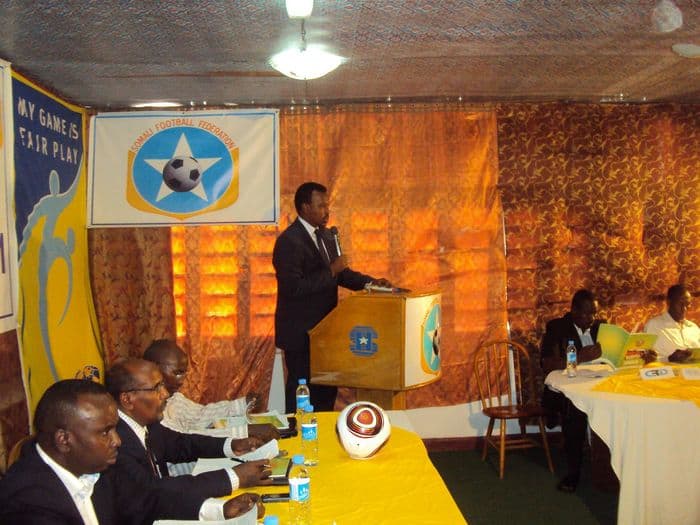 President of the National Olympic committee of Somalia Aden Hajji Yeberow who was honored to address the congress said that he was fully admired at the successive activities by the Somali Football Federation which he said was praise worthy. 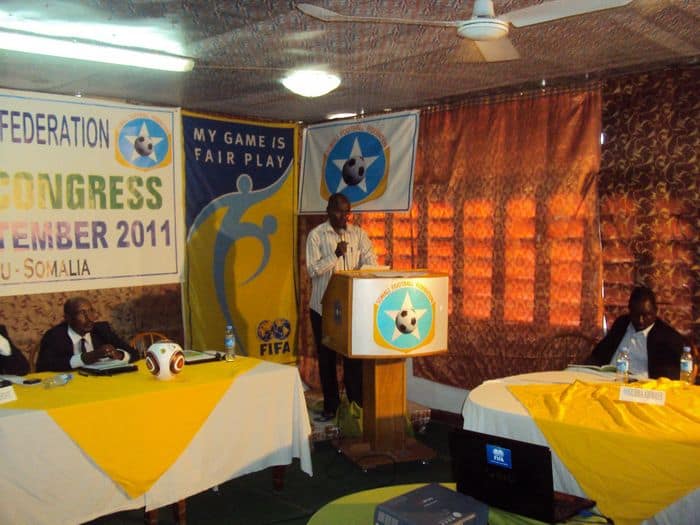 The country’s three largest telecommunications companies, Hormuud Telecom, Nation Link and Telcom Somalia along with the Center for Research and Dialogue ‘CRD’ and the Somali Students’ Union were also invited to the congress.

The students’ Union is partner with the Somali Football Federation in terms of the schools soccer tournament which is annually held for children under 15 years of age. Mohamed Abdullahi who leads the Students’ Union pledged that his association and the Somali FA will enlarge the schools competition after the current school year ends. 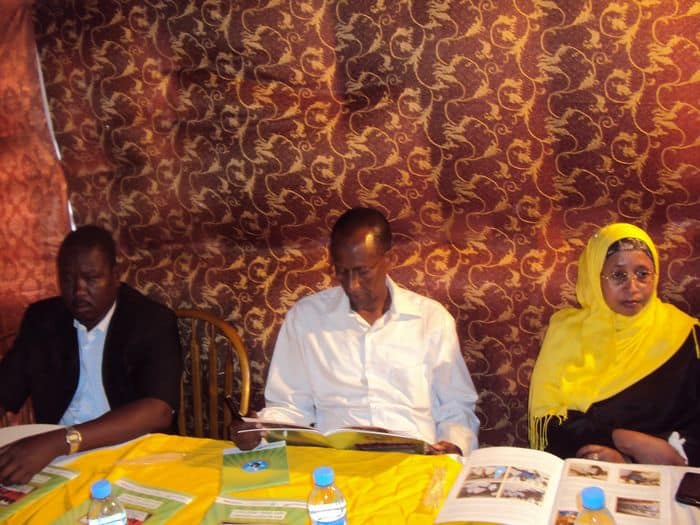 How ever the congress sent a message to the International Football governing body FIFA demanding it to give a particular attention to Somalia where football is fully recovering after more than two decades of civil wars which caused a huge damage on football which is which about 95% of Somalis love.

Mean while on Thursday afternoon Somali Football Federation opened a soccer competition for 4 districts in Mogadishu which were mostly destroyed by fighting between Islamists and Somali government forces for the past two and a half years.

Sponsored by Somali Youth Advocacy Organization ‘SYAO’ the knock out competition is intended to encourage the reopening of high ways in the capital specially those in the districts where the worst armed confrontations took place. 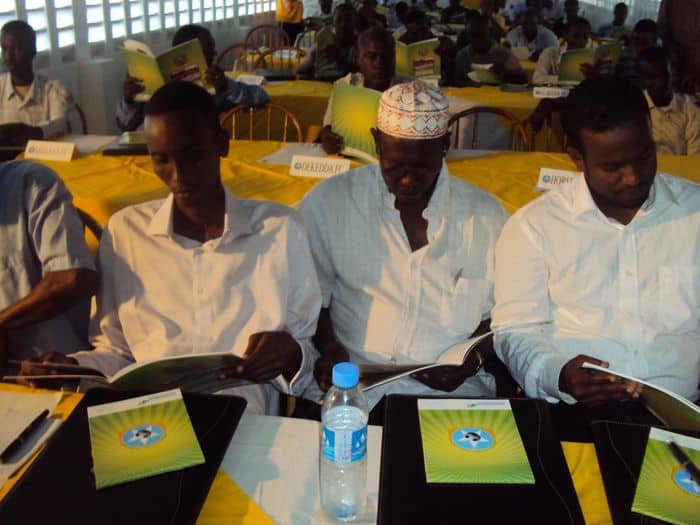 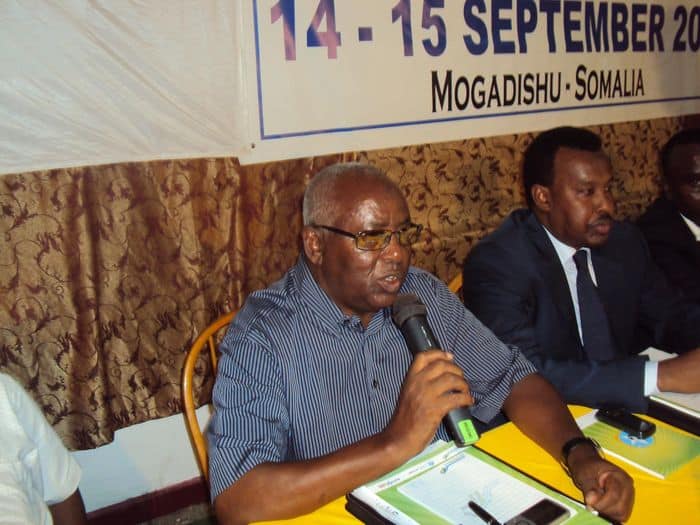 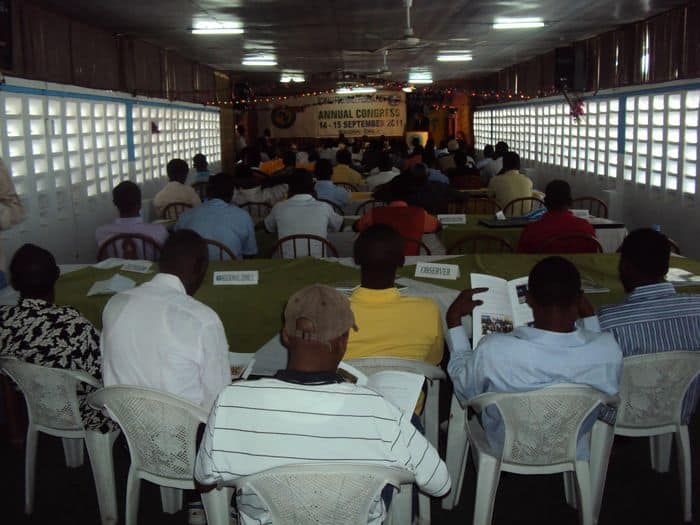 ABOUT US
NewsBlaze is the alternative business and world news newspaper, with entertainment, music, politics, and the latest breaking news and videos.Visit the NewsBlaze Pressroom to see NewsBlaze in the News
Contact us: [email protected]e.com
FOLLOW US
© Copyright (c) 2004-2021 - NewsBlaze Pty. Ltd.
Posting....
Go to mobile version