Authorities in the semi-autonomous Somali state of Puntland have banned three independent radio stations from operating in areas they control, while the federal government forces have beaten several journalists in Mogadishu as part of the suppressions against the freedom of expression in the country.

The Somali Sports Press Association is totally condemning the latest acts which the SSPA termed as unacceptable and urged the Puntland regional authorities to cancel the ban which shows that Somali authorities are still continuing suppressions and violations against the freedom of expression in the war-devastated country.

“The Somali Sports Press Association is totally condemning the move which is intended to intimidate and silence the independent media in the country-the SSPA is urging the Puntland authorities to withdraw the imposed ban,” SSPA presidential statement said here on Friday.

The Puntland ministry of information issued a decree dated on 21st of February, but was read to the media offices operating in the Puntland region on Thursday. The decree says the Puntland administration had taken the decision to ban three radio stations from operating in areas it controls. 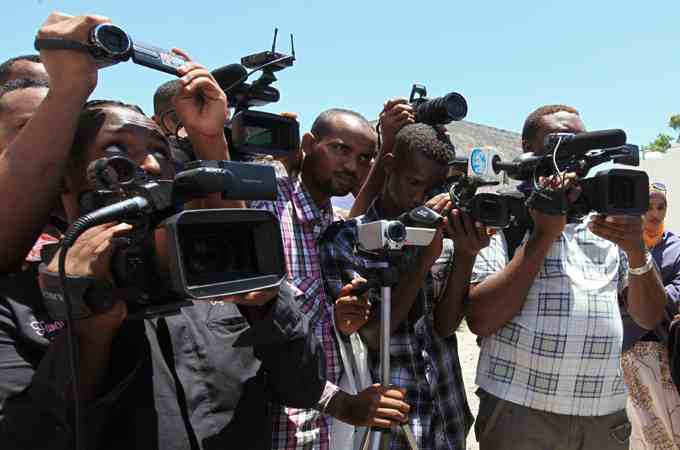 The banned stations are: Radio Bar-kulan, Radio Ergo and radio Hirad. Journalists working for those radio stations were also ordered to stop working or otherwise they will face what the administration termed as ‘bad consequences’ which can be arrest or most cruelly killing.

Despite the federal government pledged it will respect freedom of expression in the country, Somali journalists are still oppressed by the government and they are targeted by the Al-Qaeda-proxy Al-Shabab terrorists who are said to be the main killers of journalists operating in Somalia.