The Somali Youth League 2nd has concluded the first phase of a large campaign which intended to teach Somali youths different work professions and sports in a bid to protect them from being mobilized by militants and other war-mongers in the country.

The youths include both women and boys were taught computer, journalism, sewing machines, football table tennis and chess during the past three months, according to Farah Hajji Ali, a senior SYL 2nd official who addressed at a workshop to inaugurate the end of the first phase on Thursday afternoon. 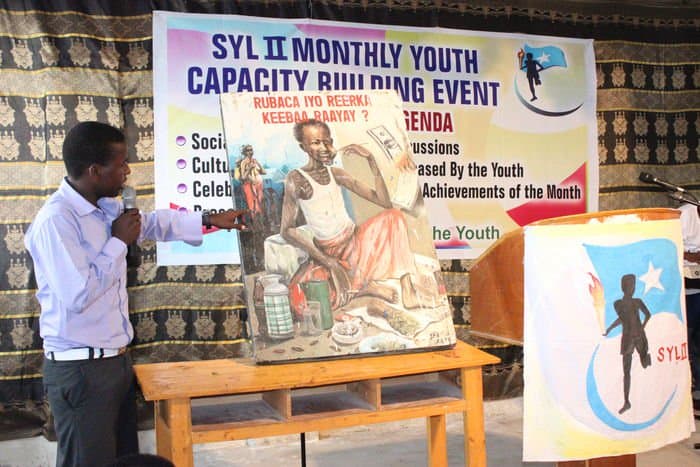 “Our courses are still to continue, but it is in our schedule to hold an awareness workshop at the end of every phase of the courses” Farah told the media adding that his youth organization prioritizes fighting against Somali youths from different diseases including: tribalism, unemployment, being monopolized as warriors by the militants, using drugs or falling into all kinds of crimes” Farah emphasized.

Somali Football Federation President Said Mahmoud Nur has vehemently welcomed the program and said that his federation was fully satisfied with the job being done by the SYL group. 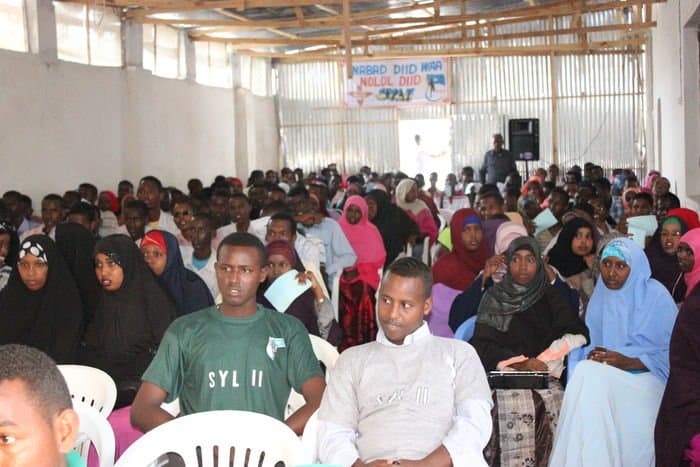 Revered moderate Islamist clerics, intellectuals, parents, university and school teachers, representatives from civil society groups and high profile journalists who were invited to address at the workshop gave very constructive ideas and suggestions, praising the SYL 2nd for its efforts to protect Somali youths from falling into crimes. 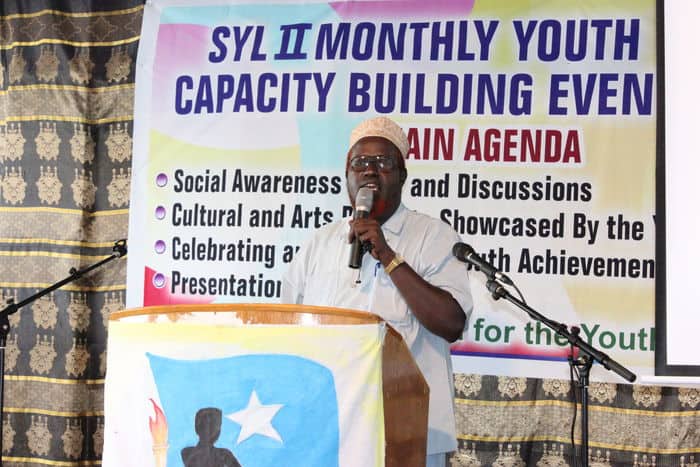 Former Washington Post columnist Mohamed Ibrahim Fanah who addressed at the workshop pledged that he will contribute his time and energy to SYL 2nd in terms of giving lessons relating to journalism in its courses.

“I really admire at what you are doing and I personally promise to be with you in all your efforts” the former Washington Post columnist noted during his address. 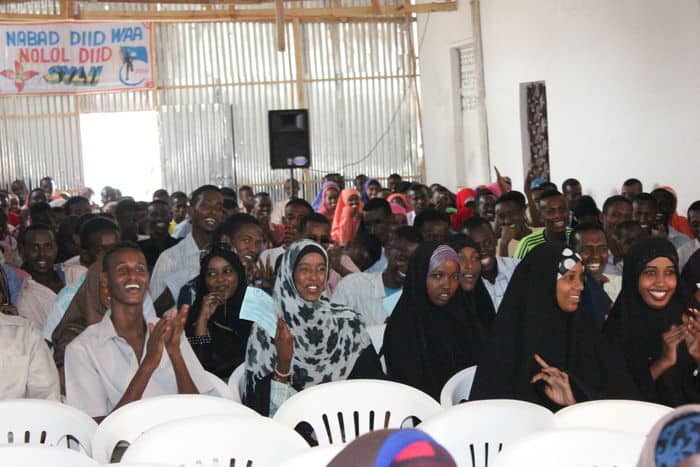 “Rather than this workshop SYL 2 holds a monthly meeting for the 506 youths who are under going our courses in a bid to accumulate their ides and consultations – so far we have learned more from your ideas and that is why we organize the monthly meeting,” Abdullahi Ahmed Roble, himself a senior SYL official told a gathering later on Thursday. 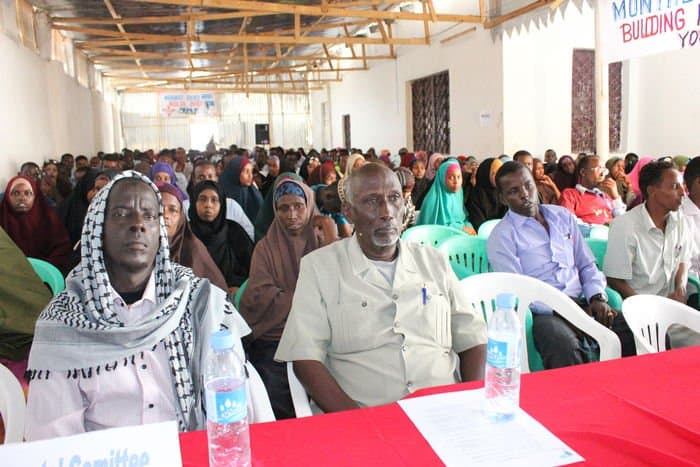 The themes discussed during the workshop include: how to over come the problems that the green narcotic leaf grown in Kenya {Kat} causes on Somali people, usage of cultural presentations and to strengthen the fight against unemployment.

A Somali Moderate Islamist Sheik Omar Mohamed Wardheere for his part said that all works being done by the SYL youth organization are in accordance with the Islamic law and that Somali religious association was encouraging them not to get tired of continuing such good initiative which he said will help stabilize the war-weary horn of African country. 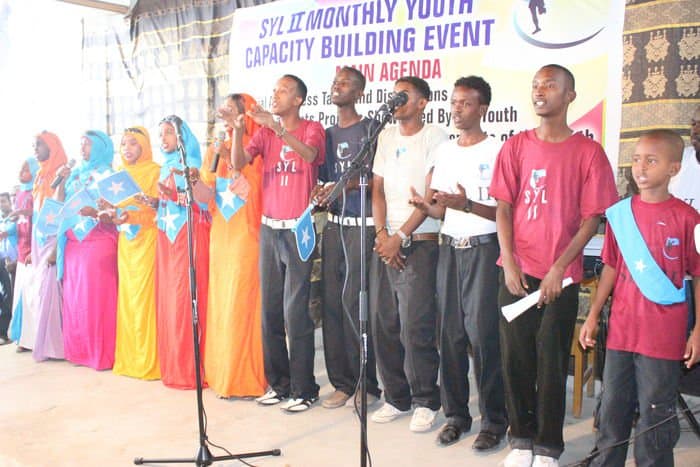 Chairman of SYL students’ parents association Hajji Muhyaddin Brre Gaal said that with out the constructive idea by the SYL group thousands of Somali youths would have fallen into the hands of terrorists and other criminals. “You have really saved the lives of thousands of young people and on behalf of the parents I tell with a loud voice that we are very grateful to you for your positive endeavor” the old man noted.

Farah Hajji Ali the inventor of the creation of SYL the 2nd said that the courses by his youth association will continue and that after the end of each course another will start. “We have two big objectives one is to fight against unemployment in the country and the other is to root out extremism in Somalia” Farah emphasized.

Since its establishment late in 2008 SYL the 2nd had achieved more including the launching of the well known initiative {SWAP THE GUN FOR JOB AND SPORTS} which implemented in many regions across the country and yielded positive results so far.