The FC Banadir who are the 2012 champions of the division C soccer league in Somalia have celebrated their victory at a special luncheon ceremony held at the LIDO Seafood restaurant in the LIDO beach resort in the war-ravaged capital Mogadishu on Friday in the presence of lawmakers, Somali Football federation officials, players and fans.

Somalia’s Federal government lawmaker Dr. Hassan Moalim who sponsored the luncheon ceremony for the victorious FC Banadir boys who first addressed the congregation, praised FC Banadir for their dedication and commitment that lead them to win the tournament which came to an end in mid December. 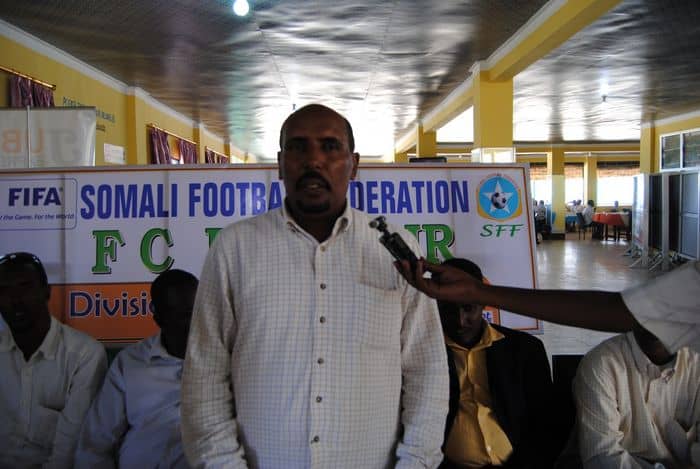 “I congratulate you on your victory and becoming this year’s level C football champions in Somalia. I urge you to increase your efforts and I wish you to win the level B league next year too,” the Somali parliamentarian told the victorious FC Banadir youngsters during Friday’s luncheon ceremony at the LIDO beach resort of Mogadishu. 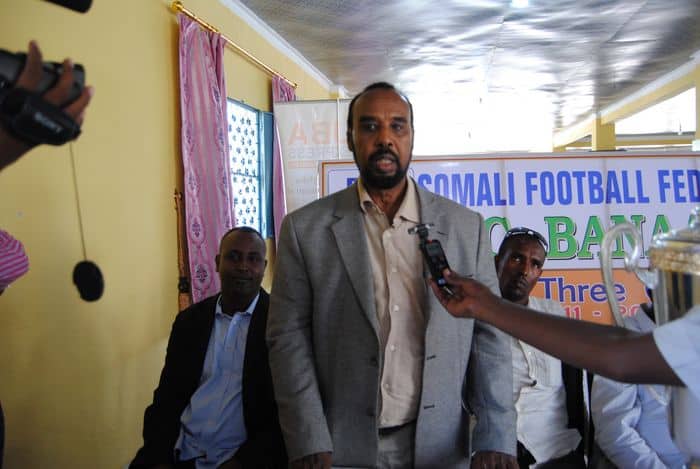 “On behalf of Somali Football Federation, I say with a loud voice that SFF is very grateful to Hassan Dr. Moalim who became the first Somali government official who ever inspired young footballers. I urge other government officials and business people to take football serious and understand the key role that Somali Football has so far played in the sector of peace building, reconciliation and public integration,” Ali Shiine told Friday’s luncheon ceremony.

For his part, SFF executive committee member and chairman of the youth committee Mustaf Elmi Afrah who delivered a short speech at the ceremony pointed out that the FC Banadir boys were very polite during the tournament and deserved to be awarded with such high level luncheon ceremony. 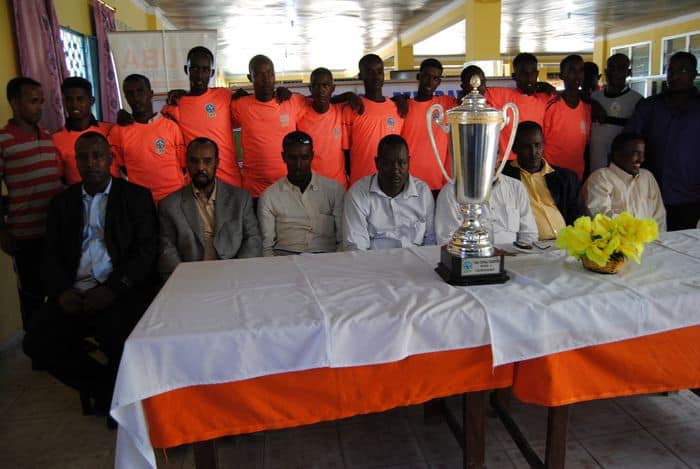 “First I praise you for being very polite and for showing fair play during the competition and secondly, I congratulate you on your victory,” added executive committee member Mustaf Elmi Afrah himself a former national team member.

Somali Football Federation vice president Abdullahi Abow Hussein said he was very jubilant at the lawmaker’s understanding of the power of football in the community.

“For more than two decades Somali Football lacked even the encouragement of Somali politicians and business people let alone sponsoring it. I hope many political figures and businesses will follow behind Dr. Hassan Moalim’s footsteps,” SFF deputy president Abdullahi Abow Hussein said. He congratulated the Club’s chairman, coach, players and fans on the remarkable victory. 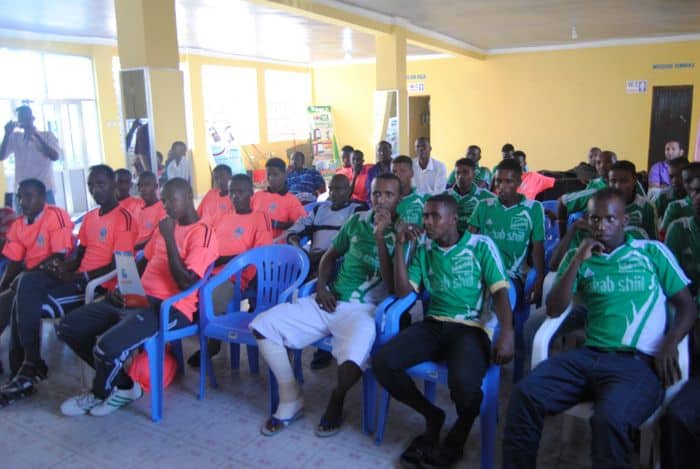 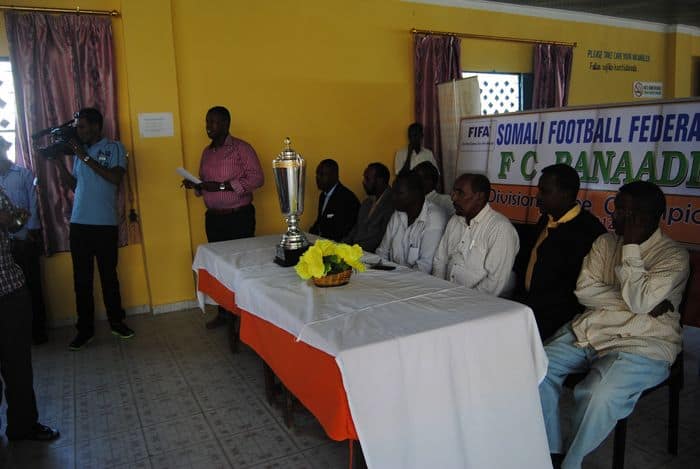 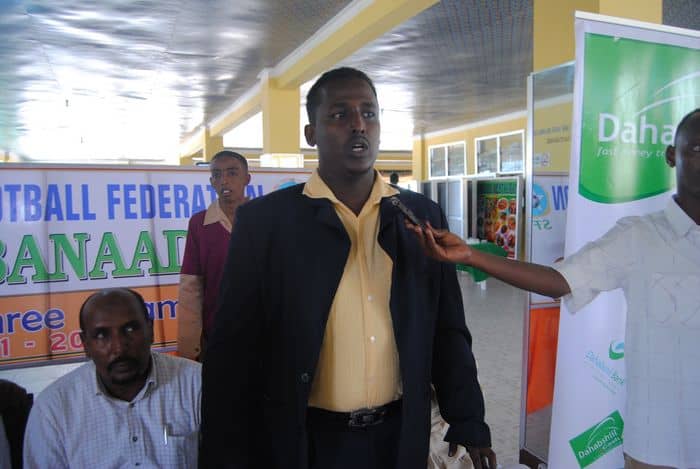 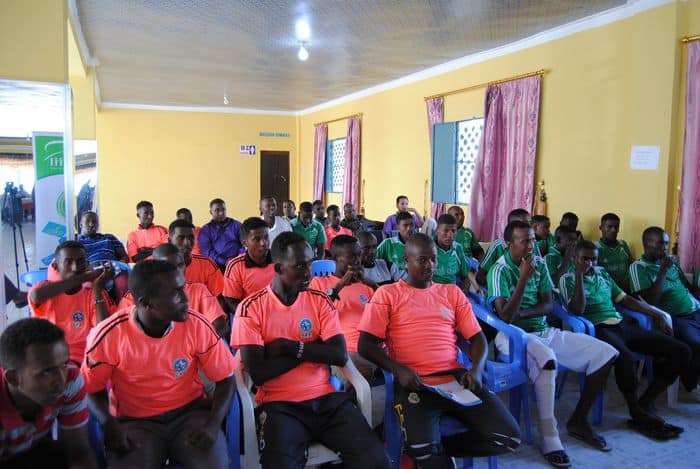 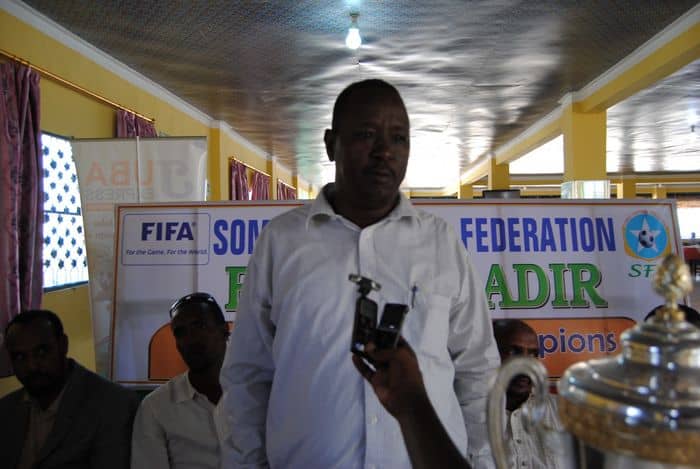