Secretary General for Somali football federation Mr. Abdiqani Arab said in a press conference in the neighbouring Djibouti Friday that Somali football has gradually been developing since then, because of the coaches’ knowledge was enhanced.

“The win in Africa with Africa training course for 30 Somali football coaches held in Djibouti in October last year was a tangible move forward for Somalia” said Somali football federation secretary general during his Friday’s press conference in Djibouti. 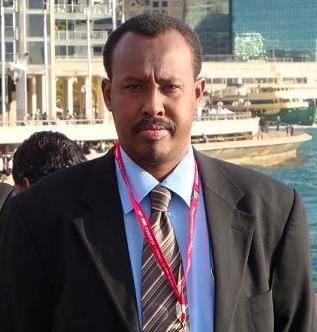 “Although we are working in a country where even life is impossible, because of insecurity and the long-running civil strife we have been experiencing, its is very clear that Somali football has grown up and that is because of the world football governing body FIFA which assisted us in every manner and the joint efforts made by our coaches, referees, players and all Somali football family members” he stated.

The secretary general said that Somali football federation is scheduled to hold extra trainings for Somali coaches and referees, as part of the federation’s policy to develop football in lawless country.

According to the secretary general, although SFF has been working in a chaotic country for the past twenty years, then the Somali football federation which is the most active sporting federation is Somalia has never missed the participation of international matches and conferences held around the world.

Somalia has lacked a functioning central government since 1991, and as the result all the county’s infrastructures and national institutions were totally destroyed, but the football federation has been the country’s flag carrier since then succeeding to raise the Somali flag at the world’s football gatherings.