When Rup bought Wall Street Journal under his flagship News Corp., hopes for assuring far right-wing Republicans controlling the government again had to have been high. 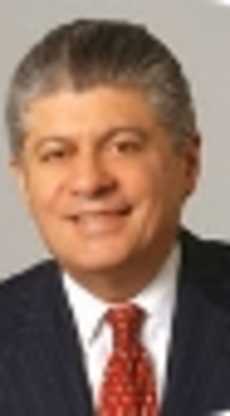 Except for the name, Fox broadcasts almost anything but news, with the exception of its running stock ticker. No matter. Throw up a few of the old righties, talking heads hired relatively cheap, sit a couple of women on tall bar stools displaying more leg then most hookers – and Fox Business rolls along.

Rupert didn’t anticipate a middle-of-the-political-road rabid constitutionalist named Judge Napolitano who believes in freedom for all. The Judge’s cry of “Let freedom ring,” became a hit after 5 minutes of air time.

Murdoch’s dream came true. “Freedom Watch” got a place in the Fox Business weekly lineup as “Freedom Week.” Things were going along swell – except for one problem, the judge didn’t pander to either party. If he bent in any direction at all, it was towards the everyday independent, common folk, the kind who make up the Tea Party.

This was not good for Murdoch whose money is riding on Republicans ruling D.C. again in the near future. Rupert is a Bushite to the core. For those of us who rue the dark years of fear and freedom, “Freedom Week” was a five day delight.

So Rupert reinstated his regular team now interviewing Bush disaster-loving war profiteer cronies, Rove and some of the Halaburton gang, and now Rummy is bound to show up any day. Obama and his crowd isn’t a winner for America either. The bright hope right now is Murdoch’s son James taking over the News Corp.

That would effect more then just the U.S. James already had a rather public blow out with Pop’s pro-Israel stance. When Rupert said he “didn’t see what the Palestinians’ problem was,” during a 2002 meeting with British Prime Minister Tony Blair, James stepped up to the plate stating “it was that they were kicked out of their f- homes and had nowhere to f- live.” Right or wrong, James obviously believes in free speech.

To Rupert’s credit he has transformed the information landscape in Britain by launching satellite broadcast two decades past.

Murdoch overcame scepticism in large numbers of multi-channel television and brought in cable subscribers by the drove, thus capturing rights to top-flight football. Still, he needs to see his money make money, and he’s got a lot of it sunk into Fox Business through the News Corp empire that also includes the Sun and Times publications, Fox Broadcasting, plus a film studio in Hollywood.