A 13-year-long study in the Netherlands has concluded that drinking several cups of tea or coffee a day actually protects against heart disease.

The study, which involved 40,000 people, revealed that those who drank more than six cups of tea a day, cut their risk of heart disease by a third. Consuming between two to four cups of coffee a day also reduced the risk

However, exceeding this level seemed to cancel out some of the benefits.

For some years doctors have suggested that tea and coffee produced negative benefits for all drinkers (although this is still true it seems in some cases) and once again we are left wondering what else they have got wrong. 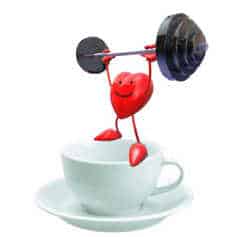 Even though we are still being told that Fluoride is good for our teeth, there is growing evidence that the opposite is true. Sodium Fluoride has been used as a rat poison for nearly 40 years!

Mercury (the mercury-based preservative thimerosol), another poison, has been used in vaccines to apparently reduce the risks of bacterial contamination, but many question the need for such an ingredient.

In many cases, especially some vaccines, the contents are very questionable, but drug company profits usually take priority over the potential risks to the consumer.

Even a limited amount of chocolate has been declared of benefit to our health, and red wine can help you to live longer (because of one of the ingredients found in the skin of the red grape).

Perhaps we should ignore some of the advice we are given and eat and drink whatever we like? Marcus Tullius Cicero (106 BC- 43 BC) was quoted as saying “Never go to excess, but let moderation be your guide,” which sounds like good advice to me!