NewsBlaze News
Home USA Crime Why Make Such a Big Deal Out of Deborah Bradley’s Box of... 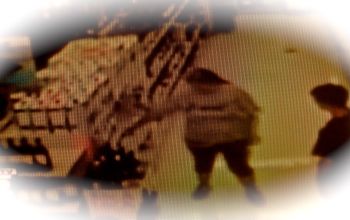 Deborah was not in an excited state or an agitated emotional frame of mind during this brief store stop, according to a clerk (Rebecca Guerrero) at the Festival Foods Store. Actually, she is brimming with a big smile when exiting the grocery store. And now it’s been clarified that the young man accompanying Deborah, is a good friend of the Irwins. I should point out; however, his name or connection to the parents has not been elucidated heretofore.

The young man’s identity is utmost pertinence, so we can determine why Deborah seemed to spend quite a lot of time with him. I know this because Rebecca Guerrero said they were spotted together at Festival Foods. At times the two were with the boyfriend, Jeremy Irwin. With regard to the alchemistic box of wine, Rebecca told an HLN reporter that Deborah separated the purchase of wine from the baby items.

This separation of purchase is significant. It’s as if it’s intended drinking was earmarked for consumption, with a different environment entirely in mind. And don’t think I’m reading too much into this. People only separate purchases when they have a notion that these items go with this situation, and those items fit into this bag of circumstances.

Okay, so I’m a little over the top, but I thought the separation was odd enough! And the quantity of wine too suggests a joint effort was in mind, in imbibing of said beverage of alcohol. It’s been asked if traces of the huge jug (or rather box) were found by investigators at the Irwin home. The police remain tight-lipped on this matter, which leads me to believe it must be important.

I didn’t get around to discussing this Boo Radley character, a homeless man who had been seen on a few occasions by neighbors in this tranquil setting of a Kansas City suburb. Not that we should make so much out of him, but we don’t have many clues to work with. So we scare up the closest bogeyman we can find.

That’s why I keep staring at this innocuous pic of a seemingly peaceful Irwin home. Does it lie or is it telling the truth? It tells you everything, if you only could think of a way to turn back time (rewind the surveillance tape, stupid!).