In an effort to decipher news reports on missing Tennessee mother of four, Karen Johnson Swift, the first item that strikes me most, in terms of being an illogical piece of the puzzle, is why would Karen leave the house in those wee hours of the morn, after returning home with her daughter (at 1:30 AM, Oct 30th) from a Halloween overnight stay? My approach (if I were an investigator) would morph in the direction of reconstructing what happened around why Karen possibly left.

Where was she heading to when everyone else was fast asleep? We know she came home, because her husband, David Swift heard them come home. It’s unclear if he simply heard them enter the stately white house on Willie Johnson Road, or if perhaps he exchanged a few words with his estranged wife. Also, we know the daughter (name not yet disclosed) woke up at 6 AM and realized her mother was gone. 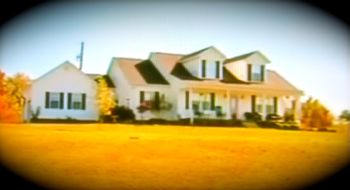 We can trace Karen’s whereabouts a little further with the discovery of her white 2004 Nissan Murano, found by a neighbor, Marty Lamb, at 5:30 AM last Sunday (Oct 30th). The location of Swift’s abandoned Nissan (which had a flat tire) was on Millsfield Highway close to a cross-street of Harness Road. This spot is only about a half mile from her home. The real question is did Karen drive it there or was it left there by a culprit who is responsible for her abduction?

The vehicle was towed away last Sunday to the Tennessee Bureau of Investigation crime lab in Nashville for a thorough inspection. Another important clue, is that Karen’s cell phone is missing. However, it’s known that someone used the internet on the cell phone at 5 AM last Sunday. The missing cell phone is significant and yet another item catching my attention is that sheriff’s investigators found some unidentified tire tracks at the end of Willie Johnson Road.

Moldings of these tire tracks were taken on Tuesday, Nov 1st, as reported by the Dyersburg State Gazette, but there hasn’t been any further mention of this clue since mid-week. Maybe important or maybe just a dead end? Perhaps it was just a teenager skidding out on the road, which happens all the time. Then again, yesterday’s DSG edition reported that Tennessee Highway Patrol Strike Teams discovered some evidence in an overgrown area.

Of course, Dyer County Sheriff Jeff Box couldn’t disclose what that evidence was or whether it was directly related to Karen Swift’s case, but we get the impression it was significant from reading the latest DSG news story (Sheriff’s Dept. intensifies search with aid of THP Strike Teams, potential evidence found). *Note: the DSG is on the ground in Dyerburg, Tennessee (which is 77 miles north-northwest of Memphis); so since it’s the town where Karen Swift lives, I’m naturally relying on them to be our most valuable source. 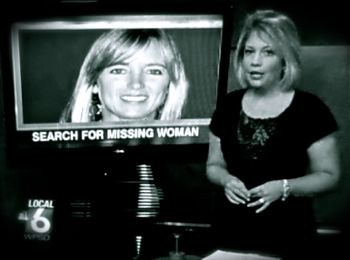 Just to back up for one minute, I just noticed a blatant inconsistency between news organizations regarding the time Karen either left the house to pick up her daughter, or returned to the house after having already picked up her daughter. If the discrepancy wasn’t so great, I wouldn’t make light of it. WPSD Local 6 says that (Dyer County investigators told them so) Karen left at 1:30 AM to pick up her daughter. I thought she had returned with her daughter at 1:30? Correct me if I’m wrong, but the precise timeframe in which she returned is of utmost importance.