As we await further developments in the San Diego murder trial of Jennifer Trayers, five perplexities or riddles regarding her case begin to coagulate in my feeble mind, as I review but a handful of news stories available to us, so that we might size-up what we have, or better, what we don’t have, since its still hidden behind a veil of a sphinx we often refer to as the Truth (or perhaps you’d prefer a traditional metaphor of Lady Justice). 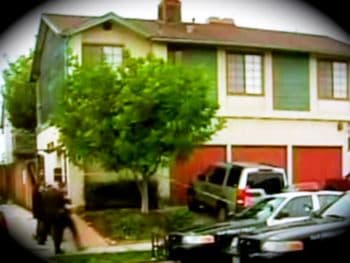 I’ve come up with five squishy or vulnerable (controversial) areas, culled from the working evidence as presented by the defense, prosecution, and (naturally) the media sources covering her case. Here goes five bullets (for you) in a sketchy, outline form that you should carefully consider, as we anticipate more breaking news coming forth this week in Jennifer Trayers’ titillating murder trial.

Did Danielle Robins and Fred Trayers actually have an affair or was it merely a platonic relationship?

On the witness stand, Danielle Robins testified that the two lovebirds only engaged in some fairly innocent petting, such as holding hands, cuddling, or (cursory) kissing. A few contradictions to this, or what you might think of as somewhat contrary to things not getting more out of hand, are that Danielle said the two ‘fell in love.’ What Ms. Robins means by falling in love is anybody’s guess. Is it body oriented or is it mind oriented? It can make a big difference.

Moreover, a 10News.com story reveals the prosecution got her to admit that the clothes came off one time when she and Fred met on their mutual ship, the USS Mercy. It would seem as if the clothes coming off goes a trifle beyond the threshold of the lambish petting mentioned earlier. Could it be that Danielle is down-playing the affair just to cast her own reputation in a more innocent light? I suspect it is, but can’t prove it. Nonetheless, there may be someone else (we haven’t heard from yet) who can shed more light on the nature of this ‘affair.’

Why did Fred Trayers lie to Ms. Robins that his wife was pregnant?

This was another piece of baffling information given to us by Danielle Robins when on the witness stand earlier last week. Why would Fred lie about such a dramatic new development as his wife getting pregnant? This lie was told only a week before he lost his own life. 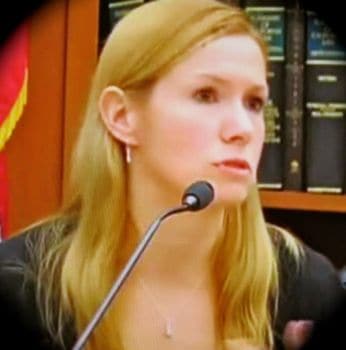 Why jeopardize his fantastic relationship with Danielle, if he was supposedly in love with her? She reacted just as anyone would, she wanted to break off the blossoming affair. I can’t come up with one single good reason why Fred would do this. Let me know, if you think of one.

When was Jennifer’s five-page email written and sent to Danielle? Before or after she stabbed her husband to death (ten times)?

A few clues have come out in the news that favor it happening before the lethal event. We hear (secondarily), contained in this most passionate of emails, the fact of her enduring love for her husband of 19 years and traces of a jealous rage, which must have been curtailed with disciplined or euphemistic utility of language, but I fancy these proceedings imaginatively, without being slapped directly in the face with a real document. But this will have to be a primary prosecution court exhibit, so perhaps we’ll get a gander at it later in the trial.

Another pertinent clue, reported right after this shocking story broke (in early December of 2010), is a state attorney (didn’t catch her name) said to 10News.com: “She would be the last person who her husband would be alive with.” That’s probably a paraphrase of the email, but nonetheless tells us a bit of her ernest intention to possess and control poor Fred to the bitter end. Another revelation of this, is it besmacks of meticulous premeditation!

Was the murder weapon (Fred’s officially issued Navy knife) specifically (purposely) chosen as a weapon of choice to rid herself once and for all of her husband of 19 years who was nothing but a thorn in her side?

Not to exaggerate excessively here, but from looking at photos of this scary shiv used by Jennifer to nullify her hubby, I haven’t seen a knife any more brutal looking than this one, unless I recall Jim Bowie’s used in defense of the doomed Alamo, way back in 1836! I’m not just being funny, this is a knife that could only be used as a weapon, not used defensively. (When studying pictures of it) one suspects it was chosen to assure he’d be dead as a doorknob. It’s choice also strengthens an argument for a preponderance of premeditation. *(You can see this is true, can’t you?) 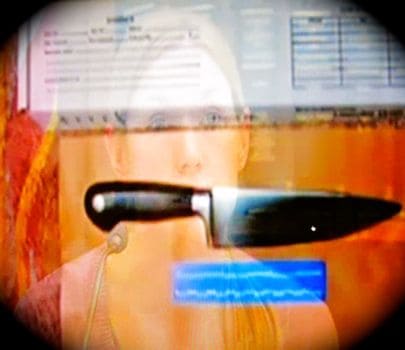 *(Finally) What was Jennifer’s underlying motive? Was it only an out-of-control jealousy towards a pretty, ambitious, intelligent blonde who had stolen her man?

We’re privy to the fact of both Jennifer and Fred’s previous infidelities, so what makes this latest one with Danielle so special, such a trigger unhinging her? Why make such a big deal over yet another manifestation of cheating on your spouse? Both were seasoned cheaters anyway, so why get so hyped-up and homicidal about it (all of a sudden)? Furthermore, was there something else bugging Ms. Trayers besides infidelity? Did she hate Fred for other reasons, such as career or maybe because of his family?

I’m not fully convinced jealousy was her only motive. I’ve seen lots of cases before where people are simply downright evil and mean to their very core. And some of these kook-cases just love to kill people and for that reason alone do it (sort of like a part-time job or hobby of theirs). So I hope you keep these five inexplicable missing links in mind, as we soak-up another week of testimony from the sunny seaside California la la land of San Diego.