NewsBlaze News
Home USA Crime ‘Are You Talking to Me?’ Travis Bickle Says When Looking in The...

How many times have you seen Taxi Driver? Is there more meaning in the film than meets the eye? John Hinckley Jr., 56, is said to have watched the Martin Scorsese classic 15 times in a row on a continuous loop. Now, after more than 30 years since he attempted to assassinate Ronald Reagan (he thought it might get Jodie Foster’s attention), Hinckley seeks more freedom from a mental hospital (St. Elizabeth’s Hospital in Washington DC), where he’s been institutionalized since 1981. 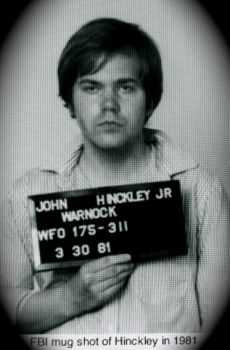 But is John Hinckley Jr cured now? The government lawyers, who would like to keep him institutionalized, have been citing John’s now infamous visit to Barnes and Noble, on July 24, 2011. Okay, so he ducked out of a Captain America movie and browsed a bookstore instead. But did he actually look at Reagan assassination literature, or did he merely walk past the monographs? Different sources give different versions of the story.

If John merely walked past an aisle without opening these suggestive books (which might cause him to relapse), then that’s one thing, mainly benign. If, on the other hand, he looked at pictures of his own handy work and dwelled on some text, reading a narrative of Reagan exiting a Washington hotel (the Hilton), after speaking to the AFL-CIO, then this is quite a bit more nefarious and narcissistic.

I doubt if Hinckley still poses a sizable threat to society anymore, but the importance we attach to an assassination attempt will probably overshadow the possibility that we can ever set him free. Moreover, when we review how Travis Bickle emerges smelling like a rose, we need to pause for a minute and wonder. JHJ also thought he’d be placed on a pedestal, and he’d win his woman as well.