Success has many fathers, failure is an orphan.

When Osama bin Laden was killed, we were immediately provided detailed minute-by-minute accounts in real time.

There were scenes of the situation room complete with appropriate personnel including the president. Critical details found their way into the news immediately.

When our consulate was attacked on “September 11th” we were told that no details were available. We were then told that this was the result of a demonstration against a YouTube video that no one ever saw. Later still, we were told that information about this event was suppressed by the administration. Now eight months later we are told “it was a long time ago” and “what difference does it make.”

Is it any surprise that people don’t believe the administration and the media? 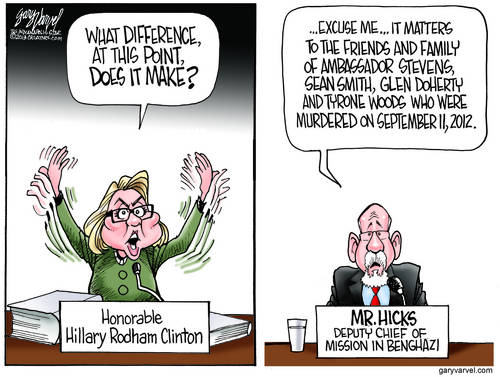 Slicing a Piece Deal of The Century

Why Would A Green Party Engage in Anti-Semitism?

Jewish Voice for Peace Are At It Again

Global Poverty as Important as Paris Climate Accord

To Have a Loud Say About Israel, Try Living in Sderot or Jerusalem

The Favored Liberal Question For Republican Candidates, Without The Trickery