The American Perspective with Judyth Piazza radio show will be making its highly anticipated debut, February 16, 2008, on WTTB (1490AM) with John Lehr as its celebrity guest. Writers and readers, of The Student Operated Press and NewsBlaze, have been spoiled for these past years by having this incredibly informative and insightful show at their disposal.

And now, the radio show will be extending its reach to the airwaves. The American Perspective with Judyth Piazza is an addition to a plethora of news, talk and sports radio programming offering the latest and greatest to the Vero Beach community in Florida.

Judyth Piazza mixes heartfelt and sincere wishes, for personal success, with a comfortable and laid back demeanor that gives conversation the channel it needs to flow. The show strives to bring inspiration and information to its listeners through interviews with celebrity guests. The guests provide insight, advice and encouragement on chasing dreams with passion. 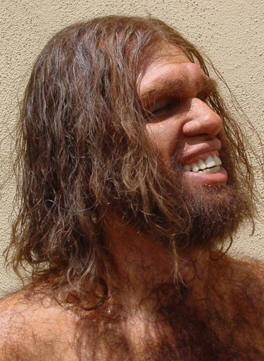 The show has featured guests from around the nation such as Zig Ziglar, Yolanda King, Billy D. Williams, Tony Little, Mark Victor Hansen, Dave Ramsey and many many more. John Lehr, known for his comedic brilliance as the “Geico Caveman” and from the TBS Network Television show, “10 Items or Less,” will be added to the list. The interview is sure to bring inspiration with a dose of humor.

So don’t miss Judyth Piazza chat- it- up with John Lehr on The American Perspective.

If you missed the show, tune in each week to catch the archived shows at www.thesop.org.

Next weeks guests are Bobby Coleman from Martian Child Co Starring John Cusack and Meinhardt Raabe from The Wizard of Oz.

“When most little girls were asking their parents for Barbie and Ken dolls for Christmas, I was asking my parents for Peter Parker and Clarke Kent dolls. Even as a little girl I knew super heroes and Barbies were not real, but super writers were.”

Piazza has become a super writer, which is evident through her work on the SOP. She is the Content Manager and Editor of Newsblaze and also a nationally recognized print and radio personality producing and hosting The American Perspective and Piazza’s Perspective on Itunes.

Piazza’s commitment not only to journalism but also to helping others led her to found the SOP. She wanted to turn the experiences she gained from traveling the journalistic career road into a resource to help students, just like her.

Simon T Bailey, President of Imagination Institute had this to say about Piazza:

The next goal on Piazza’s list is to bring the SOP to the next level by becoming bigger than CNN and Fox News. She also hopes to see the SOP play an important role in assisting 20,000 students find their way into media-related jobs. With the impressive progress of the SOP, thus far, and Piazza’s pioneering spirit the sky is the limit for the future of the SOP. 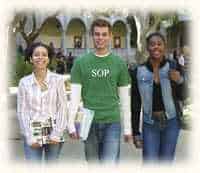 The numbers speak for themselves and this online news organization is truly one-of-a-kind. The SOP has a worldwide writing task force with 300 writers from 27 countries. All SOP writers are passionate student interns and receive the priceless opportunity of having their work published regardless of previous experience. Piazza established the SOP as a resource for budding journalists to use as a tool to sharpen their skills and hone their craft. Students also have the opportunity to receive scholarships and contribute to print magazines such as the Local Buzz Magazine, Florida People Magazine, Teen Trend Magazine as well as SOTAC Magazine. All it takes to access advice, encouragement and guidance from Piazza is a phone call, e-mail or instant message away.  In addition, to her insight, Piazza assembled a team of highly talented and respected professionals from various fields to mentor the writers such as novelist, former editor and executive editor of several major American newspapers, Del Marbrook.

The drive and determination from all who contribute to the SOP originates from a shared passion for delivering the truth and delivering it from a place of sincerity. The writers post in-depth and thought provoking articles on a daily basis ranging from entertainment, literature, politics, science, travel, national and world news. Interviews round out the news source and features figures such as Homer Hickam, author of October Sky, The Far Reaches, and many other books, and the late Yolanda King, daughter of Dr. Martin Luther King Jr., which offers listeners and readers a fresh journalistic perspective. The SOP is definitely on the rise.