Playing out like a reality show with all the ingredients of the National Enquirer and worse, All The Boys Love Mandy Lane irresponsibly and reprehensibly references Columbine while shamelessly ripping off Carrie and Mean Girls. With its savage mix of slashers and sluts, all the boys may love Mandy Lane, but director Jonathan Levine surely despises females.

All The Boys Love Mandy Lane is a serial killer’s wet dream peopled with all sorts of repugnant, rich, bored and terminally cynical Texas teens. What they seem to have in common is too much money and time on their hands. And for the males, a shared, nearly uncontainable lust for the reigning high school virgin hottie, Mandy (Amber Heard). This sexual rivalry leads to one arrogant drunk teen being goaded to jump off a roof to his death, and another to invite everybody over to his dad’s vacation ranch so they can each take turns trying to seduce a mostly disinterested Mandy. 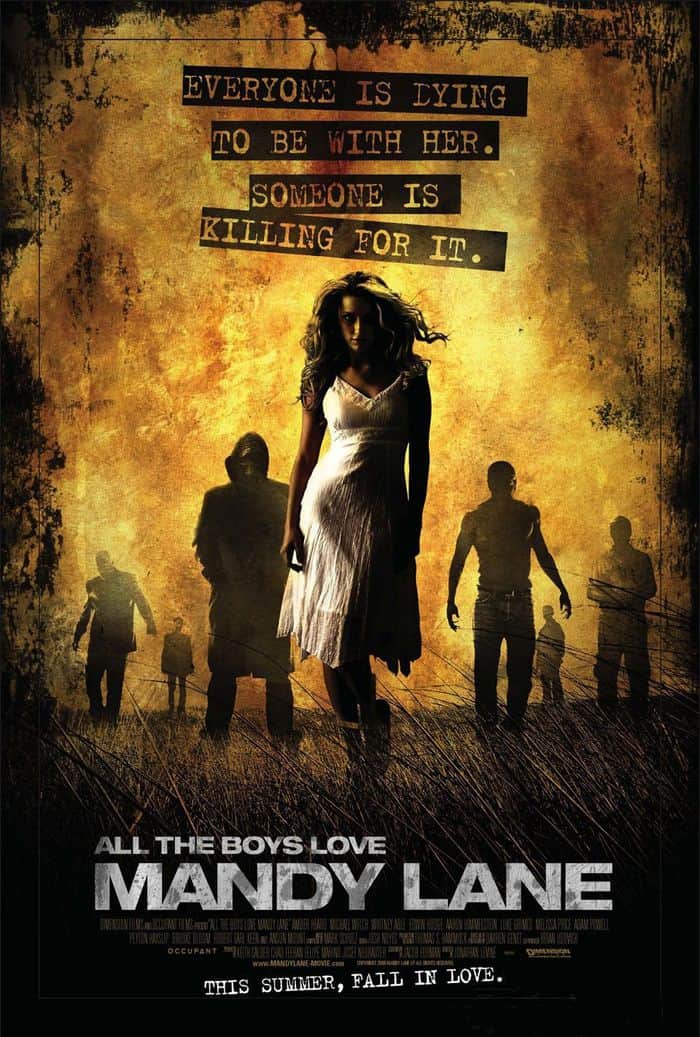 The other females taken along for the ride pass the time badmouthing one another, dispensing blow jobs or trimming pubic hair to enhance their sex appeal. Soon an apparently uninvited stalker is making everyone’s lives even more miserable than they already are, as he exacts his own brand of serial justice on the teen revelers. And as far as his unique punishment fitting the crime style of execution for, say, the oral sex going on, he forces that unfortunate female to eat his rifle whole.

Obviously your basic slasher movie isn’t expected to have much of a point, beyond the point of a knife or gun, in any case. But All The Boys Love Mandy Lane isn’t concerned about locating a shred of any sort of decency or humanity in the whole of humankind. And in particular women, whether sluts or virgins. Especially virgins, who in the eyes of this filmmaker, seem to exist only to drive men mad or into homicidal maniac mode. Director Jonathan Levine apparently cut his teeth as an apprentice to Paul Schrader. Sorry, Levine, All The Boys Love Mandy Lane is no Taxi Driver.