Spanish Broadcasting System (NASDAQ: SBSA) (” SBS”) announced today that Mega TV will launch an unforgettable late night show called “Los Implicados” on Monday, August 17. Mexican journalist Alfonso “Poncho de Anda,” will be one of the distinguished hosts of the new program and will be joined by a yet to be named star who will be announced in the coming weeks. “Los Implicados” follows an “infotainment” format that combines entertainment and informative news with a focus on top personalities and well known people in the news.

“Los Implicados” will air every Monday through Friday at 10:00 P.M. (EST), 11:00 P.M. (PT) beginning August 17 and will include clever interviews conducted by Poncho de Anda, who is known for his unique and open vision of the entertainment world. The show will also use modern resources such as text messages, the Internet and the latest cellular technologies to “connect” with the audience. 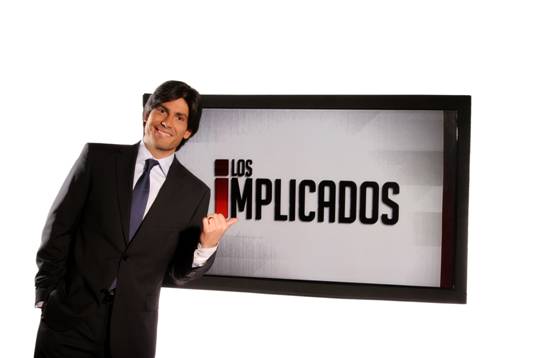 “I’m very excited to be part of Los Implicados,” said Poncho de Anda. “It’s a modern, fresh and innovative show that is a unique alternative to other Hispanic programs. Los Implicados is bringing a completely new and different approach to helping our viewers get up to date news and information and we are very eager for our debut on August 17. I’m also looking forward to announcing my new co-host in the coming weeks!”

“We welcome Poncho de Anda to Mega TV with open arms and are energized by his arrival and the launch of our newest program,” said Cynthia Hudson Fernandez, Chief Creative Officer and Executive Vice President for SBS and Managing Director of Mega TV. “Poncho de Anda is a great talent with a very modern style. We are confident that Los Implicados will have a tremendous and long lasting impact on our audience.”

Alfonso de Anda, “Poncho” as many know him, started his career in Mexico in 1997 with group Radio Centro as a DJ in Alfa 91.3FM, one of the most successful Radio stations in Mexico City. At 91.3 he also worked as producer and host of his own shows. As a DJ, he also hosted “Alfa’s Top Ten” and the news segment “Alfa Entertainment News.” In that same year, Poncho started working for Mexican TV as part of “Alfa Dance,” a musical video show from TV Azteca. In 1999 he became the main host of “Estudio 7,” a youth magazine show with important interviews of famous people from the entertainment industry.

In 2001, he relocated from his native Mexico to the United States to work as the main anchor on “Fuzion,” an entertainment news show for MUN2 television. In 2002, he became part of Telemundo – NBC where he worked for six years as co-host of the morning show “De Mananita” and “Nuevas Voces de America” under the supervision of Emilio Estefan. He also participated in many other specials at Telemundo including, Miss Universe, The Billboard Latin Music Awards, and the Macy’s Thanksgiving Day Parade.