Having succeeded in taking over the television one whole hour before transmission my little brother and I sat down to watch the third installment of the eighth series. This episode was written by Mark Gatiss. Some of you may know him by another name- Mycroft Holmes of the hit BBC series Sherlock who funnily enough is head writer with Stephen Moffat on the show.

As such this episode was different in tone from Moffat’s dark trailblazing episodes but Gatiss was very careful to not stray from the narrative railway set before him as the general train of thought still revolves around who the Doctor is but does so in an inverse manner by focusing on the protagonist Robin Hood instead. 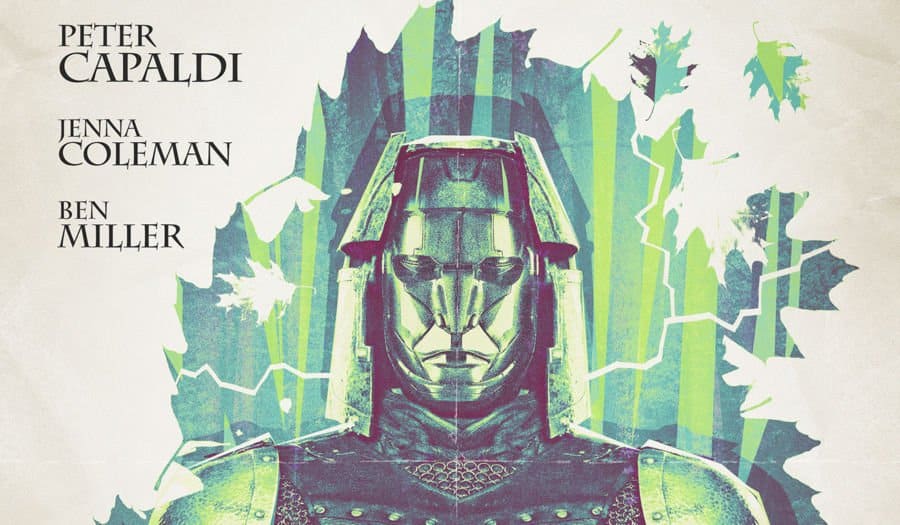 Clara is awestruck and overjoyed meeting her now real life hero despite the Doctor’s disbelief, unconvinced that Robin is at all real at that goes for his Merry Men too. Robin and the Doctor are different; Robin is jolly and the Doctor for the most part is moody voicing a dislike for banter and incessant laughing. Add that to the list which includes karaoke and mime (Mentioned in episode 1 Deep Breath). However, the two have more in common than what meets the eye. Both nestle deep sadness, both are legends in their own right and both have similar stories of origin even if one is a Lord of Locksley and the other is a Time Lord of Gallifrey.

I felt the main story line was straight forward and perhaps predictable but it was no less enjoyable which is paramount. Speaking of important things ‘The Promised land’ showed up again, these robots were attempting to reach their haven. Missy didn’t make an appearance this episode though. The episode has some brilliant costumes and CGI coupled with some fitting music which is really the beating heart of the show-where would we be without our fabulous soundtracks?

Gatiss and Moffat are heading somewhere clear story-wise that much is apparent as the direction of the episode didn’t change despite difference in tone. This was more than a filler episode although I’m sure others will beg to differ. It gave us an opportunity to know the Doctor a little better and Clara that little bit more as the criticism to her character being a side-dish is being addressed as her character is being fleshed out. This was a really jolly episode with a sweet surprise at the end. Bring on episode four!