Peter Holmes (MA, PhD) and Susan Williams (MPhil, PhD) draw on their research, their experiences as co-founders of Christ Church Deal (UK), and their work in Rwanda, to present a handbook that deals with this difficult subject in a personal and positive way.

New Zealander Kevin Biggar decided to push himself to his boundaries by rowing the Trans-Atlantic Rowing Race. In his book, The Oarsome Adventures of a Fatboy Rower, he describes how eighteen months before the race, he had no experience in rowing or navigation, and he didn’t have a boat or the second member of his crew. He had to learn, and learn fast, and not only how to get the boat built, raise sponsorship and row well for three months non-stop, but what to do when things went wrong. He had to learn everything there was to know about his boat, the systems on board, the ocean, the weather and a million other things. It was only by preparing for the very worst that he felt confident. It is a testament to his thorough preparation that Kevin and Jamie, his rowing partner, won the race by battling through vast storms and surviving being capsized and losing their navigation equipment. 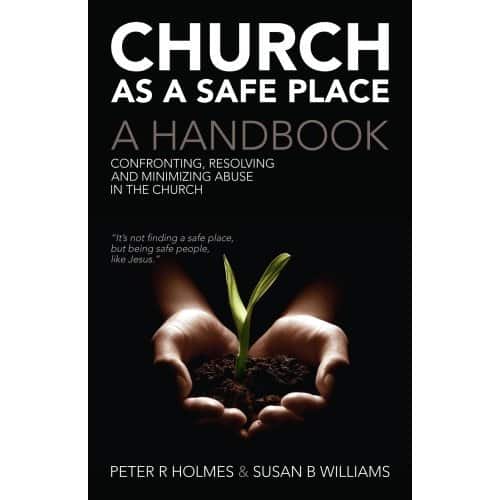 Maintaining a successful Western church in the 21st century is an even greater challenge given the isues of the decline of church attendance and the prevalence of scandals involving finances and abuse by church leaders. It doesn’t mean, of course, that it is any way insurmountable. In the same way that even a novice rower can survive the vast waves of the Atlantic, the church will, undoubtedly survive.

The awareness of potential problems is central to the book. It outlines how all members of a church, given the fallen nature of humanity, and the scars inflicted by modern society, have the potential to create an abusive environment. Their research reveals many of the most common types of abuse and their causes. Holmes and Williams argue that what is required is an awareness of the potential disasters, and an insistence that all members of a church community are treated as valued individuals whose unique gifts and life-stories are sensitively acknowledged as they contribute within a church community.

Out of this framework, they then propose in detail how their Tomorrow’s Church would resolve the challenges of abuse and describe the measures that could minimise the likelihood of its occurence. These largely resolve around collective processes and an insistence on prioritising the person ahead of a given church or doctrine.

The book’s lengthy introduction explains that some of their potential solutions may not be in agreement with those holding different perspectives on the Christian faith and the authority of the Bible. However, they offer such a wide variety of opportunities to strengthen the role of all church members and minimise potential abuse, that their principles can be adapted to a Church regardless of its particular theological persuasion.