As the final hours of President Bush’s tenure wind down, and the irrational mania of President-Elect Barak Hussein Obama’s coronation fast approaches, there are a good many things to remember about our 43rd president; and a few things that will haunt his legacy.

I have never been of the mindset that US Border Agents Ignacio Ramos and Jose Compean should not have received punishment for their actions related to Osvaldo Aldrete Davila in 2006. Although their conduct on that February day, in my opinion, warranted some strong degree of reprimand, the greater than ten year sentences each received and the immunity freely given to a drug smuggler for his testimony to convict these men is something akin to a knot in my stomach.

To date President Bush has pardoned 137 felons and commuted the sentences of 36. Yet one glaring omission from President Bush’s bounty of benevolence has been an act of clemency that would correct what many believe is a gross miscarriage of justice. President Bush has erased the felony records of scores of people guilty of crimes such as tax evasion, defrauding the US government, drug dealing, and embezzlement. Yet the criminal conduct of two Border Patrol agents in apprehending an illegal alien who later turned out to be smuggling 750 pounds of marijuana is not worthy of forgiveness? How any decent President – he is a decent man – could allow these men to sit in jail while pardons are being awarded defies logic.

President Bush, your statement has been made in full. Your shameful stance on Mexican Illegal Immigration and the ordeal of officers Ignacio Ramos and Jose Compean will serve as stains on your legacy. These stances have decimated your credibility among conservative Americans and, as evidenced by the results of recent elections, destroyed America’s confidence in the Republican Party. President Bush, even if it’s your last act as President of the United States, commute the sentences of Ignacio Ramos and Jose Compean. They’ve lost enough of their lives. You’ve proven your fidelity to Mexico and Mexicans. Let these men go home to their families.

Mr. Ashinoff is an independent conservative freelance writer, a small business owner and honorably discharged veteran of the U.S. Navy. He lives in Phoenix, Arizona and can be reached at [email protected] 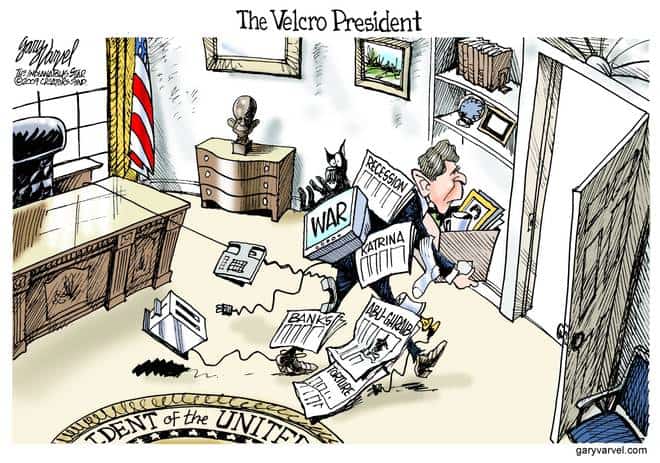