The World War II, which conventionally began in the year 1939 following the invasion of Poland by the Nazis and ended in 1945, still has many ambiguities buried with its glorious past. One such obscurity has recently surfaced from the lap of the immensely dense forest range of Singhason hills, Karbi Anglong (KA), Assam, India. After fifty-four years, the carcass of an allied force Dakota plane was recovered from the inaccessible Khon Bamon area of Singhason hill terrain, in December 2010. 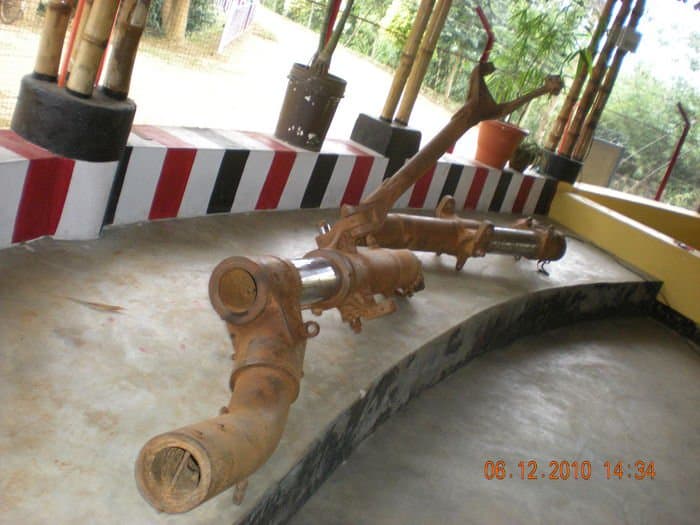 On May 17, 1946, a C-47 B1 DK allied force plane commenced its air surveillance from Rangoon. The plane was supposed to reach Barakpore fort, Calcutta, however, due to an unexpected twister sprouting from the coast of Bay of Bengal, the pilot of the aircraft had to alter its normal route, and the plan deviated towards north-east and then in all probability crushed into the Singhason hilly pathway. The Dakota plane was flown by pilot Melvin L. Power while H.J. Gerard was the co-pilot; Hagen F. Ryon in-charge of radio control, and also aboard the military airplane were cpt. Roy W. Corley, lt. Harry Cheng, lt. Henry E. Derbyshire, srgt. Jen F. Crocks, srgt. Barren R. Unis, crpl. Barleys J. Davis and lt.cmdr James T. Campbell.

This plane was designed to reach the 1304 Base unit of the allied force located at Singapore; the plane altogether had eleven pursuits, two life raft and some personal belongings of the passengers. Significantly, the aircraft was carrying thirty-eight corpses of soldiers including that of sergeant Albert I. Mulk, sergeant Elvis E. Mark, srgt. Harold Cummins, lt. Robert L Coven, srgt. Edward V. Wovel, srgt. Arvan A. Usong, srgt. Thomas S. Spos, srgt. Fellish B. Jordan, lt. John C Kelly, and srgt. Charles A. Peatrov. Unofficially, this plane was further shipping thirteen more cadavers of allied force members whose identity could never be known. The pilot made the airplane’s presence available to the 1304 Base unit from a place called “Aikiab’, now known as ‘Chirtui” located inside Myanmar. The SOS dispatched by the crew members revealed that the army plane was airborne towards the Barakpore fort, preferring to take a relatively lesser known route via north-east sector of India. No further information was recorded in the Black box of the plane. 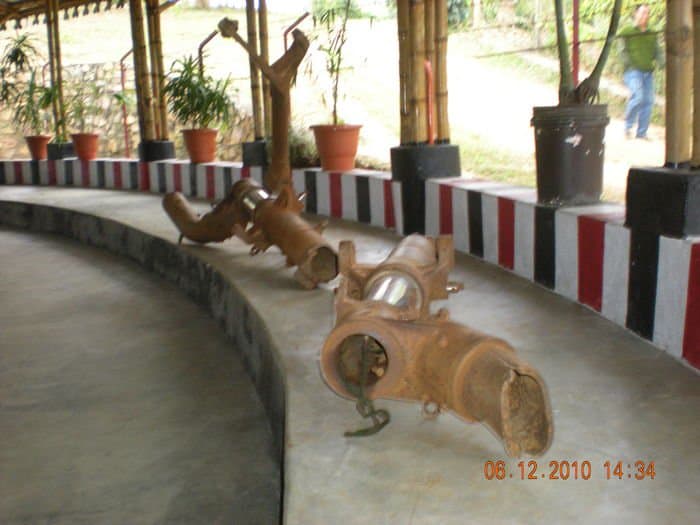 A massive rescue operation was launched by the authority by sending one RAF and another USAF rescue aircraft, and the intense search maneuver which commenced from May 18 continued up to May 28. Failure to locate the ill-fated military plan finally prompted military officials to discard the salvage mission on May 29, 1946.

Another mystery-filled chapter of the Second World War went into obscurity. Pilot, radio operator and co-pilot of the fateful C-47 B1 DK aircraft, Melvin L. Power, H.J. Gerard and Hagan F. Ryon were officially proclaimed martyrs of the World War II. After one year, all the other passengers and crew members of the plane were declared dead by the officials and were conferred with gallantry awards posthumously. After a colossal gap of almost six decades, the elapsed chapter gained a new lease of life; wreckage of the devastated aircraft was sighted by few tribal people at Khonbamon area of the Singhason range. The credit has to be given to few forest officials of the district for taking audacious steps of reopening the annals of down memory lane.

Chief Conservator of forest, Avhijit Rava, in-charge of the Bio Diversity Range Diphu, Rajan Baruah with assistance from other staff successfully managed to get back two vital parts of the ruined aircraft from the dense forest cover of Khonbamon vicinity before the eye of commoners. Rescued portion of the aircraft now can be seen at the Recreation Park Diphu. Avhijit Rava is now glued with the enterprising project of recovering the remaining parts of the crashed aircraft for many eagerly waiting spectators.

Ever since publication of a news item in few vernacular dailies regarding discovery of debris of a Second World War allied air force Dakota plane, there has been a stream of queries from across the world by relatives or former military officers regarding the location of the site and offers to join the search party, to locate the remains of the crew, passengers including dead bodies carried in the plane. The Allied air force transport plane carrying was carrying dead bodies of allied soldiers when it crashed at Singhason range in Karbi Anglong district on May 10,1946. The C-47 B1 DK-I, allied force plane took off on May 10 ,1946 from Rangoon and was scheduled to land at Barakpore fort, Calcutta.

The plane was supposed to return back to its 1304 Base unit of the allied force located at Singapore on May 17,1946. Significantly the aircraft was carrying thirty eight corpses, among which included sergeant Albert I. Mulk, Sergeant Elvis E. Mark, Sergeant, Harold Cummins, Lieutenant Robert L Coven, Sergeant Edward V. Wovel, Sergeant Arvan A. Usong, Sergeant Thomas S. Spos, Sergeant Fellish B. Jordan, Lieutenant John C Kelly, and Sergeant Charles A. Peatrov etc. The Dakota plane was flown by Pilot Melvin L. Power while H.J. Gerard was the Co-Pilot; Hagen F. Ryon was in charge of the Radio Control, also boarding the military airplane were Captain Roy W. Corley, Lieutenant Harry Cheng, Lieutenant Henry E. Derbyshire, Sergeant Jen F. Crocks, Sergeant Barren R. Unis, Corporal Barleys J. Davis and Lieutenant Commander, James T. Campbell. However, due to an unexpected twister around the coast of Bay of Bengal, the pilot had to alter course and flew towards the north east. The Dakota then crashed at the Singhason hilly pathway probably due to poor visibility. The Pilot made contact with 1304 Base unit from a place “Aikiab’ now known as ‘Chirtui” located inside Myanmar.

The SoS sent by the crew members revealed that the plane was flying towards Barakpore fort while taking a relatively lesser known route via north east sector of India. No further information was recorded in the Black box of the plane. A massive rescue operation was launched where one RAF and another USAAF rescue aircraft were used to locate the crash site. The massive airborne search commenced from 17 May 28 and continued upto May 28 but without success after which it was called off on May 29,1946. Pilot, Radio Operator and Co-Pilot of the fateful C-47 B1 DK aircraft, Melvin L. Power, H.J. Gerard and Hagan F. Ryon were officially proclaimed martyrs of the World War II. After one year, all the other passengers and crew members of the plane were declared dead by the officials and conferred with gallantry awards posthumously. After a almost six decades, the wreckage of the aircraft was sighted by few tribal villagers at Khonbamon area of the Singhason range.

Credit for reaching the spot and making the discovery of the crash tie go to a Forest officials of Karbi Anglonog district. Divisional Forest Officer, Avhijit Rava, I/C of the Recreation Park, Rajan Baruah with assistance from other staff managed to get bring back two vital parts of the aircraft from the dense forest cover of Khonbamon vicinity. After sixty years the remains of the Allied force Dakota plane was discovered from the inaccessible Khon Bamon area of Singhason hill terrain. Unofficially this plane was reported to have been carrying thirteen more bodies of allied force members whose identities are still not known.

No known rescue mission has been initiated any one to find remains of the 2nd WW aircrafts which lost in present north-eastern India, which includes Arunachal Pradesh, the area where highest aircraft crash took place during the second world war.