When we retrospect the time since the end of the Second World War till present, we find most of it fraught with the Cold War between the two superpowers, USA and USSR.

Both nuclear armed superpowers tried to impose their respective orders of Capitalism and Communism upon the world. While USA is said to have promoted and actively supported the fostering of liberal democratic form of government with free market economy and “concern” for Human Rights, the USSR tried to turn the world to Socialism driven by State control of resources and centralized regimes.

This continued till 1991, the year when Soviet Union collapsed mainly as a result of its thrashing in Afghanistan by the CIA-ISI offspring Mujahideen, internal systemic deficiencies facing the Union and political and economic reforms initiated by Mikhail Gorbachev in the form of Perestroika and Glasnost. With the disintegration of USSR, the Cold War came to an end and USA emerged as the sole undisputed ringmaster.

After collapse, Russia replaced the world stature of USSR with complete hold of Soviet nuclear arsenals and permanent seat in United Nations Security Council. Though Cold War was over, perceptions and opinions on both sides remain skeptical of each other’s acts and postures to the present day.

US treats Russia as a defeated adversary. Russia, being a permanent veto member of Security Council and having hold of second biggest conventional and nuclear military power, still considers itself a power to reckon with.

In decade that followed the Soviet collapse, relations between the two deteriorated and reached a new low during George Bush II reign. US planned to deploy Missile Defence System in Europe, especially Poland and the doorstep of Russia. Though claimed as a protection against eventual attacks from Iran and North Korea, the plan was considered by Russia as a threat to its own security.

Both the nations continued to be poles apart over a range of issues from Iran to Afghanistan. While America accuses Iran of developing nuclear weapons, Russia supported and helped Iran in building civilian nuclear plant at Bushehr.

On taking charge, Obama vowed to “reset” the bilateral relations with Russia. It all started with Obama’s visit to Moscow in July last year, where they agreed on a New Strategic Arms Reduction Treaty (START) to succeed the previous START I which was to expire in December 2009.

New START was subsequently signed in Prague in April 2010. This treaty is aimed at significantly reducing nuclear warheads both the countries possess. It is now waiting ratification by the US Congress so as to come into effect.

With the turn of events in 21st century, many areas of common interest have emerged between USA and Russia. The US needs Russian support to come out of quagmire in Afghanistan. Today, US is finding itself at a stage in Afghanistan where Soviet Russia was some two decades ago. The US and NATO forces are being routed in the hands of its own creation- Taliban.

Apart from threat of terrorism from across the border, another major cause of concern for Russia is Cannabis cultivation by the Taliban. The smuggling is fuelling the number of drug addicts in Russia. In their first ever joint operation in October, Russian and American forces crushed a huge amount of poppy plantations in Afghanistan.

This was the first time, since their ouster, that Russian forces stepped on Afghan soil. In another supportive gesture at Lisbon summit of NATO, Russia has allowed transit of armored NATO vehicles from its territory, apart from transportation of food and fuel.

Though Obama has replaced the earlier Missile Defence plan in Eastern Europe with naval-based mobile defence systems, Russia is still wary of it and wants a mutually acceptable agreement with NATO on the issue.

Another zone of conflict is the US conspired regime changes in former Soviet Republics through “Colour Revolutions” and expansion of NATO to Eastern Europe. Russia considers it as an infringement into its traditional sphere of influence.

On Iran, both countries have worked hard to achieve some sort of strategic convergence. Grapevine is that Russia agreed not to sell S-300 missile systems to Iran in return for Obama’s change in stance on Missile Defence. Also, Moscow agreed for US proposed extended Security Council sanctions on Iran. However, Russia is still involved in developing nuclear infrastructure there and has stressed on diplomatic channels to find an amicable solution to Iran’s nuclear issue. 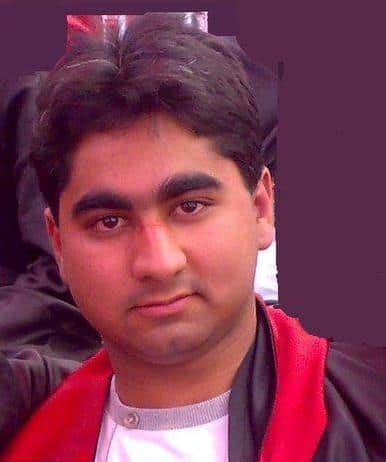 Emergence of China has greatly influenced the geopolitical landscape. Both Russia and China have closed ranks together to limit the US role in Central Asia and Asia-Pacific region. There is also some progress on trade talks with Americans assuring Moscow of its speedy accession to the World Trade Organisation (WTO).

Since the change of guard in the Washington two years ago, both nations have come a long way in perezagruska (reset) their relations. Ratification of the New START by the US Congress will not only help both nations to substantially reduce their nuclear weapons, but will also invigorate the efforts of non-proliferation and disarmament across the world. It is in larger global interest that both nations leave behind the legacy of Cold War and set an example of healthy international cooperation.