The pro-democracy Indian civil society groups and the exile Burmese in India came one and all to raise voice for the detained 34 Burmese freedom fighters in the Kolkata Presidency Jail for their immediate release and to mount pressure on the United Nations High Commissioner for Refugees for granting refugee status to those detainees.

To mark a decade long illegal detention (of those Burmese), the Burmese pro-democracy organizations in India had organized a protest demonstration program in New Delhi on February 11. Simultaneously a book titled ‘Rough Agent’, authored by a reputed human rights lawyer Nandita Haksar and published by the Penguin Books India Pvt. Ltd., was released by Dr Tint Swe, a minister of National Coalition Government of the Union of Burma (in exile) in the national capital. It’s been 11 years since the 34 Burmese freedom fighters (most of them are Arakanese) were arrested in Andaman Island (on February 11, 1998). 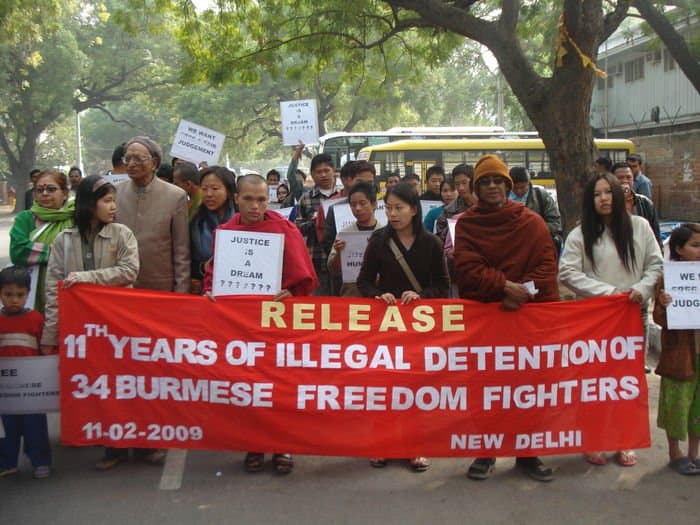 They are currently lodged in the Presidency Jail of Kolkata. All the 34 Burmese activists were arrested by a corrupt Indian intelligence officer, Lt Col VJS Grewal who betrayed them. Moreover, Lt Col Grewal is responsible for the death of six leaders of the group, said M. Kim, a Burmese exile in India.

Talking to this writer, Kim also informed that a memorandum was submitted to the Indian Prime Minister Dr Manmohan Singh by the Burmese pro-democracy and ethnic organizations on the same occasion. The memorandum highlighted the role of New Delhi in supporting the Burmese people’s movement for the restoration of democracy in the past. More over, it expressed the gratefulness for the government and the people of India for allowing them ‘to take shelter in this world’s largest democracy for twenty years now’. 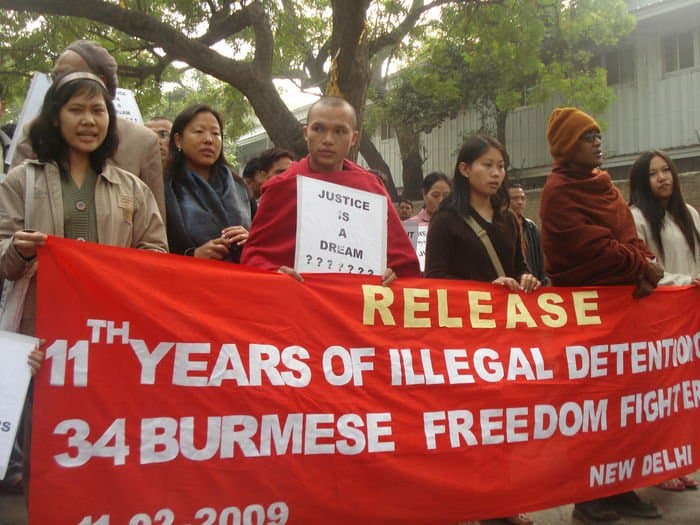 “We recall that India was also the first neighboring country that extended the support to the Burmese democracy movement after the 1988 Up-rising. New Delhi also recognized Daw Aung San Suu Kyi’s peaceful and non-violent struggle and conferred the Jawaharlal Nehru Award for International Understanding to the great lady in 1993,” said in the memorandum adding, “Although India does not recognize the National Coalition Government of the Union of Burma (NCGUB), it has allowed National League for Democracy (NLD) MPs to stay in India and also allowed the Burmese to carry out political activities.”

Burma (Myanmar) is reeling under military dictatorship for the last 47 years and any form of dissidents against the military government at Nay Pie Taw are responded in the most repressive and inhuman ways by the military junta. The Nobel laureate Suu Kyi remains under house arrest for many years now. Her party National League for Democracy won the 1990 general election, but the junta denied power transfer to the elected government. Since then the National Coalition Government of the Union of Burma has been functioning in exile. “The people of Burma were also in negotiation with the Government of India through Lt Col V.J.S Grewal ( who was born in Burma and spoke Burmese fluently) for a base in India in 1995 and after two years of negotiations they were invited to come to Landfall Island in Andaman. However on their arrival to Landfall Island on February 10 (1998), 36 of the Burmese freedom fighters were arrested while six of them were killed the same day. Out of the 36 arrested two had gone missing from the Andaman Jail. 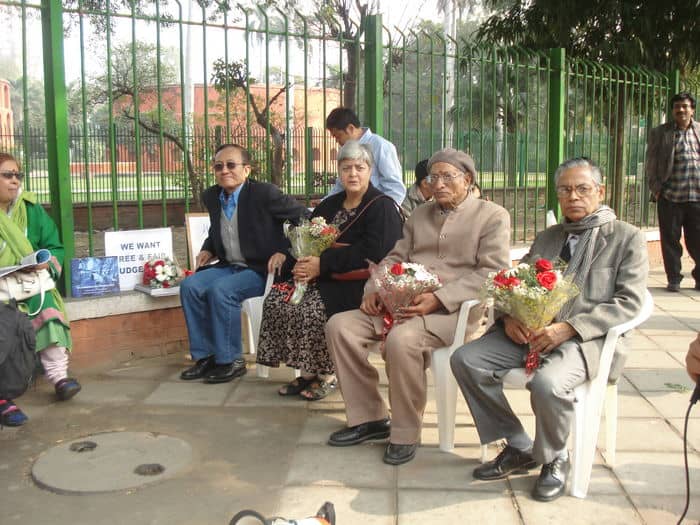 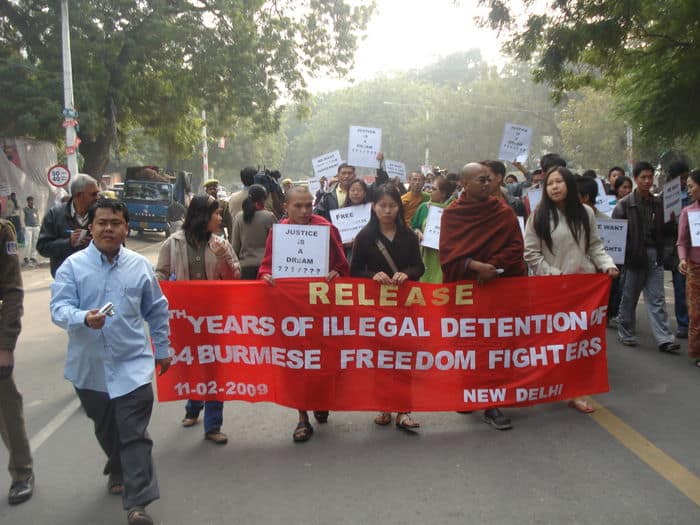 As you know, we are refugees in India and we survive with very difficult conditions in India –We believe that at the end of the trial, our 34 Burmese freedom fighters will be acquitted for a lack of evidence (and there is none). However, they still cannot be released since they have no documents to stay in India or to travel. And they cannot be deported to Burma because they will be killed in Burma by the Junta.”