RU. Semson Sing Engti Talent Hunt Society has selected their top 10 participants from the screening round of their session-I ‘Dance Karbi Anglong Dance 2015’, which the organizers termed the choreography round, held at the Diphu club.

“It was really difficult for us to exclude young and talented boys and girls from reaching the final,” Kathar Son Engti, acclaimed film personality, who was one of the judges of the panel, said.

The gold medalist of the first ever dance competition of Karbi Anglong, Usha Tissopi was the other judge of the panel, who at times appeared the unchanged agile dancer of the past.

Altogether, 30 participants had to be debarred out of 40 for the final race to be held on July 30 at Joy Sing Doloi memorial auditorium. Most of the participants were groomed by talented choreographer Pankaj Das, known for his Sa Ra Ga Ma Pa Sony TV fame, Anjan Deka, Amphu Teronpi and Sumit Bey.

The fierce competition for the final spot was decided after 3 solo presentations by the contestants in different slots which went nonstop for almost 12 hours, and the list of the 10 finalists was confirmed after midnight.

From the blazing and proficient presentation of a number of contestants, it was a really tough job to assert that they are beginners and mostly school goers.

“The Champion will be given Rs. 50,000/- and the first runners up will receive Rs. 25,000/- the second runner up will be awarded Rs. 15,000/- beside this, 10 consolation prizes will also be given to ten contestants,” Rajiv Engti President of the organizing committee said. 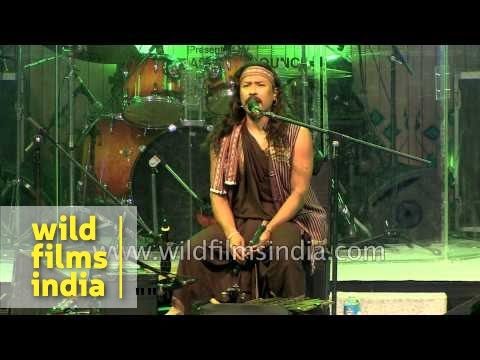