An orphaned rhino calf in Manas National Park in the north eastern Indian state of Assam received a new enclosure which was brought to Manas from Kaziranga National Park (KNP). Assam Forest Department staff brought the calf from a rescue centre in Kaziranga.

A WWF-India official said the mother of the rhino calf, Rhino 17 was gunned down by poachers on April 2, 2013 in the Basbari Range in Manas National Park. 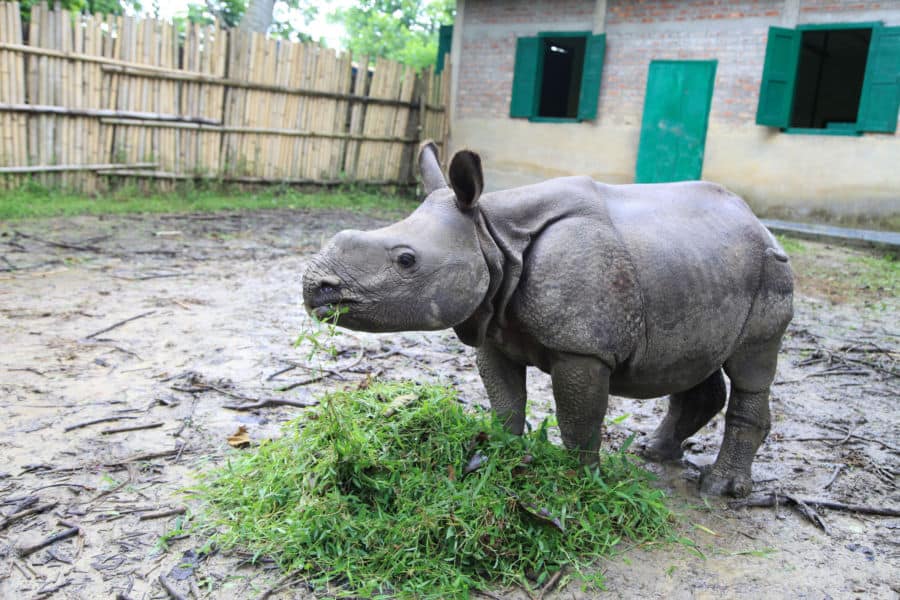 “The calf, which turns two months old was later successfully rescued on April 4 by a team from the park that also included members from WWF-India and WTI and it was then brought to the elephant training centre in the Bansbari range of the Park where it was administered oral rehyrdation and kept under observation of veterinarians,” Amit Sharma, the WWF-India official said. 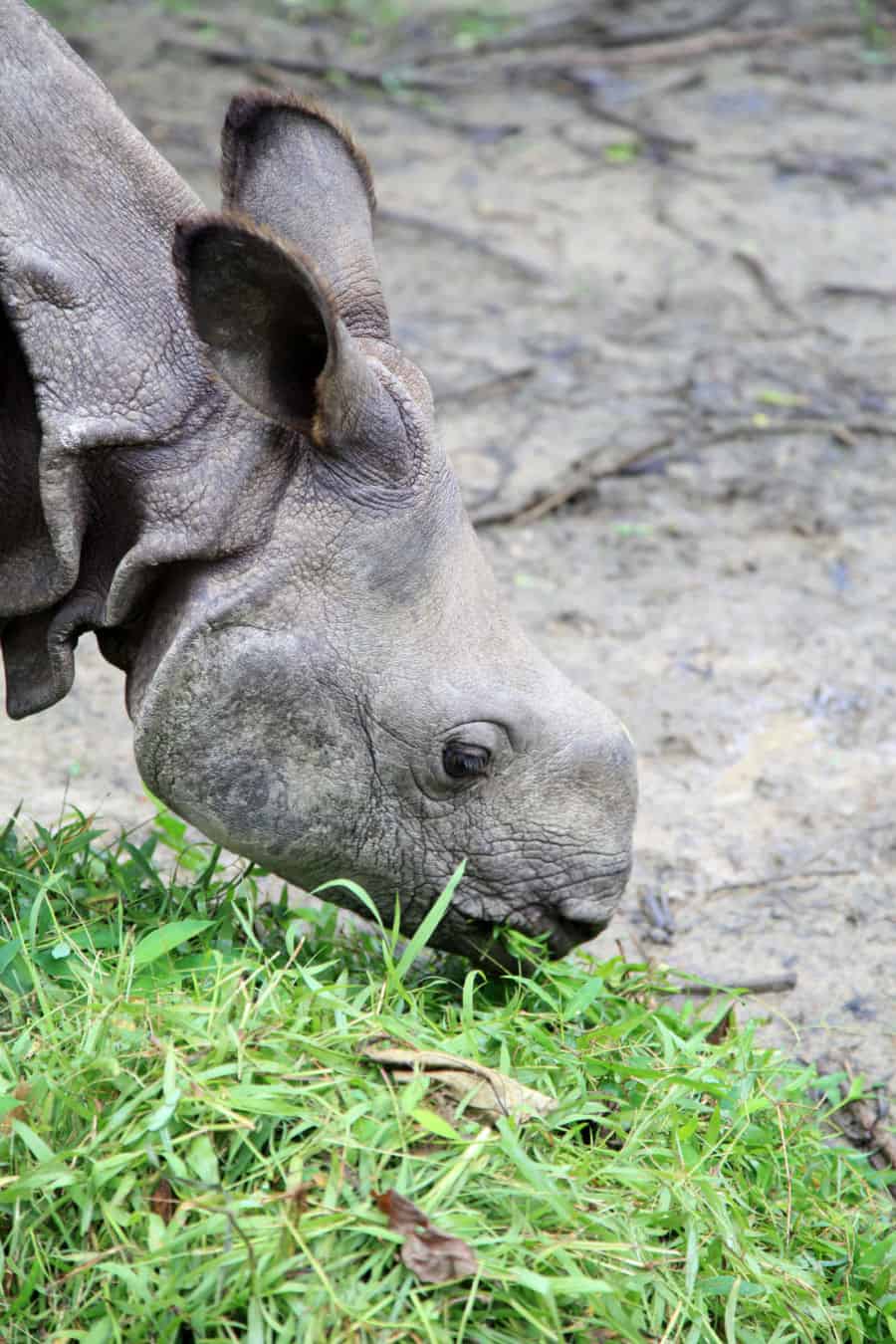 “A special boma or enclosure was quickly constructed for the calf with support from the IRV 2020 program. The calf was moved into the new space at the end of April. The enclosure has a holding area of about 120 sq.ft and is three layered – wood, barbed wire & electric fence and the total enclosure size is about 160 sq.ft. The holding area has one water holding facility and one shade facility,” Sharma said. 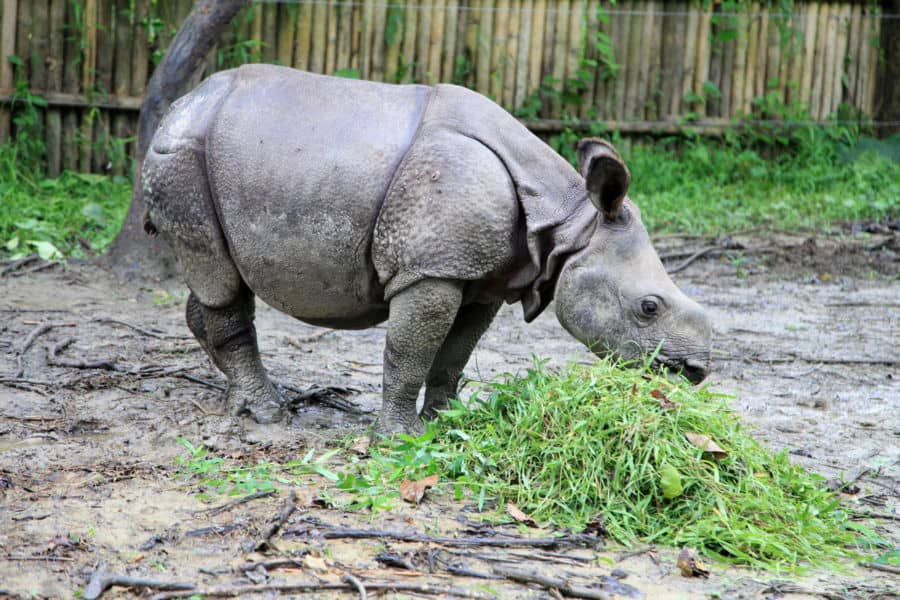 “The calf is hand fed eight times daily by dedicated keepers under the supervision of rehabilitation experts and a team consisting of veterinarians, park officials and members of WWF-India’s rhino team monitor the condition of the calf on a daily basis,” the WWF-India official said. 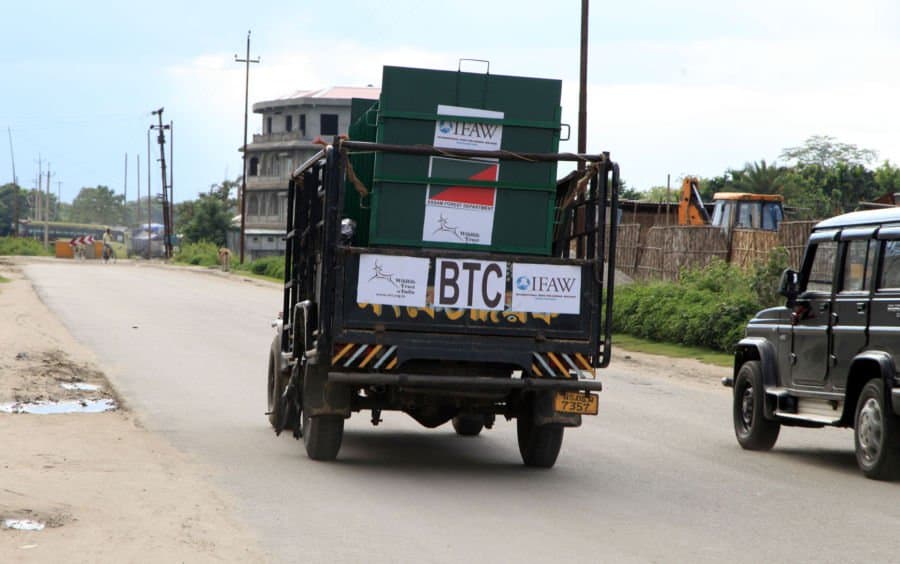 “We are happy that the rhino calf is doing well in its enclosure. The calf is a symbol of hope now for the rhinos of Manas and we will do our utmost to ensure that it survives to adulthood and can eventually be released from the enclosure to join the free ranging ones in the park,” PCCF of Assam state forest department Suresh Chand said. 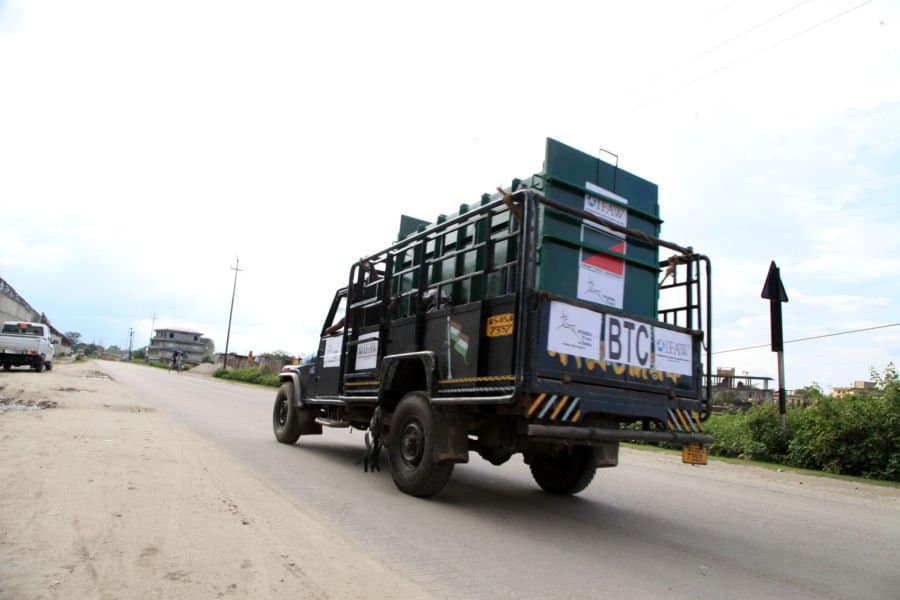 There were more reasons for cheer for Manas as two more rhinos gave birth to calves in the last month.

Rhino 17, the mother of the orphaned calf, is the fourth relocated rhino to have been lost to poachers in Manas in the last two years and the 16th rhino killed this year. 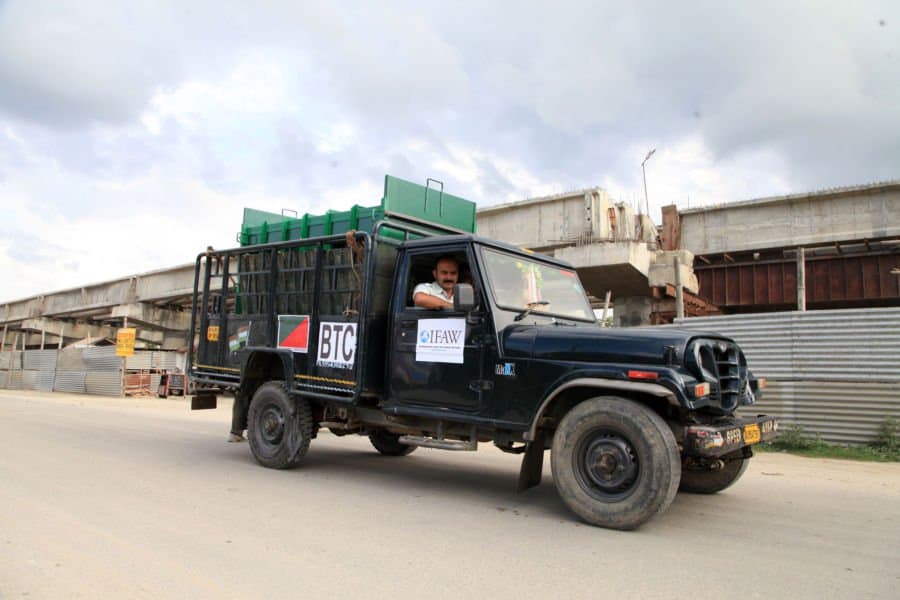 Out of the 18 rhinos relocated to Manas National Park, under the Indian Rhino Vision 2020 programme (IRV 2020), only 14 remain alive now.

Wrongly believed to be a miracle cure in countries like Vietnam, the rising illict demand for rhino horn continues to pose the greatest threat for the rhinos of Assam.

WWF-India will continue work with the Assam Forest Department and other stakeholders to ensure that the remaining rhinos in Manas are better protected and remains committed to the conservation of Assam’s rhinos through the IRV 2020 programme. 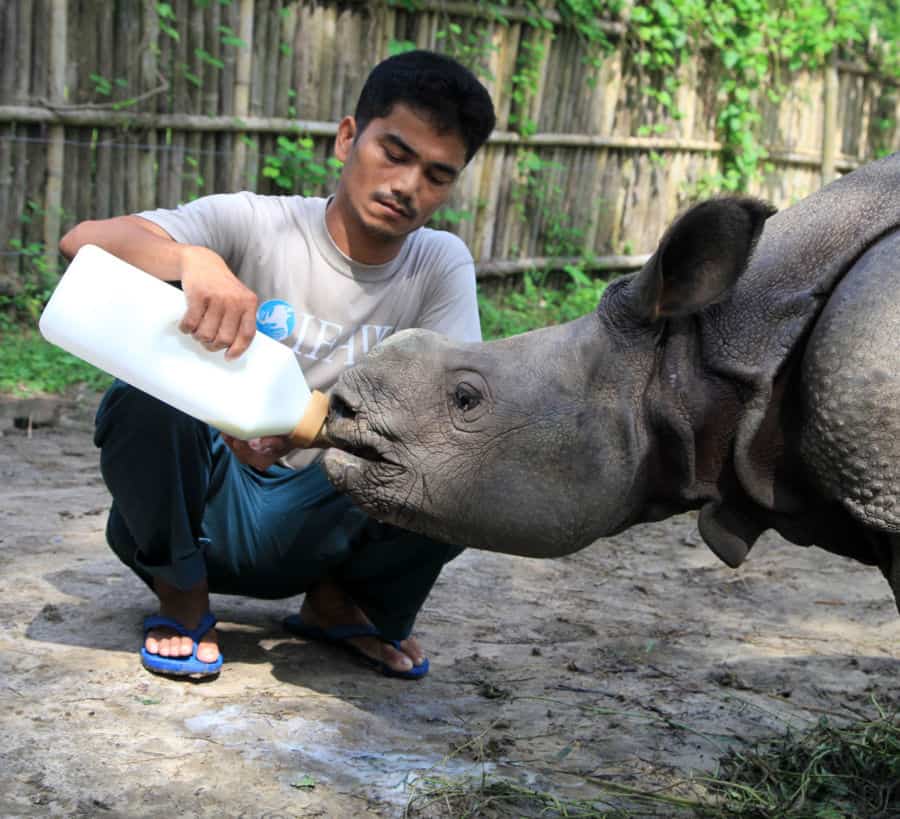 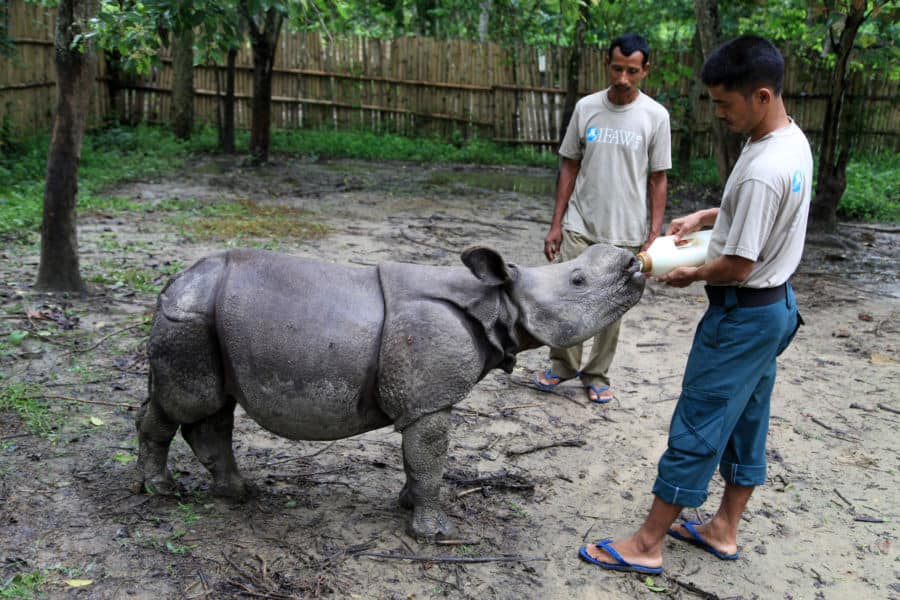 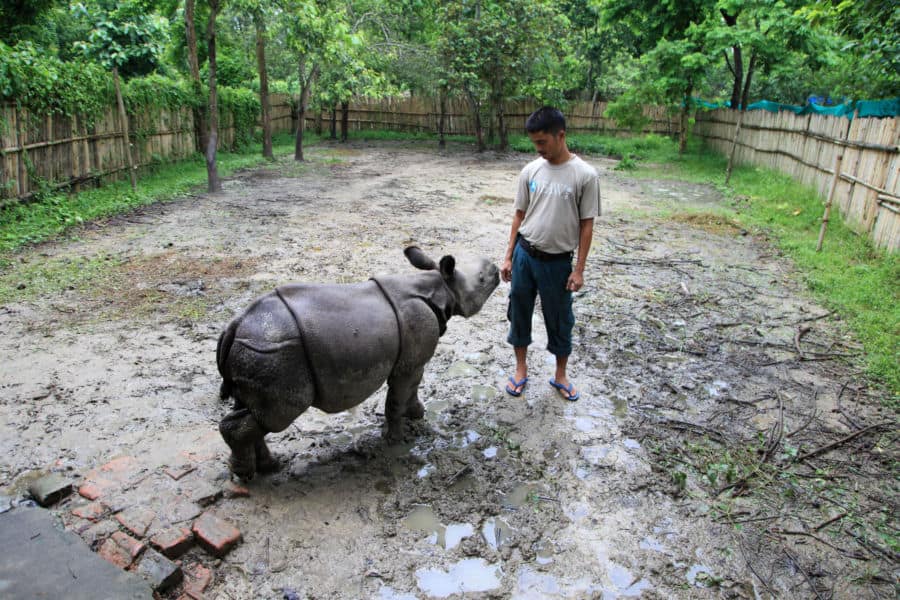