Over the last several years, I published several articles on Bikram Sambat, Nepal Sambat and other Sambats. Several Newar communities have attempted to blame me. I am not biased against the Newar community and have always respected them. I accept that Newars conserve the Hindu and Buddhist religions, cultures and traditions and have done so for centuries. But, I never believed the story of conversion of Sand into Gold. I have received several instances that prove that Sankhdhar did not start Nepal Sambat. King Ragha Dev was given the title as mentioned in Gopal Bansabal – it was ‘Pashupati Bhattarak Sambatsar’ – 63. The concluding sentences from Bishnu Dharma, a handwritten book at the time of King Raghav Dev is in Nepal Sambat 167. 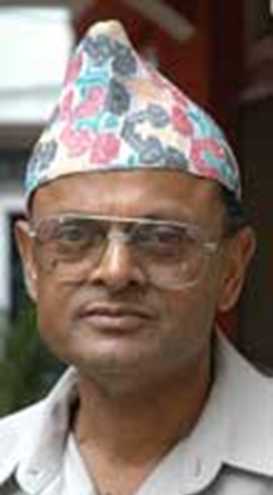 The story of conversion of sand into gold is imaginary. Nepal Sambat was born in Nepal and during the Malla Period, it was prevalent in Tibet, Bengal and several neighbouring countries. It was also in use during Prithavi Narayan Shah and the Rana period. But due to inconvenience in changes in tithi (date), Chandra Shamsher started to write only on the present Bikram Sambat. Bikram Sambat proved chroncically because it contained 365 days in a year in contrast to 354 days in the Nepal Sambat. Many historians have studied its proponents and its founder.

Similarly, the Shaka Sambat was started by King Kaniska from 78 AD and it was gradually lost during the Moghal and the British Empire in India, but Prime Minister Jawahar Lal Nehru restarted it in 1957. But as it had only 354 days in a year, it was not practical and AD was reused. Historian K. B Udaya wrote that there is no proof of the rich Sankhadhar at Kathmandu in the Gorakhapatra on Nov 13, 2007. He writes – The culture regards the King as an incarnation of Lord-Narayan or Vishnu. Sankahdhar. Sankhadhar is rendered one wielding the conch. After the mid-term elections in 2056, through an ad-hoc decision of the Council of Ministers chaired by Krishna Prasad Bhattarai, presented by minister Omkar Prasad Shrestha made an erroneous decision of declaring Sankhadhar Sakhwa a national hero (Bivuti). Such a decision made in haste is unsuitable.

French scholar Syavan Levy has writtem that the people revolted against the Tibetan king ruling Nepal between the 7th and 9th century AD and liberated the country. Nepal Sambat started between 879 and 889 AD. One of the Historians Pro. Bendal has written about the rule of king Raghav Dev of the Lichhavis and started Nepal Sambat in 880 AD. Historian Balchandra Sharma agrees to this point in his history book Nepalko Aitihasik Ruprekha.

On hearing from an astrologer, King Ananda Malla of Bhaktapur ( There is no record of King Ananda Malla in history at that time) asked to bring sands from Bisnumati River. But, Shankhdhar Sakhwa asked the King’s carrier to deposit the sand to him and carried another sands to the King. Historian Bhuvan Lal Pradhan supported the conversion but arising the arguments leter he wrote about gold particles found in the river. So, there is no strong argument about Shankhdhar. Historian Dhanbajra Bajracharya, Shankarman Rajbansi,Baikuntha Prasad Lakaul and Krishna Bahadur Udaya are the Newars who have proved that Nepal Sambat was started by King Raghav Dev. The Nepal Samachar, in its editorial (dated 2058-7-30), wrote that the story of conversion of Sand into Gold has not been established.

Some followers of Shankhdhar have written that south gate at Pahupatinath has a stone-statue with Sankha(Conch) in hand, is the statue of Shankhdhar Sakhwa. But this is not true. This is the statue of King Bhagiratha, devotee of Bhagitathi Ganga for water in the earth. Such statues are found in front of 108 Shiv Temples across the River Bagmati, in front of Ganga Mata, Sundhara at Dharahara and Patan Sundhara. We can see such a statue stands in front of Swarna Buddha Mandir in Patan also.

So, I request, do not try a exercise in futility. True history always follows the real events, evidence, writings, chronology, the heresay also must be trustworthy. So, let us not establish any assumptions contrary to the historical fact only to gain political or individual racial benefit.

ABOUT US
NewsBlaze is the alternative business and world news newspaper, with entertainment, music, politics, and the latest breaking news and videos.Visit the NewsBlaze Pressroom to see NewsBlaze in the News
Contact us: [email protected]aze.com
FOLLOW US
© Copyright (c) 2004-2021 - NewsBlaze Pty. Ltd.
Posting....
Go to mobile version