Recently one motorcycle (of Indian Bajaj Company) belongs to Nepal Karmakar, who hails from Wagsik hamlet of West Garo Hills district of eastern Indian State, Meghalaya, was missing on 04th June, 2011, at night. When Nepal saw his motorcycle was missing from his residence, subsequently, he had gone to the nearest Bagmara PS of West Garo Hills district and lodged a police complain/case Motor Cycle vide GD Number 87 dated 04th June, 2011.

In this context, on 05th June, 2011, Bagmara PS had requested Company Commandant of 40-Battalion of BSFI at International Border Out Post (IBOP)s-Bagmara and Bhawanipur respectively and informed about the incident. After hearing the entire information of the aforesaid incident from Indian Meghalaya State Police Force (IMSPF) department, BSFI took immediate steps and activated their all International Border Out Post (IBOP)s and the entire units of Intelligence Cell of BSFI. 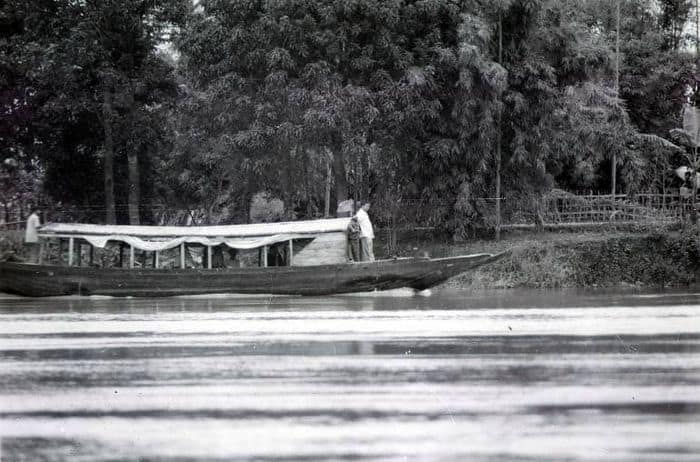 Meanwhile, when search operation was started, Bhwanipur IBOP company commandant of BSFI contacted with his counterpart Border Guard Bangladesh (BGB) company commander of Bijoypur IBOP of Netrokona district of Bangladesh and requested him to trace out the stolen motorcycle in case crossed over to his side of the aforesaid international border. Hearing the incident, BGB company commandant immediately took initiative about the incident, traced out and confiscated the stolen bike on the same day on 05th June, 2011. 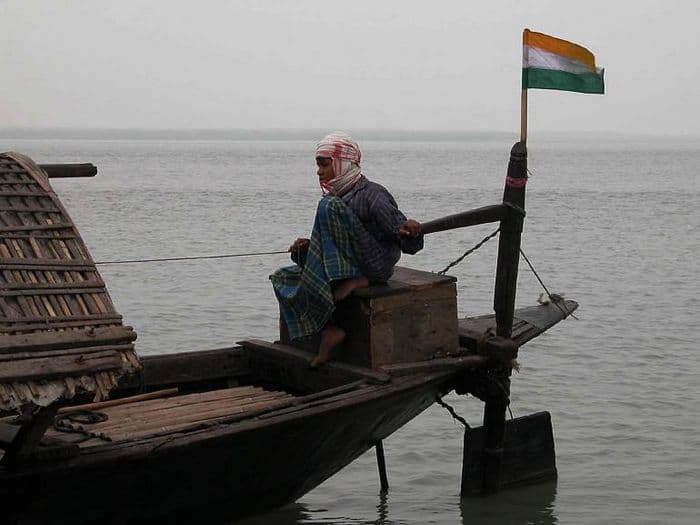 After that without delay, the international frontier border guard of Bangladesh BGB contacted with his counterpart BSFI and informed the aforesaid matter. Next day, on 6th June, 2011, international border flag meeting was conducted between the two respective international border forces between 16:15-hours to 16:30-hours near the International Border Pillar Number (IBPN)-1154/6-S and BGB company commander of Bijoypur handed over the bike (‘Bajaj Discover’) Registration Number ML-09/8412 to BSF (see picture). 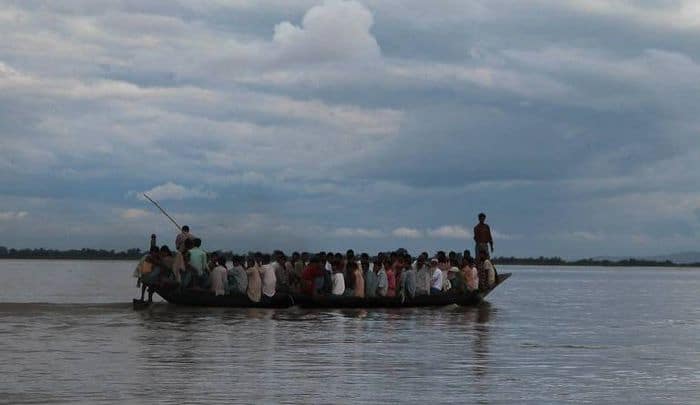 Believe it or not, it is true that boats are run by bike-engines. There is a class of Bangladeshi smugglers, who have found ‘Bike Smuggling’ highly fruitful business along the hilly states that lie on the international border side. These gangs of smugglers are in operation in those places, which lie between Eastern Indian State, Meghalaya (EISM) and Bangladesh. It is a very alluring trade and it easily fills the empty coffer of a class of miscreants that try to reign in the international border and so. 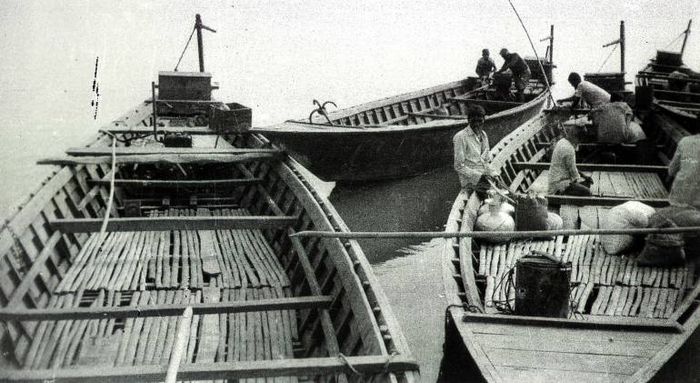 Thus, the area, where prohibited goods or materials were not allowed to carry out has now become a heaven of smugglers, miscreants and so on, who fearlessly carry out their illegal business in these areas.

These men, who have got them involved with this kind of smuggling that is, stealing bike engines and selling these stolen apparatus to the persons, who reside beside neighbouring areas, earn a huge sum of money. Hero Honda, Yamaha RX 100, Bajaj Pulsar, Bajaj 100 CC to 120 CC/135 CC, etcetera likes bikes are in the list of stealing and smuggling. The purchasers buy these engines at a cheaper price and use them in their small boat, locally called Bhutbhuti or Phatphatti (that is, a boat powered by a minimum 03-Horse Power [HP] to 05-hp and maximum 30-hp 40-hp) in both side nations. Actually, the aforesaid engine is only for propulsion, its power depends on how far into the river it travels. 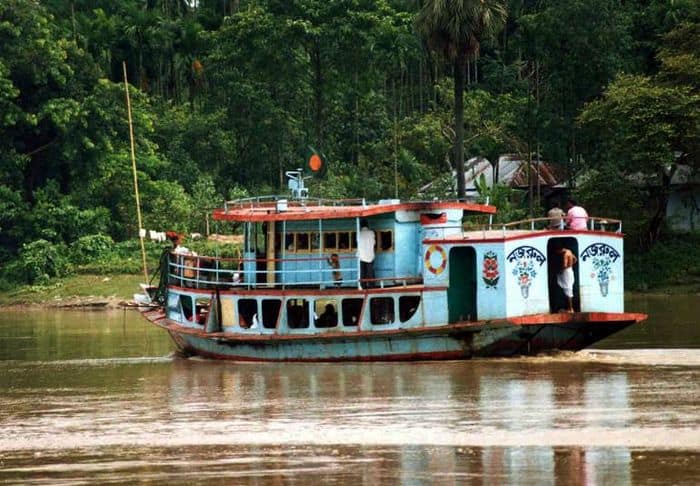 This so-called Engine Fit Country Boat (EFCB), also popularly known as in Indian side as Shallop or Shallow (that is, a kind of boat without masts), run by Petrol, Diesel and Kerosene oils, which ply in the rivers in the international border areas or Bangladesh. Bangladesh generally imports these bikes that is, two-wheelers from the states like Japan and North-Korea, etcetera. The reason is that India has never shown any interest to export these things to Bangladesh. At that time, the matter of smuggling Bikes did neither catch attention of any important ruler nor ruled and as a result, the business of the smugglers was going on smoothly.

The indifferent attitude of the inhabitants of above international boundary area also supplied oil to the wheels of machines of smuggling. But, the air of suspicion soon began to blow in the minds of the officials on duty, when these activities began to hang high there. In the meantime, a few miscreants related to these smuggling bikes are caught. It is from these smugglers the officials came to know that the smuggled bike engines are sold to the owners of the mortar boats, who use them to ply their Bhutbhutis (that is, Motorboats) in the rivers in Bangladesh or so. 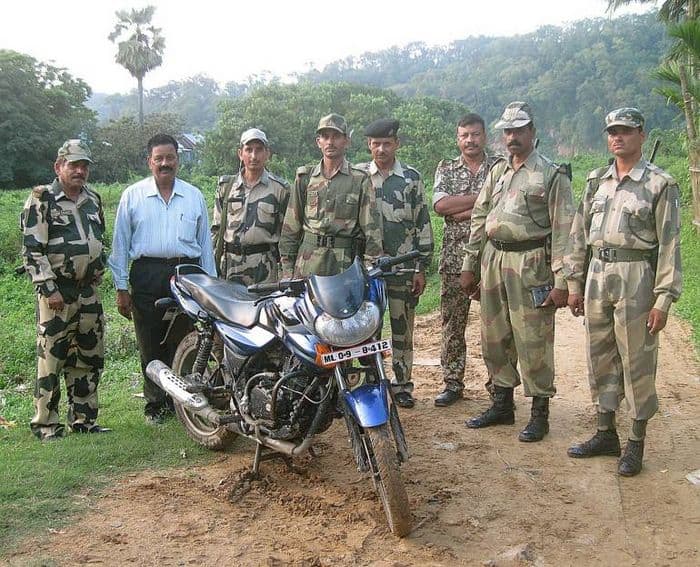 The matter takes to air, when Mr. Dalton Marak, the Superintendent of Police (SP) of Indian Meghalya State Police Force (IMSPF) of West Garo Hills District expressed on 01st August, 2010, “We have arrested a few Bangladeshi miscreants, who were engaged in stealing bikes some months ago, who upon enquiry confessed that they use to do these work in order to hook up easy money.”

The miscreants arrested at that time were 20-years-old, Kanchan Koch and 31-years-old Santa Koch alias Sarna Koch, who had couple of engines with them, which were plucked up from stolen bikes and hide themselves in Chibong Bongre hamlet of West Garo Hills District of EISM, but later caught red-handed by IMSPF with help of aforesaid village peoples and disclosed entire ‘racket’.

“It is fact that Bangladeshis are using this kind of bike’s engines into their boats to make the boats speedy and earn quick money from the trips. However, these kind of boats are harmful for the marine or aquatic species like fish, river-dolphin, river soft-shell-turtle, etcetera for their movement and others activities,” emphasized local journalist E. M. Jose of Meghalaya State.

Confirming the facts, the officials of the Indian Meghalaya State Government (IMSG) security intelligence agency pointed out, “It is correct that there are lots of cases have been registered in the Indian above states police stations in the name of bike theft or bike stealing. When in this connections bike lifters were arrested and interrogated in the custody, they disclosed that these bike’s engines are indeed using in motorboats in Bangladesh. Hearing this, we have come to know that this crime has given us the new idea that how the smugglers (including national and international) are not only usually selling their smuggling bikes and it’s others parts to the automobile markets of Bangladesh but also the bike’s engines are vehemently using in the boats of Bangladesh and how the boatmen of Bangladesh run their boats in their country as a ferry-service and get benefited from that.”

In this context, the BSFI soldiers posted at the Indo-Bangla international boundary and the personnel of the IMSPF confirming the matter and said, “These engines are handy as well as cover more mileage than the others. Further the engines have another merit, which is that it can easily be set up in the boats.”

Not only that it is fact that a gang of Trans International Border (TIB) bike thieves are operating at this particular aforesaid India Bangladesh international border zone (Indian Assam, Meghalaya and West Bengal States), who after thievery bikes smuggled it to Bangladesh. In this context it can be mentioned here that the corridors of India-Bangladesh International Border Smuggling of Motor Cycle in EISM are: Bagmara, Killapara (IBOP), Nokshi (IBOP, which lies opposite same village under Jinaighati PS of Sherpur district, Bangladesh) and Dalu (IBOP) of West Garo Hills district, Ramchenga, Gasuapara, Chandaboi (under IBOP), Debajani of South Garo Hills district,” pointed out an official of Indian Assam State Police Force (IASPF) department (Superintendent of Police of Dhubri district).

Supporting the facts, M. Kharkrang, the SP of West Garo-Hills District of IMSPF narrated, “In Borosora of West Khashi Hills District of IMSPF, one Kala Mian (means ‘gentleman’ in Muslim religious minority community), a leader of a gang of criminals, who were driving down a few bikes to Bangladesh having been stolen them from the hilly terrain areas with a view to selling them there. If the stolen bikes could reach Bangladesh, the criminal at once set to work, who even could pluck up the engines and then set up them in the Bhutbhutis.”

“It is very odious offence and it must be kept under rein and for this the bike owner must keep themselves alert of keeping them in their safe custody,” revealed one of the officer of the BSFI.