The common people of Assam in Northeast India have shown their braveness and gratitude to the motherland once again on the 63rd Independence Day (of India), as they came out in large number to join the celebration defying the diktats of separatist militants.

Not only the government functions, but also the private programmes for the observation of the Day were flocked by conscious citizens of the region. Mentionable that five armed outfits of Northeast called for a general strike (starting from 1 am to 6.30 pm of August 15) to boycott all the celebrations of India’s Independence Day in the region. 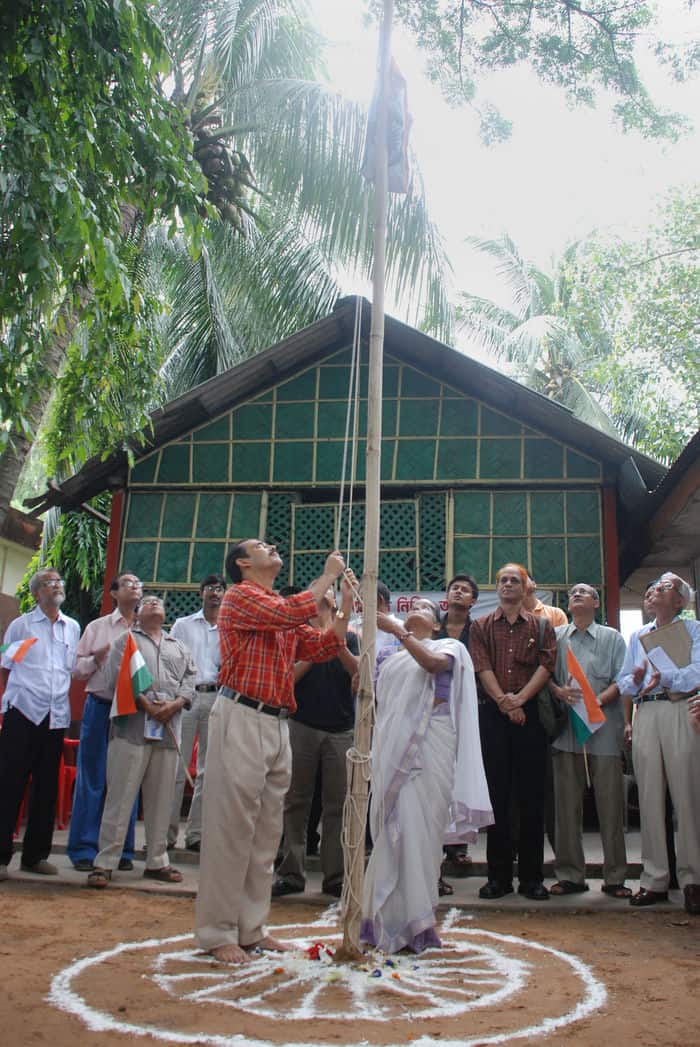 The Indian prime minister Dr. Manmohan Singh, while hoisting national flag at Red Fort, New Delhi also mentioned about the region and assured that the Union government continued endeavouring to make the States in the region equal partners in the country’s progress. He also entrusted that the road, rail and civil aviation projects of Northeast (also J & K ) would be specially monitored. “Those who think that they can seize power by recourse to the gun do not understand the power of our democracy,” reiterated Dr Singh adding that the security forces and intelligence agencies are being constantly upgraded with an aim to root out terrorist activities. He also maintained that New Delhi would succeed in its mission with full cooperation from all sections in the society.

The Assam chief minister Tarun Gogoi unfurled the national flag at Latashil playground. Addressing the gathering, Gogoi urged the separatist groups to come forward for peace talks. He also asserted violence and insurgency cannot help solving any problem of the State. “Assam’s problems cannot be solved through violence and militancy. Only through the democratic process, developmental schemes and work can its problems be solved,” he commented adding, “Due to militancy many innocent people died, several rendered disabled for life, women became widows and children orphans. 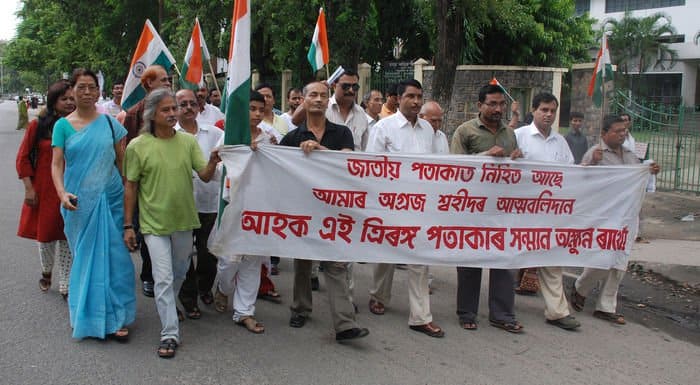 Government will never tolerate such activities of insurgents.” Celebrations took place in every nook and corner of the State to pay tributes to the patriots and martyrs who suffered and sacrificed their lives for the freedom of the nation. The journalists and citizens gathered at Guwahati Press Club to observe the day, where the National flag was hoisted by the eminent Assamese litterateur-journalist Nirupama Borgohain. Another veteran journalist, Dhirendra Nath Chakravarty, while explaining the significance of the Day, gave an outline of the country’s struggle for freedom and said hundreds of valiant heroes, who had sacrificed their lives, are yet to find a place in recorded history. He also led a procession, where hundreds took part with the Tricolour in hand and raising patriotic slogans.

Rupam Baruah, a Guwahati based senior journalist, argues that the national flag symbolizes the spirit of a nation that fought for independence from the clutches of the British imperialism. “Tricolour is the symbol of our common strength,” asserted Baruah adding, “On the two very special days (15 August and 26 January), related to our freedom-struggle, we hoist and salute the National Flag to pay our heartfelt homage to those countless patriots and martyrs who suffered and laid down their lives for motherland’s freedom. Because of their sacrifice we live today a free people.”