Open Letter of Felicitation to H.M. King Gyanendra Bir Bikram Shah Dev on the Occasion of His Majesty’s Sixty-Fourth Birthday

The United Nationalist Nepalese offers its heartfelt congratulations to Your Majesty on the happy occasion of Your Majesty’s sixty-fourth birthday, and we extend our earnest hope that the day has been spent in happiness and ease with family, friends, and well-wishers. This organization, in common with all sincere Nepali nationalists, took heart at the spectacle of the thousands of patriotic Nepalis who queued in front of Nirmal Niwas to offer their sincere regards to Your Majesty this week, as well as the effusive demonstrations of support which Your Majesty has encountered throughout Nepal.

Although divorced from any political office, the Crown which Your Majesty represents nevertheless remains a potent symbol of national unity in a country where unity has become an elusive ideal rather than a reality. Historically, the unity of the Nepali nation has balanced upon the triple pillars of the Crown, the Nepalese Army founded by King Prithvi Narayan Shah, and the Hindu faith which has always nourished our culture and national spirit. The eclipse of these institutions and symbols has dimmed the luster of Nepali nationalism and enervated the nation’s will. 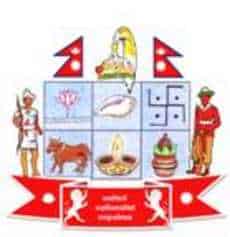 The past year has seen several severe setbacks for peace and unity, including a dangerous leadership vacuum in Nepal’s oldest democratic party, a punitive series of bandas by the largest party in the present legislature, the failure of the Constituent Assembly to complete its mandated task within its specified term, and the failure of the leading parties to form a new government within the deadline specified by Dr. Yadav. In this transitional period of political flux, it is natural that the people of Nepal should turn towards familiar symbols of continuity and unity, and the spontaneous expressions of affection and loyalty which thousands of Nepalis offered to Your Majesty this week are an unmistakable indication that a sizable part of the nation continue to view the Crown as such a symbol.

Your Majesty has spoken often over the preceding months of the need for the sovereign people of Nepal to chart their own course forward from the present state of malaise. This public message of unity and popular empowerment has been a welcome counterpoint to the often senseless invective which has dominated Nepal’s partisan political arena for the past few years. The United Nationalist Nepalese wishes to utilize this occasion to echo Your Majesty’s call for a renewed national effort towards unity and peace, and we, on behalf of all nationalist Nepalis, wish Your Majesty good health and happiness over the coming year.