As satellite news channels in various regional languages are booming in India, churning out sensational stories, the question of the credibility of the channels becomes pressing.

India, with over a billion population has more than 400 privately owned satellite news & current affairs channels, where most of the television media outlets are registered as ‘free to air’ with the information & broadcasting ministry (under the Government of India) so they are not entitled to ask the viewers for money directly. This implies that any audience can have the news and related programmes produced and telecast by these channels free of cost.

The consumers have only to pay the distributors, namely the cable transmission agencies and privately run direct to home (DTH) operators.

The operating costs of the free-to-air news channels, most of which are regional language ones, are seemingly managed from advertisement revenues. Indirectly, it means that the advertisers, not the viewers, always enjoy a say (influence) in the content of the news channels irrespective of merit and authenticity.

Totally dependent as they are on advertisement revenue, it is difficult to imagine how the television channels can pursue ethical, credible and impartial journalism. The closure of two Guwahati-based satellite news channels brought to light some bitter truths about the distribution process of television channels across the country. Prime News, a 24-7 private news channel, stopped operations on 1 October 2013, with the management implying that it was unable to pay a huge amount of money to the local cable network distribution agencies. It informed employees that it could not meet the cable network’s demand for nearly Rs 2 crore as carriage fee, due to which cable operators had blacked it out for nearly three weeks in September 2013. 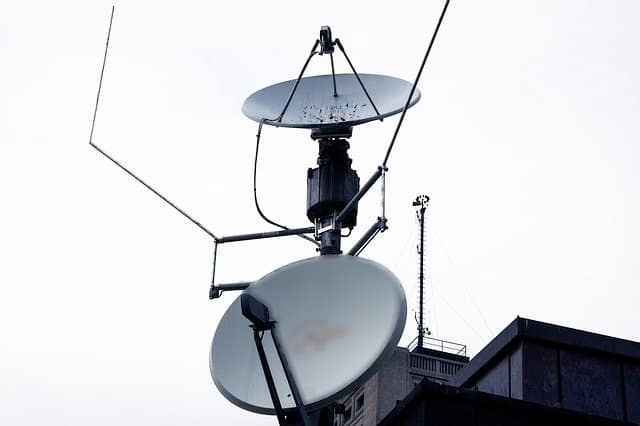 While the owners of the Guwahati-based private news channels allege that they have to pay around Rs 20 million, which is one-fifth of their annual expenditure, to cable network agencies every year for facilitating distribution of their programmes to viewers, the cable television operators’ association in Guwahati claims that they have the right to receive a carriage fee from the channel owners.

What is worth a mention is that the private DTH services have already completed a decade in India, after the Union government in New Delhi issued the license to Dish TV to operate in the country in 2003. Initially concentrated on the rural market of India, where the cable operators are still not visible today, the DTH operators slowly encroached into city and metro areas.

By 2006, Tata Sky joined the competition with high-quality signal and a kind of choice for subscribers to select their package of channels. The rest of the DTH operators had stepped into the business in and after 2008 to give a huge boost to the Indian television distribution market.

The DTH operators in India today tap over 40 million active subscribers and the number is increasing every month. With quality transmission, the DTH operators have empowered subscribers to select their packages (instead of depending on the whims of cable operators).

India today has over 800 registered satellite television channels, more than half of which are news channels in different regional languages. Union Ministry sources reveal that there are over 410 privately owned news & current affairs channels, making the news broadcasting industry in the populous country worth around Rs 20 billion.

The Electronic Media Forum Assam (EMFA) and Journalists’ Forum Assam (JFA) have already urged the Union government to reform the distribution system of local news channels. Both organizations wanted the transaction between the channel owners and the cable network operators as well as the DTH authorities to be made taxable. When a news channel has to spend for everything, including production and distribution of its news, and the entire expenditure has to be compensated through advertisement revenue, the commitment of the free-to-air channels to the viewers can always be at stake.

Now the question that arises, is it time to have few more paid/payable (read credible) news channels in various regional languages, that can survive with contributions from subscribers across the populous country?

With a transparent and dedicated management, the news channels may function without having to heed the diktat of advertisers or pander to the whims of distributors, as the conscious and esteemed viewers would ultimately prevail over them for transforming themselves into credible and pro-people media organizations.