The tribes established an ancient elephant corridor in a remote forested area of Assam’s Karbi Anglong district yesterday. The trendsetting move by the Karbi royal came after continuous persuasion of the Wild Life Trust of India (WWF). 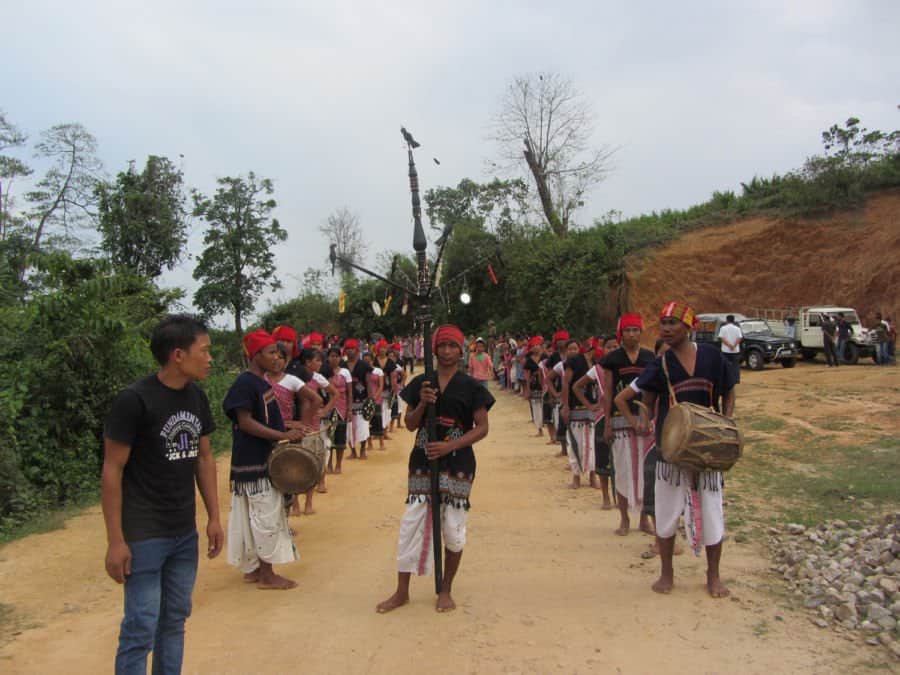 “The step became necessary to allow the elephants’ free movement and to avoid conflict with humans,” His Highness King Harsing Ronghang said during the ceremony. The area is located in the northwest of Karbi Anglong and is administered by Chokihola police station.

Ram Terang village which was relocated yesterday is flanked by several other villages; village Sir Kro, Tiklangso etc. All these settlements became target of the elephant for annual venture specially during harvesting season. Large herd of elephant moves through this area demolishing hundreds of thatched houses and devouring acres of standing ripe paddy every year. Provocative attack of the elephant caused many human causality also and large number of animals lost life due to human malice. All these villages turn out to be an artificial barrier on the way of the elephant’s free movement, which in reality is their century old access strip which links distant land up to Myanmar and Arunachal Pradesh. 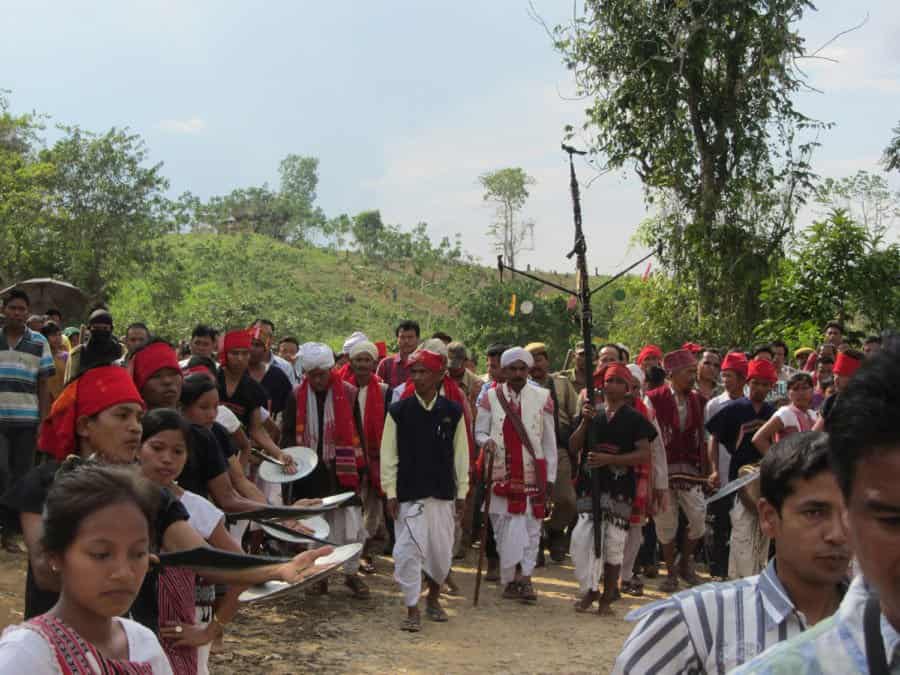 The WWF prepared the scheme of relocating the village after meticulous observation of the viewpoint of man-elephant conflict and forwarded its project report to the Ministry of Forest and Environment for rehabilitation of the displaced persons .

Group of senior officials of WWF, Assam Forest department accompanied His Highness King Harsing Ronghang to the remote village from Hamren where the Karbi King resides. He later laid the foundation stone of the new village. Hundreds of villagers welcomed the King and the kinsmen with traditional scarf and garland. 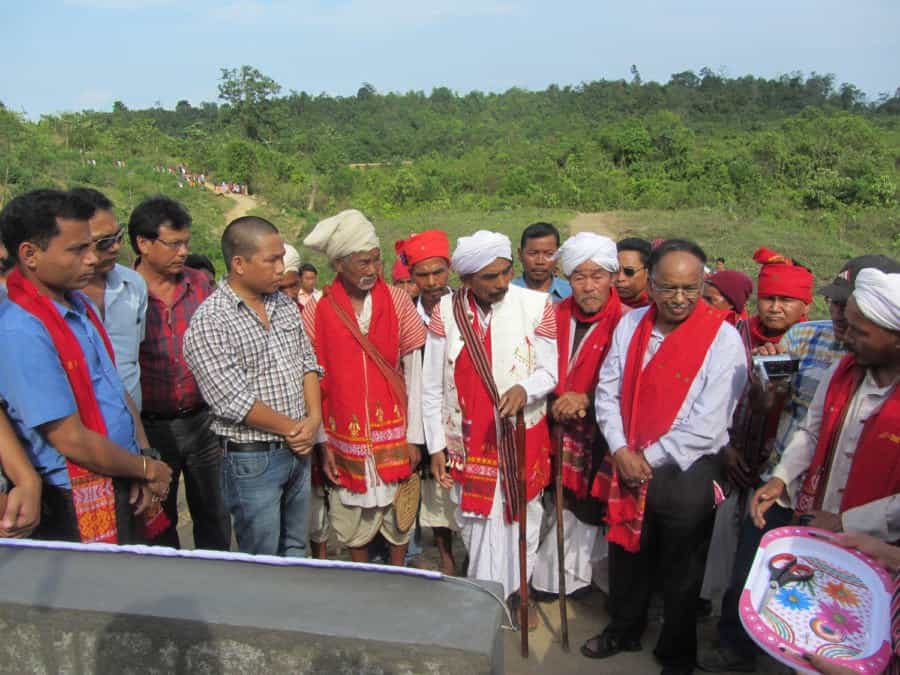 This will be the first project of repositioning the human-settlement to protect animal habitat in northeast India. The villages will be provided with good housing, drinking water, electricity, school and other facility.

The Government is considering the proposal of providing government job to competent youths of the relocated villages as well.

It may be mentioned that till now the WWF has identified eight (8) elephant corridors in Assam, out of which four (4) very lengthy corridors are within the geographical setting of Karbi Anglong district. The districts are Kalapahar, Daigrang, Kajiranga- Karbi Anglong or Panbari- Kakojuri. 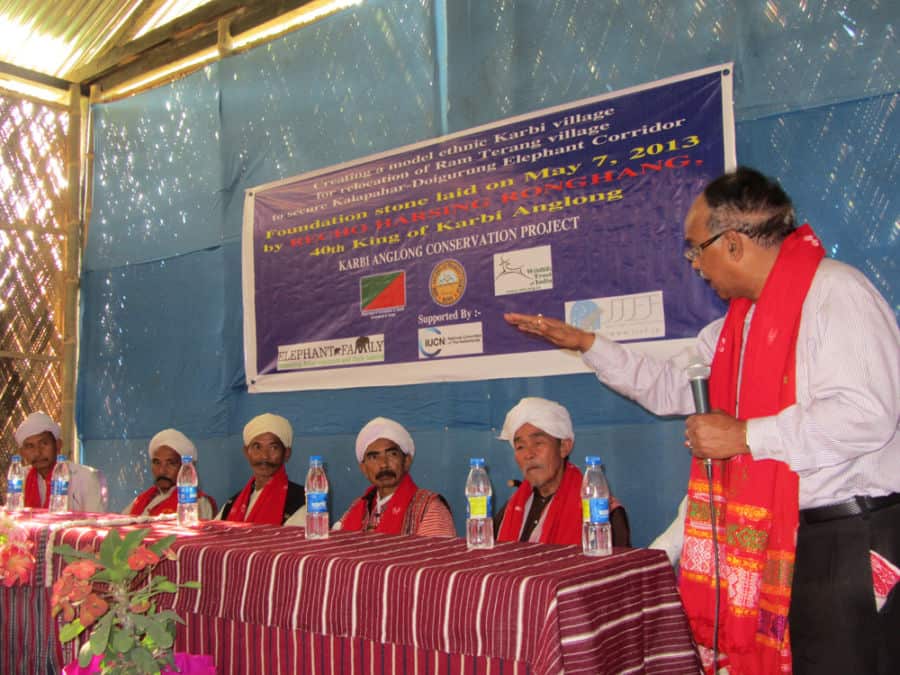 International NGO Elephant Family, National Committee of the Netherland and Japan Tiger and Elephant Project is associated with Wild Life Trust Of India in this project. The WWF extended financial help of fifteen thousand rupees to Kang Bura Signar father of Ron son Signar who was killed in man- elephant conflict in village Sir Kro on 28th May 2011.

“At a time when man-elephant clash has taken a critical turn the step taken by His Highness King Harsing Ronghang definitely deserves positive reception, this will also encourage all involved in the endeavour to work with more enthusiasm,” Parimal Bhatacharjee, Trustee of WWF and well-known naturalist told the press.