The BJP RTI cell of Karbi Anglong has raised a number of allegations against the Chief Executive Member of Karbi Anglong Autonomous Council, Tuliram Ronghang. The allegations concern his involvement in the embezzlement of hundreds of crore rupees by manipulating several Government of India Irrigation Department subsidized schemes.

Ronjeet Ronghang and Mohon Rongpi, both convenors, alleged the CEM is answerable as to how, out of total subsidized schematic amount of Rs. 150, 52, 00002/-, that work amounting to Rs.19,58,334,.34/- was settled through the tender process but for the remaining amount, no tender process was observed.

Both Ronjeet Ronghang and Mohon Rongpi stated that most of the work was allotted to persons closely associated with the CEM, and the actual beneficiary is none other than the CEM himself. 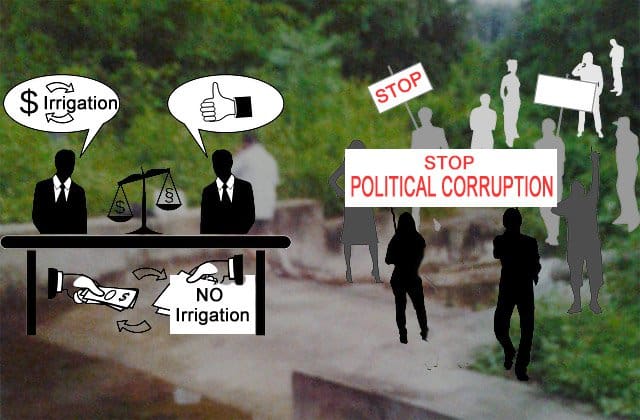 BJP leaders have warned Tuliram Ronghang to stop the self certification.

Both district BJP office bearers challenged the CEM stating that BJP will not buy his whimsical lies and argument. “The BJP RTI cell would like to remind Mr. Ronghang that if the complaint is false why didn’t he file a defamation case against the duo? What does he mean to say by saying that without work no payment will be made? Does he mean to say that so far payment has been made without execution of works, BJP RTI cell will reveal his true colour when the time comes,” Padma Maibongsa, district BJP vice president said.

Soon after the complaint was lodged, the Chief Executive Member was demonstrating his proactive disclosure of the so called work in progress by conducting frequent visits to some particular work sites with media personnel. The BJP graft charge against the Congress ruled KAAC has claimed that colossal amount of government funds has been misappropriated in the Irrigation department’s Hamren, Kheroni and Diphu subdivisions, which needs to be investigated immediately by competent technical and financial experts.