As the scientist and environmentalists apprehend that the vulture population of India has been declined by more than 97 percent in the last few years, the government and some non-government organisations start campaigning for the captive breeding of vultures.

Today, India has only 11,000 white-backed vultures, 1000 slender-billed vultures and 44,000 long-billed vultures, which are declared as critically endangered by the International Union for the Conservation of Nature. Moreover, they are listed as Schedule I species in the Indian Wildlife (Protection) Act, 1972, which is applicable to the tiger and one-horned rhino also.

Rapid urbanisation, destruction of habitat (primarily the loss of high-rise trees, where the vultures go for nesting) and many other modern day factors (like the rampant use of pesticides-DDT, hitting aeroplane, other moving objects in the sky, electric power lines and even poisoning of vultures in some cases) have caused the declination of vulture population. 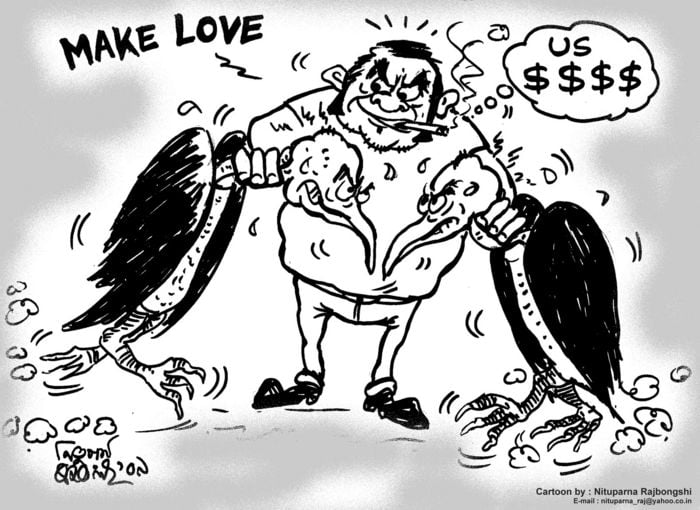 The vulture normally does not hunt living animals (in rare cases, the birds may kill the wounded or sick), but depends on carcasses of livestock and wildlife for their primary food supplement. The scavenging birds that way help in keeping the environment clean. A matured vulture needs almost half-a-kg meat every day. And the most common theory, except few opposition voices, emerges from here that vultures die of eating toxic meat with high percentage of diclofenac residue.

Dr Vibhu Prakash, the principal scientist for the vulture conservation breeding programme of Bombay Natural History Society claims that there is very strong evidence suggesting that diclofenac was the cause of the mortality of vultures. “We found that, over 75 per cent of vultures which were discovered dead or died of visceral gout had diclofenac in their tissues,” he asserted. The century old BNHS started a rigorous campaign against the diclofenac since 2003. India introduced the drugs in 1993 and later New Delhi banned the manufacture and importation of diclofenac for veterinary purposes in 2006.

The BNHS later propagated the concept of captive breeding as the only viable option to save the creatures. Dr Prakash highlighted that considering the fast declination of vultures and also the availability of diclofenac in the markets, the conservation breeding programme appears to be the only way of saving the species. “By bringing some vultures in captivity, the life of these vultures is saved and once they start breeding, they would augment their population. 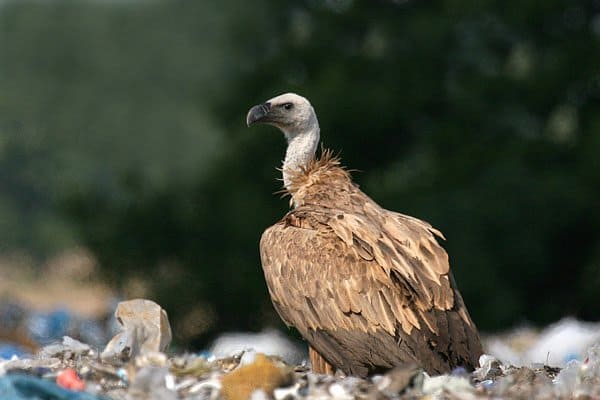 The vultures will be released back in the wild once we are sure that there is no diclofenac available in system,” he narrated. With the permission from the Union Ministry of Environment and Forests (GoI) and supports from a number of international funding organizations like Royal Society for the Protection of Birds (UK), Zoological Society of London, Peregrine Fund (US), the reputed wildlife research organization today runs three vulture conservation breeding centres at Pinjore of Haryana, Rajabhatkhawa of West Bengal and Rani of Assam. But Dr Anil Kumar Chhangani, a wildlife expert from Department of Zoology, JNV University, Jodhpur argued, “The captive breeding should not be the only way to conserve vultures. Rather a countrywide rescue programme for the vultures should be encouraged.”

Similar views were expressed by Soumyadeep Datta, an Assam based environmental activist saying, “The matured vultures select their partners in the wild for breeding and the birds lay eggs in such a situation, which cannot be arranged in the captivity. Moreover, vultures are monogamous birds and they maintain the loyalty of conjugal lives till deaths. Only one egg is expected from a pair in one season.

The caring mother continues its close bond with the baby till the chick attains maturity by five years.” Datta, the director of Nature’s Beckon also asserted that the indiscriminate lifting of chicks, as done by the BNHS people in Assam, from the nests would only disrupt the male-female ratio of the vultures. “We suspect that collecting babies from the nests will put negative impact on the sex ratio and finally the population of vulture in our region,” Datta said. The members of Nature’s Beckon suspect that the BNHS people had started capturing vulture chick and adults in Assam since 2005.

In the long period, they must have captured nearly 100 adult and semi-adult vultures from the State and most of them were taken to the captive breeding centres of Haryana and West Bengal. Asad Rahmani, the director of BNHS, has however denied allegation that removing some chicks from the nests would disrupt the sex ratio of vultures. He argues that the sex of any chick/young is random (except in some reptiles where it is temperature dependent). In every conception, there are equal chances that it could be a male or a female.

In any large population of animals, this includes human being also the sex ratio is statistically 1:1 (or 50:50). Responding to the queries of this writer, Rahmani also rejected the accusation that the BNHS people lifted nearly 100 adult and semi-adult vultures from Assam, saying “After proper permissions, we have taken less than 55 chicks, out of which 35 are in Assam at our Rani Vulture Conservation Breeding Centre.”

It is however for records that Rahmani faced public outrage at Guijan of Tinchukia district of Assam during one of his recent visits to the State. The local people had protested against the capturing of vultures from their localities and the incident was covered by both the print and visual media of the region.