The Asian Centre for Human Rights, (ACHR) which has Special Consultative Status with the United Nations Economic & Social Council, (UN ECOSOC), claimed in a report that the Indian National Commission for Minorities (INCM) is ‘Communalising the Ethnic-Clash of Indian Assam State.’

Released to the media, the ACHR report stated that a minorities commission team, consisting of Indian Planning Commission Member, Dr. Syeda Hameed, Advisor Dr. G. B. Panda and Member of INCM, Keki N. Daruwalla visited the riot affected areas of Lower Assam during the period of 11th August, 2012 to 12th August, 2012. They submitted a report, where it was briefed, “The mandate of the INCM as per the National Commission of Minorities Act, 1992, is the protection of religious minorities notified by the Government of India.”

However, the INCM effectively reduced the riots in Assam to ‘Bodos’ verses ‘Muslims’, wherein Muslims have been defined as ‘minorities’. Therefore, falling within the mandate of the INCM and the Bodos have been defined as a majority in clear violation of the INCM Act. The INCM Act does not include ‘ethnic minorities’ and in terms of ethnicity, all the ethnic groups in Bodoland feel they are minority,” their press release said.

Further, the ACHR alleged, “The INCM delegation visited only one Bodo clan camp, that is, Vidyapeeth High School at district headquarter town of the state, Kokrajhar and six Muslim relief camps. The Vidyapeeth High School, which is situated in the heart of the headquarters of the Bodo Territorial And District Council (BTADC) of Brahmaputra valley and therefore, its condition is better than other Bodo relief camps and the inferences drawn by the INCM are inaccurate.”

The INCM failed to ensure impartiality at a time, when it is clear that both the Bodos and Muslim community are scared to return to their respective villages surrounded by the other community. Despite this reality, the INCM concluded that in the case of the Muslims abandoning their villages and their houses being looted and gutted, there is a ‘design to see that they do not return to their own villages’. While with respect to the Bodo houses being looted and gutted, the INCM stated that the Bodos did to themselves,” affirmed Suhas Chakma, the ACHR director.

“As over 6,000 people from North East India assembled at the capital city of the Indian State Karnataka, Bangalore Railway station on 15th August, 2012, the INCM released its report, which stated that ‘the conflict was unequal as the Bodos were killing Muslims with AK-47 weapons and there is impending fear of militant Jihadi cadres supplying arms to Assam State.’

The INCM made these statements, when the press until today has not been disclosing the identities of the victims even those, who were thrown off the train while fleeing in order to prevent further escalation of the conflicts.”

“The biased and inflammatory report of the INCM further contributed to the vulnerability of the North Eastern people and the feeling among them that INCM is not for their protection even if majority of them are Christians and had nothing to with the riots in Assam State. Though, 50,000 people of Indian North Eastern States have fled from mainland India in the last 7 days and a majority of them are Christians, the INCM failed to stand up for these Christian minorities from the North East,” alleged Chakma of ACHR.

The director of the ACHR also asserted, “Therefore, in view of the biased report of the INCM, there is a clamour growing demanding the visit of the National Commission for Scheduled Tribes (NCST) that is mandated to protect the rights of the Scheduled Tribes including the Bodos. A report by the NCST focusing on the rights of the tribals of the said state at this moment is neither likely to contribute to the reconciliation that is, indispensable nor undo the ‘communalisation’ of the riots in Assam State by the INCM.”

But, the ACHR organistaion urged, “In this entire context, the National Human Rights Institutions must not communalise riots, which start over simple local issues.” 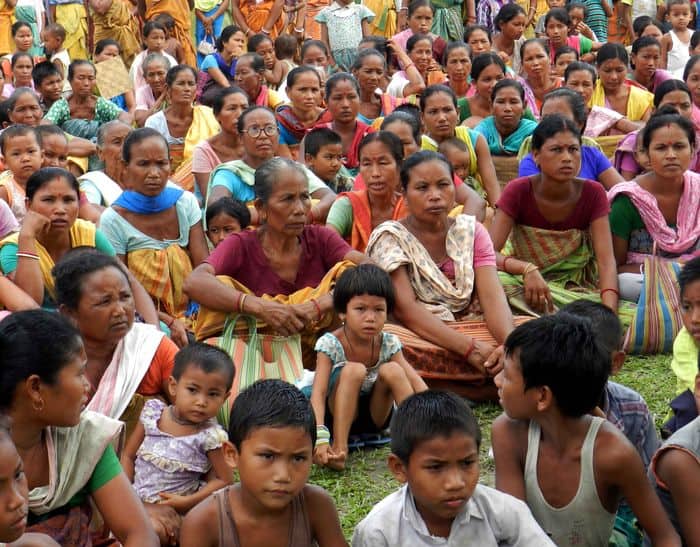