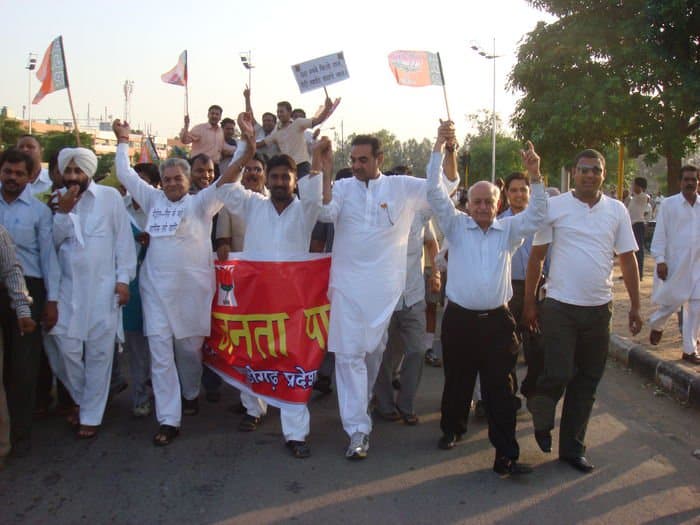 The party adopted unique ways to protest against the hike in petrol and LPG prices. At one place the party activists tied the car with a horse symbolizing that the cost of petrol cannot be afforded by the common people-and that the cars and other vehicles will have to be towed away by horses. At another place of protest, the party activists put scooters on horse carts. 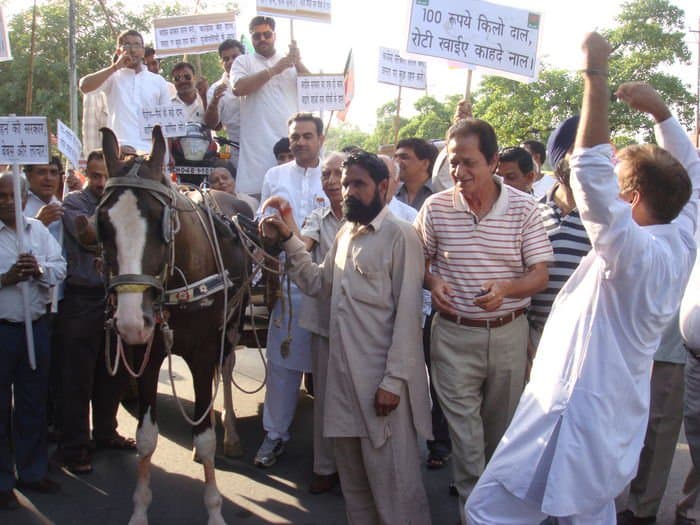 Addressing the protest rallies and protest marches at various places, party President Sanjay Tandon said that the Central Government have failed to keep the promise they made at the time of parliamentary elections. The Congress claimed to control the prices within 100 days of forming the government but they made a mockery of the public and its trust by increasing the petroleum prices three times during the last six months. The Bharatiya Janata Party will not remain a silent spectator to all this and will keep the general public aware about the misdeeds of Congress.