The groups are seeking a political solution to the longstanding demand for a separate state of Boroland. This demand has been going on for 46 years.

After meeting the Home Minister, the joint delegation team expressed hope that there would be an amicable political solution on Boroland.

According to Jebra Ram Muchahary, the joint group’s Chief Convenor, the Home Minister assured them he would expedite the peace talks at the right political level to find an amicable solution to the Boroland issue.

Earlier , PJACBM team already had two separate consultations on NDFB (P) peace-talk with MHA officials on 12th and Mr.P.C Haldar on 14th March respectively to contribute in the peace process from the PJACBM.

The memoranda below were presented to the Honorable Home Minister, Shri Sushil kumar Shinde during the meeting this morning at 9:30 AM. 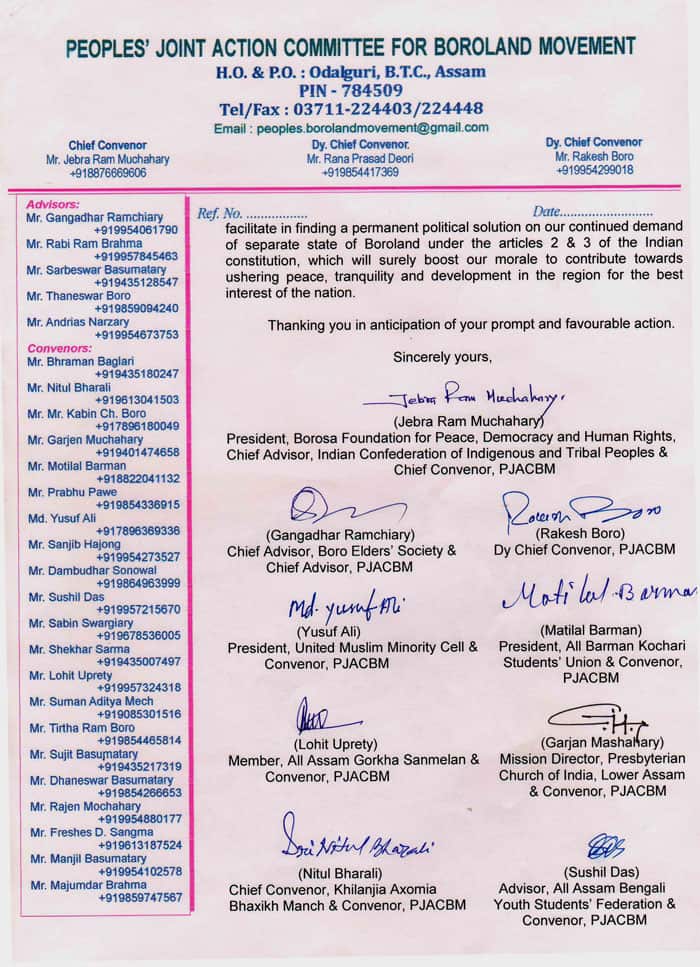 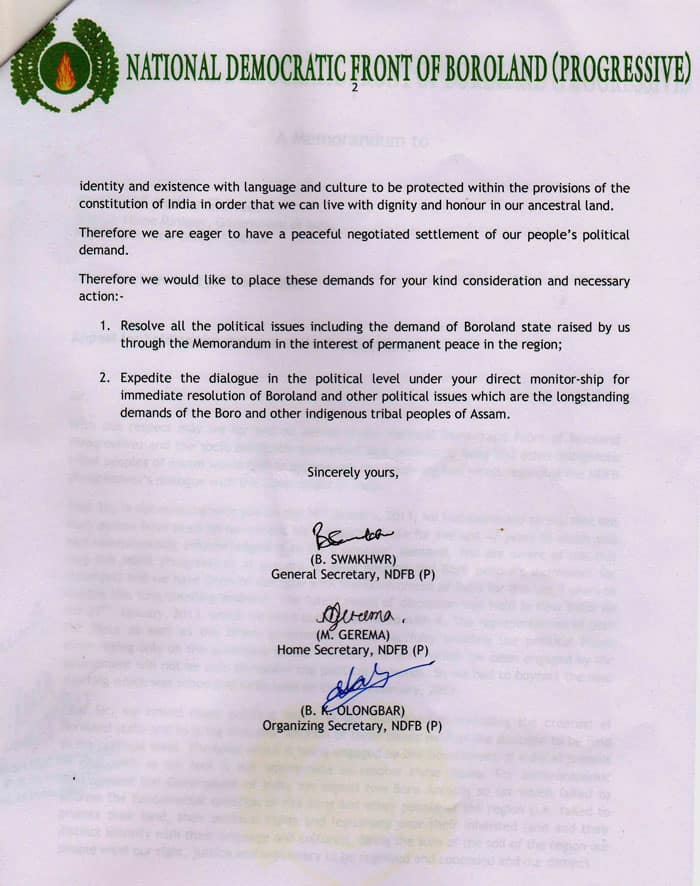