The Union Home minister Rajnath Singh on Thursday said that the National Investigation Agency (NIA) will probe the attack on Adivasi people in two of Assam’s districts by National Democratic Front of Bodoland (Sangbijit) militants.

During a press conference held in Guwahati, the Union Home minister made a commitment that NIA will probe the Adivasi attack in Assam.

“PM Narendra Modi and the Union Government are concerned about terrorism and there will be zero tolerance in dealing with the NDFB(S) militants.”

“The incident is very unfortunate and we will not compromise with terrorism,” Rajnath Singh said. “We will not hold talks with such rebel groups like NFFB(S) who killed children, women,” the Union Home minister said.

“The All Out operation against the militants will be launched soon. The Union Foreign Affairs minister Sushma Swaraj had already talked with premiers of Bhutan and Myanmar and they have assured to cooperate in operations against terrorism,” Rajnath Singh said.

The death toll rose to 81 in Assam violence as two more bodies were recovered in Kokrajhar district. 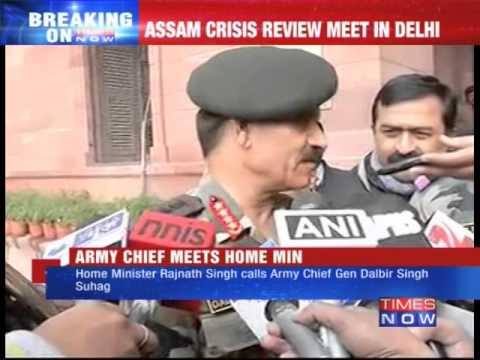