Guwahati, April 19: At least 12 persons were injured during a stray rhino attack in the Lower Assam’s Barpeta district in the last 48 hours.

A rhino calf, which got separated from its mother strayed out from Manas National Park and entered into the Sorbhog town area in the district on Tuesday and was creating havoc in human habitations. 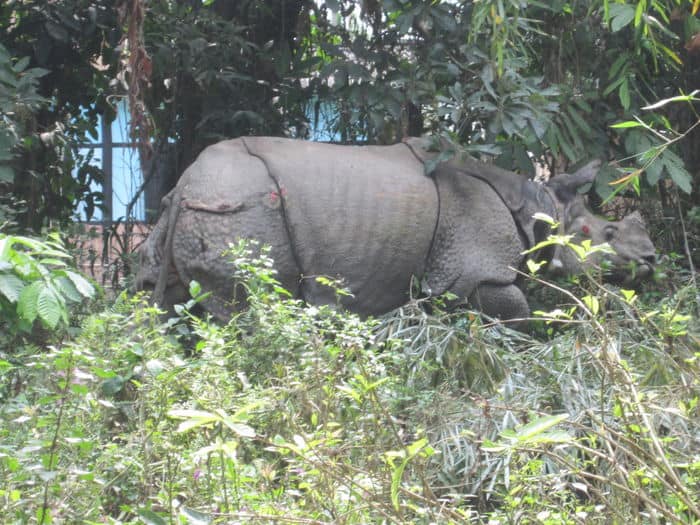 At least 12 people were injured and several vehicles destroyed by the rhino attack in the area.

On Wednesday, local people attacked a forest guard group and the Gheraoed police station as well as the forest department office for failure to capture the rhino and bring it back to its mother.