Iran certainly is a headache for the world at large. US President Donald Trump has all along been unhappy with the deal cut by his predecessor and European countries to lift longstanding sanctions against Iran over its missile programme. And last week the French foreign minister warned Iran to control its ballistic missile programme or risk new sanctions. The minister also wanted Tehran to start contributing in a “positive” manner to resolving the crises in the Middle East. But are the ayatollahs listening?

Far from resolving any crises Iran has indeed been creating ever new ones, its pawprints evident from Yemen to Syria and Lebanon to Iraq – and especially Bahrain.

It comes as no surprise therefore that in a series of counter-terror operations in recent weeks the security authorities in Bahrain have arrested 116 suspected terrorists – a huge figure given it’s an island the size of Singapore with just about a third of it inhabited and a population of barely 1.2 million.

The seized arms and ammunition – some with Iranian ordnance markings – included 42kg of high-grade C4 and TNT, 757kg of urea nitrate, Kalashnikovs, pistols, detonators, magnetic bombs, grenades, anti-personnel explosives as well as devices which can pierce armoured vehicles and fragmentation bombs which can be launched through an RPG to destroy light armoured vehicles. An examination by the forensic lab showed that three of the bombs matched the specifications of the PG7 manufactured by the Iranian ordnance factories.

If that many terrorists and that much arms and ammunition were to be arrested and seized, say, in France that country would be rattled. 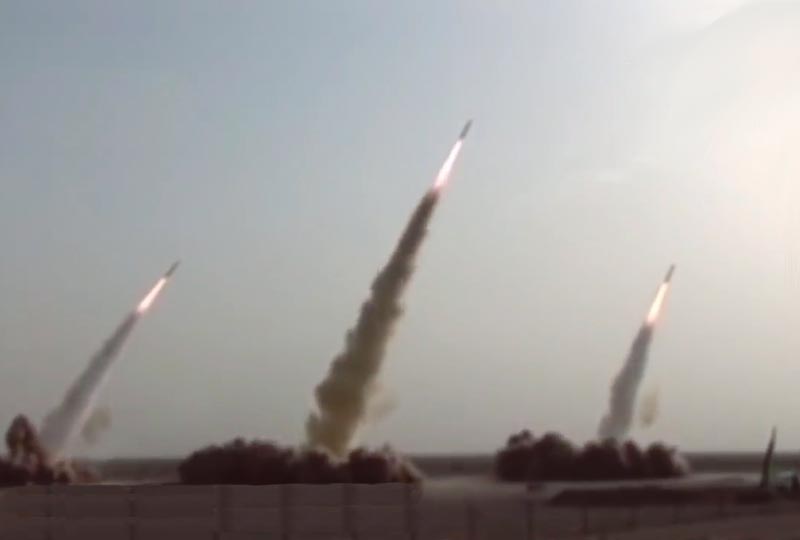 The interrogation of the arrestees has shown that Iran has been involved at every stage of anti-Bahrain activities – from contacting, persuading and training Bahrainis to arming and funding them, and facilitating the creation of sleeping cells and warehouses for the arms and ammunition smuggled by it.

Those arrested “are suspected of a range of terror crimes, including planning and executing terror attacks as well as manufacturing, storing and transporting explosive devices,” according to a statement issued by the Bahrain authorities.

The statement also said that “the suspected terrorists were members of a network formed and supported by the Iranian Revolutionary Guard (IRGC). The network was planning to target Bahraini officials, members of the security authorities and vital oil installations.”

“By providing material, recruitment and training support to terrorists, the IRGC and its affiliates, including the Asaib Ahl al-Haq (League of Righteous People) in Iraq and Hezbollah in Lebanon, are directly responsible for intensifying terrorist activity in Bahrain. The investigations revealed that terror cells within the network were operating under the supervision of IRGC-affiliated groups and fugitive terrorist leaders in Iran, Iraq and Lebanon.”

It even named some of the terrorist leaders [Aqeel Al Sari, Murtadha Al Sindi and Qassim Al Muamen] and said they were responsible “for recruiting terrorists in Bahrain, arranging firearms and explosives training for terrorists, establishing secret warehouses and hideouts, and suppling terrorist groups with funding, firearms, explosives to carry out attacks.” Of the 116 arrested, 48 “had received training at IRGC facilities in Iran and their affiliated locations in Iraq and Lebanon.” [al-arabiya]


So the need of the hour is for the West not to delay punishing Iran for its nefarious activities and misdemeanours in the areas and countries of subsidiary interest to it. Recent history has shown that Iran has but rarely got browbeaten by the threats emanating from the West – like the one from the French minister – and begins to mend its ways only when concrete punitive action is taken against it on the ground.

At the same time the West should take notice that lately Tehran has begun to use Qatar as a minion in its direct or proxy confrontations with the countries in the Gulf Arab region.