According to a source in Ahwaz, the Iranian occupation authorities will begin construction of a new dam under the name of Nargisi. Nargisi is located in the area of ​​Kazerun in Fars Province on the river Hilla in Iran. The regime’s aim is to deprive water from millions of Ahwazis homeland in southeast of Ahwaz. This is another Iranian policy that aims to expel Ahwazi Arabs from their lands.

Ahwazi environmental experts revealed that this type of project is not intended to provide drinking water as claimed by the Iranian officials, but to irrigate the agricultural land of Persian cities which is estimated at about 11,700 hectares.

Ahwazi environmental experts added that the Iranian regime’s authorities are pursuing this policy to pressure the Ahwazis and expel Ahwazi Arabs from their lands. The Iranian regime could have built Nargisi dam in Khormoj city in Bushehr Province to benefit Ahwazi people but the construction of dams in the North-West of Ahwaz transfers the water towards Persian cities.

The area that Iranian regime is considering building the dam was the Centre of resistance to the Iranian occupation in those areas, Khormoj and Hilla river for decades. Sheikh Jaber Al-Damokhi “father of Khazaal” facing the Iranian occupation for six years and his son-in-law, who was killed in the first year with Sir Khadr. Sheikh Jaber and his son Khazaal were trapped in Iranian government headquarters in Khormoj and the river Hilla. Iran had help from their allies and therefore the descendants of the Sheikh reputation is in Khormoj and Bushehr.

In a recent report on ACHR’s website has been mentioned that Ali Amouri in a conversation with an Iranian pro media in Ahwaz, referring to the drought and a severe shortage of water in the Ghizaniyah section, said: “40 villages in Ghizaniyah are facing serious lack of water in supplying drinking water and water reservoirs are empty.”

The water and climate situation Raise Red Flags as Iran is careless to solve any problem in Ahwaz. Ahwaz region have been suffering from water deprivation and successive Iranian regime for years. 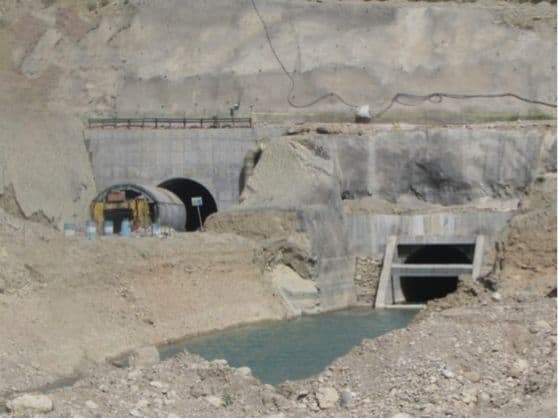 Human Rights abuses such as; where Ahwazis were given a list of names and had limits on the names to choose for their new born children. Up to now in Alahwaz you only have certain names to pick from and not allowed to pick a name without approval of the Iranian Government. This is completely against human rights by not allowing them to shoose their children’s names.

Also, lack of equal employment opportunity, decent education, healthcare, housing even clean water as well as the denial of access to social and political economy rights. This is simply because of the Iranian discriminatory policy directed against Ahwazi Arabs who continue to demand their basic rights, but they were faced with brutal oppression.

Human rights abuses do not stop there, so called “courts” in Ahwaz are rigged trials, in secret. There is the imminent execution of political, environmental and Human Rights activists in Ahwaz.

Ahwaz is the provincial capital of Khuzestan in South-Western Iran, with an estimated ten to twelve million Ahwazi Arabs.


From experience, I can tell you that every Alahwazi Arab struggles with their education as we do NOT have Arabic schools in Alahwaz. So Alahwazi Arab students have to learn Farsi first and then try to keep up with Persian students which reduces their chance of getting a job. Being forced to learn Farsi made me forget my mother language (Arabic), for which I am very ashamed of myself.

Unfortunately, Ahwazi people do not have Arabic Media nor Arabic newspaper. As we all know the importance of Newspapers which provide us with information from around the globe. Arabic newspapers could play a big role in Ahwazi life and can help to control corruption and scams in Alahwaz.

Having Persian Media and Newspaper which is being controlled by the racist Iranian regime is completely useless as they can ignore whatever they want.

For almost a century the Iranian government has been robbing Alahwaz

And transporting it to internal and external people to sell.

Over 90% of oil and gas wealth in Ahwaz region claimed by Iran located in the region, while poverty spreads among Ahwazi people. We are victims of institutionalised wider spirit destitution and deprivation. Examples include;

The government mismanagement and poorly planned dam building has caused wetlands and rivers to dry up, increasing the level of dust particles in the air to record highs.

According to ACHR’s environmental activists in Sus, the reason for dead buffaloes is the shortage of water and poisonous industrial wastewater from Pars Paper Co coming into the Sus environment in several cities including Abo Solieil, Abo Hamdan and Shahid Beheshti district.

Worth noting that the World Health Organization(WHO) has announced Ahwaz as the most polluted city in the world in the year 2015.

We (the Ahwazi people) have been under Iranian occupation and racist regime for almost a century. Ahwaz is being under-reported despite the seriousness of the issues in Ahwaz and systematic discrimination against Ahwazis by the Mullah regime. They should be held accountable by the judicial system.

We demand the international community act now on crimes against Ahwazi Arabs and other ethnic groups such as Kurds, Turks and Balochs.