While Khamenei made a belated confession to injustice by the mullahs’ regime, a gathering of Dervishes in Tehran was attacked by the Iran Regime’s Forces.

On Sunday, February 18, in fear of the nationwide uprising and public anger and hatred, Khamenei, the Iranian regime’s Supreme Leader, belatedly confessed to injustice by the mullahs’ regime which he leads.

Khamenei said: “We are completely aware of the people’s criticisms, and their complaints. We have been told; others have been told too and these words are conveyed to us … When we say they could criticize, it doesn’t mean that they only criticize the government or the judiciary or the parliament; no, somebody may also criticize me too.”

He added, “We are retarded in justice, there is no doubt about it; we acknowledge, and we admit this … Regarding justice, we should try hard, we should work, and we should apologize to the Almighty God and the dear people. We have problems in justice.”

Khamenei’s apology is merely reminiscent of the Shah’s message in November 1978, two months before he fled Iran, when he said: “I heard the message of your revolution.”

Khamenei’s words are also out of delirium over the regime’s collapse. He is making this apology at a time when his crimes have not diminished whatsoever, and every day there is news about deaths under torture by the regime’s henchmen of those who were arrested in the uprising.

Khamenei is the greatest thief in Iran’s history and the great killer of Iranian people. He and other leaders of the regime are responsible for plundering, mass executions, massacres and torture over the past four decades.

In the course of the January uprising, the Iranian people gave their response to this belated remorse with the slogans of “death to Dictator” and “Down with the mullahs’ rule.” With this foolish tactic, he will not be able to rescue his broken and totally corrupt system from overthrow.

A gathering of dervishes in Tehran was attacked by by the Iranian regime’s suppressive forces.

A dervish is a member of a Muslim (specifically Sufi) religious order who has taken vows of poverty and austerity. Dervishes first appeared in the 12th century. Their focus is on the universal values of love, peace and service.

On February 19th, repressive forces attacked Dervishes with tear gas, batons and gunfire. The group of Gonabadi Dervishes had gathered outside the police station in Pasdaran Ave in Tehran, Iran. According to reports, a number of protesters were injured and some were arrested. They had gathered since the morning in protest after the arrest of one Dervish and demanded his release.

The security and intelligence forces have surrounded the area, and their number is increasing. A group of people in surrounding streets blocked the transfer of repressive forces to the location. A number of police force motorcycles were destroyed by the protesters. 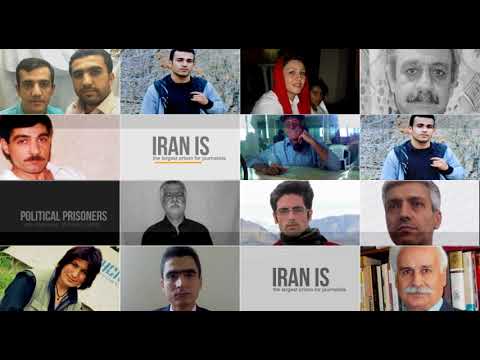