“Convert. Submit to Islam. Or face the sword.”

Christians are under threat and facing exceptional dangers in the northern city in Syria.

According to media reports, Christian community in Raqqa has been receiving grave threats. Options were given to them, whether to convert to Islam or face death.

The Islamic State of Iraq and the Levant or popularly called the ISIS and also terroris group, is on a mission to require christians to renounce their faith and embrace Islam. The consequences for not complying to their demands is death.

The Raqqa’s Christians are subject to suppression and forced to adhere to Islamic Shariah law. Extreme policies were imposed including prohibiting christians to wear crosses or other symbols of their faith. 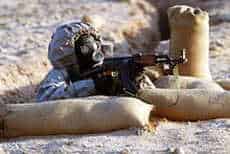 Threats like these are not something new to Christian Syrians. Islamist attacks on Christians include rapes and kidnappings.

US deplores Islamist attacks against Christians in Syria

In her press statement in Washington DC, Department Spokesperson Jen Psaki said the United States deplores continued threats against Christians and other minorities in Syria.

Ms. Psaki especially noted the recent threats perpetrated by The Islamic State of Syria and the Levant (ISIL). The notorious group has been forcing christians to submit to Islam

The ISIL has low regards for Syrian lives, she added.

“We strongly condemn these abuses and urge all parties to protect and respect the rights of all Syrians, regardless of ethnicity, gender, or religion.” – Ms. Psaki

The ISIL has gained strong control in northern Syria where it imposed a strict Sharia law including four border towns of Atmeh, al-Bab, Azaz, and Jarablus. ISIL group is known for its brutal acts of torture and summary killings.

As of December 2013, ISIL has detained dozens of foreign journalists and aid workers.

The violence in Syria, which began in March 2011 as a protest movement similar to those witnessed across the Middle East and North Africa, has claimed over 130,000 lives, mostly civilians, and displaced tens of thousands.