The spate of bombings in Bahrain has suddenly caught momentum since the beginning of the year and only signifies the utter frustration of the trouble-makers’ masters sitting across the Arabian Gulf in Iran.

International sanctions, appeals, warning and offers of talks – nothing seems to work when trying to tackle Iran’s inflexible, single-minded devotion to creating trouble and adding to the conflagration in trouble spots in the Middle East. U.S. Presidents have come and gone but the ayatollahs and the Iranian Revolutionary Guards in Iran have failed to see reason and continue to threaten Bahrain, glower at Saudi Arabia and back the rebels from Yemen to Lebanon.

While extending threats to Bahrain and supporting the anti-government cells in the country by every possible means – moral, material and financial – has been Tehran’s practice for many years, from New Year’s Day this year, it seems to have gone into high gear.

It was on January 1 that, in a well-executed plan, anti-government thugs stormed the local prison at dawn and released 10 high-profile terrorists serving long sentences while leaving one policeman dead. Thereafter, even as police closely scoured the island kingdom looking for them, the terrorists and their sympathisers took to planting and exploding bombs randomly, targeting police vehicles. The Coast Guard, in turn, managed to intercept a boat with terrorist fugitives heading for Iran, killing three of them in cross-firing and arresting seven.

In the last two months there has been a string of blasts which have injured both policemen – sometimes those off duty – as well as civilians. In one case, terrorists shot an off-duty police officer at his farmhouse. The latest bombing targeted a bus carrying off-duty policemen, five of whom were injured. The cycle seems to continue with no lull in sight. 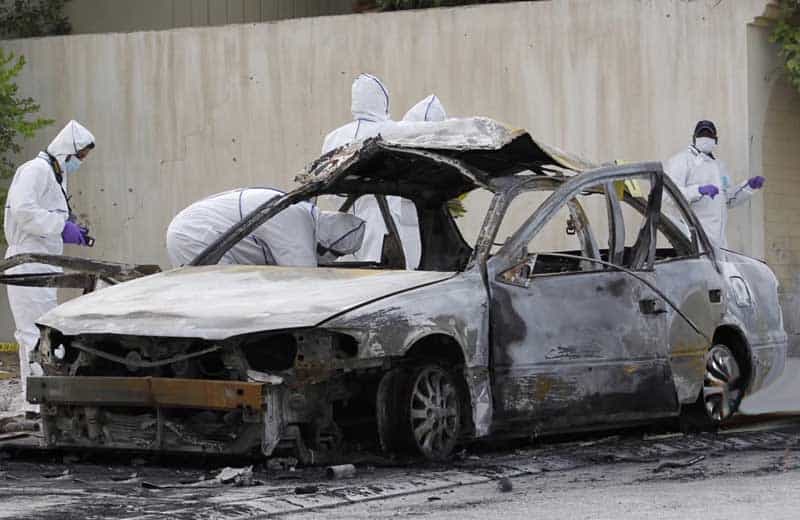 One look at the history of the modern world would show that bombs have never brought victory for the perpetrators, however worthy their cause. It is talks and discussion on rational lines, where each party lends its ears to the arguments of the adversary, that eventually throw up a solution. More so in a tiny island like Bahrain where a terrorist has virtually no chance of either hiding for long or escaping.

In the wake of the 2011 troubles in the kingdom, Bahrain had pardoned a majority of trouble-makers and over the years offered talks three times, but each time they were abandoned by the ‘aggrieved’ anti-government factions on specious grounds. These factions also refused to take part in the parliamentary elections.

While much can be sorted out in face-to-face talks, it is futile to resolve issues and grievances if, instead, faceless thugs operating in the shadows of the night continue to plant bombs and kill and injure people indiscriminately in the hope of achieving their goals and getting what they want.

Ultimately it is talks that resolve issues, not bombs.