An Iranian bank set up in Bahrain in 2004 as a joint venture between Bahrain’s Al Ahli Bank and Iran’s Bank Melli and Bank Saderat has been exposed as a Trojan Horse. Called Future Bank, which was closed down by Bahrain in 2015, it facilitated Iran to circumvent international sanctions [on account of its nuclear programme and support for terrorist groups] and allowed it to buy and sell billions of dollars of goods and fund terror activities as well.

Washington Post has now unravelled the dirty operations of Future Bank when investigations began following the bank’s Iranian stakeholders approaching an international arbitration court in The Hague. In a report this week, the US newspaper says the bank concealed $7 billion worth of transactions during the 11 years that it was under operation in Bahrain.

The bank also allowed the disgraced Bahrain-based cleric Isa Qassim to make cash deposits worth millions of dollars over the years and transferring part of it to a charity that Bahrain says has links to terrorism.

The western countries eventually blacklisted it and it was barred from using the SWIFT electronic payment messaging system. Bahrain’s hundreds of pages of audit findings, submitted to the Netherlands court, show the bank operated mainly to provide Iranian companies secret access to the foreign markets and the international monetary system. The audit “revealed crimes and violations of Bahraini and international law of massive proportions,” Bahrain’s Foreign Minister said in a written statement to Washington Post.

The auditors also discovered hundreds of bank accounts tied to individuals convicted of crimes including money laundering and terrorism financing, as well as phantom loans provided to companies that operate as fronts for Iran’s Islamic Revolutionary Guard Corps, according to the confidential court filings obtained by the paper, as quoted by the Bahrain daily GDN.

The rogue bank thus allowed Tehran to defy international sanctions meant to punish it over its nuclear programme and buy and sell billions of dollars worth of goods nonchalantly, in other words giving a crook secret access to foreign markets.

According to GDN among the violations cited were 260 instances in which Future Bank opened accounts for individuals convicted of financial crimes such as money laundering and supporting terrorist causes.

In view of these revelations one would like to know how far the world community, especially the banking community, will be willing to go to punish Iran. The point is the consequences of such fraudulent activities are not solely financial. The ramifications of such transactions when they enter the territory of terrorism have a bearing on the political and security aspects of the affected countries as well.

In this case not only was the rogue bank based in Bahrain, apart from financing terrorism elsewhere in the region it facilitated and helped encourage anti-government, terrorist and disruptive activities in Bahrain as well. 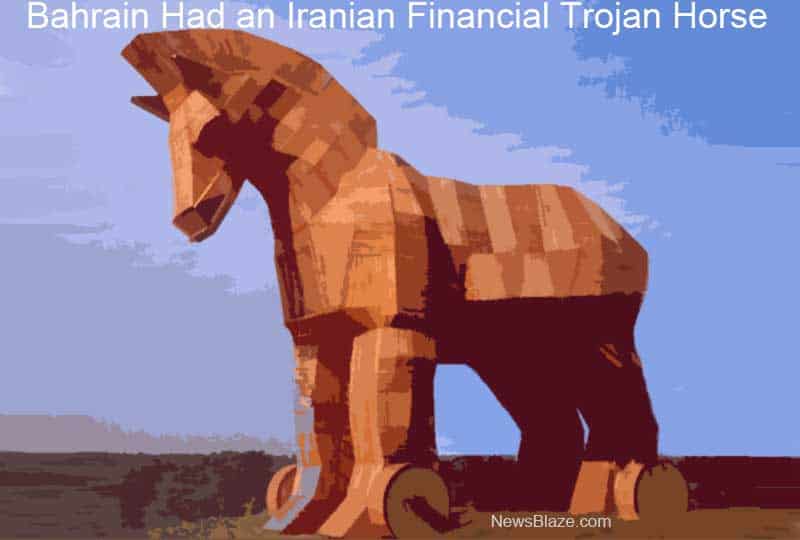