It is good to notice Bahrain expanding its ties with nations of substance and influence, such as Russia and China. History shows that confining itself to the UK and the US has brought only limited advantages for Bahrain.

In the beginning there was only Britain and sitting in Bombay, the headquarters of the eponymous presidency, it controlled the foreign affairs of littoral states from Kuwait to Yemen, Bahrain included. From the early 19th century up to 1971 – the year the UK ended its authority in the Arab Gulf region – there was no other nation the regional enclaves could rely on. And as they pulled out, they shut their naval base in Bahrain, which had come up thanks to Bahrain’s significance in the early oil era in the region as an advanced nation with superior infrastructure. [Steps were taken last year to set up a new one, though].

Not long after, the Americans stepped in [or rather expanded their interests beyond Iranian oil] and ramped up their stake and influence in the wake of the Iran-Iraq war in the early 1980s resulting in the establishment of one of the largest US naval bases outside the US.

Bahrain’s relations with the two nations have been cosy and they have been considered trusted allies for a long time. But lately it has been noticed that their commitments have been below the kingdom’s expectations. The UK has been overlooking Bahrain’s concerns in relation to the anti-national elements seeking sanctuary there. Indeed many of them have been convicted by Bahraini courts for terrorist activities. The US sprung a surprise on Bahrain by cosying up to a section of the population harbouring inimical ideas towards Bahrain and its unity. 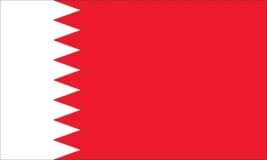 One has to see the situation of Bahrain coming closer to Russia and China in this context. When your trusted allies begin to show signs of shakiness it is time to move on and look for allies in new pastures. One reason Bahrain did not come very close to these nations in the past also was a degree of caginess inspired by their communist ideology. But the world has moved on and so have Russia and China and even they have largely shed their old-time straitjacket of stodgy ideas as they mingle with the mainstream, whether its the WTO or the international diplomatic stage.

Indeed the widening of diplomatic and commercial horizons by Bahrain is also a way of nudging the old allies to wake up from their slumber and stop living in the belief they can take Bahrain for granted. Thus, Bahrain’s King is just back from Moscow after talks with President Putin and the visit also resulted in the signing of a military cooperation agreement apart from a joint committee for commercial, economic, scientific and technological cooperation. An MoU on oil and gas between Bahrain and Gazprom of Russia also was signed and another for oil and gas exploration with Rosgeologia of Russia.

Around the same time, an official Chinese business delegation was received in Bahrain for increasing bilateral commercial and investment opportunities. This was the latest in a series of high-level visits between Bahrain and China to strengthen cooperation across sectors. China already has a high-profile diplomatic presence in Bahrain. Only last year Bahrain opened an exclusive purpose-built mega commercial mall exclusively for Chinese goods and services.

As the commercial and diplomatic ties grow, leading countries also help put across the viewpoint of their allies before the world community forcefully and one hopes Bahrain will also benefit by that logic.