This week we have commemorated one year to Shim Erem’s passing. Family, close friends and colleagues to the cause have gathered for the unveiling of the tombstone ceremony conducted by rabbi Kalman Topp of Beth Jacob Congregation; among the attendees were Pastor Dr. Jack Hayford, Chairman Israel Christian Nexus (ICN), Jacob Dayan, ICN President and Israel Consul General David Siegel.

When one thinks of Shimon Erem the Biblical story of the twelve spies, whom Moses send to check out the promised land, comes to mind. When the spies came back from their 40 days tour of the land, ten of them reported that the land was unconquerable; only Caleb and Joshua reported that the Israelites can overcome the obstacles of entering the land and settle there.

The reason the ten spies were overcome by fear was because they lacked faith, did not know their own capability, they did not think they deserve the land of milk and honey. The result, the Israelites remained wandering in the desert for forty year, a year for each day the spies spent in the land. The bible tells us though that Caleb possessed different spirit with himself. When all said no, he said yes, when all said we cannot, he said, yes, we can.

Shimon Erem was Caleb of the 20th century; he had a different spirit, a spirit Israel must adopt; not to succumb to pressure, not to listen to ten spies like people so she ends up paying the price the Israelites paid over 3000 years ago.

Shimon was an ambassador and a bridge between Jews and Christians communities worldwide. A courageous, fearless man, a hero of the Jewish people and Israel. He was a true inspiration who left a legacy of a better world. May we be worthy of Shimon’s legacy by continuing his holy work. 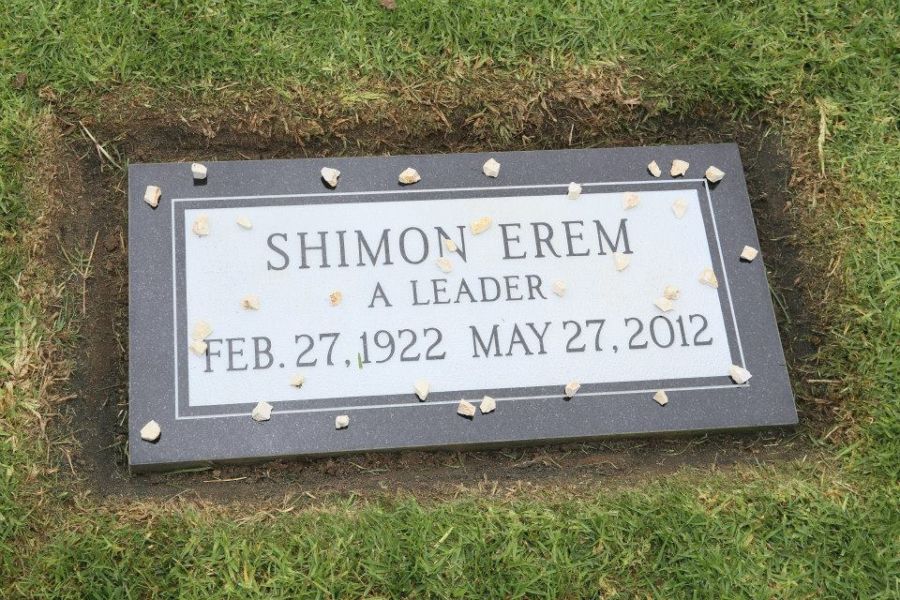 “He gives wisdom to the wise-and knowledge to the discerning.” Daniel 2:21